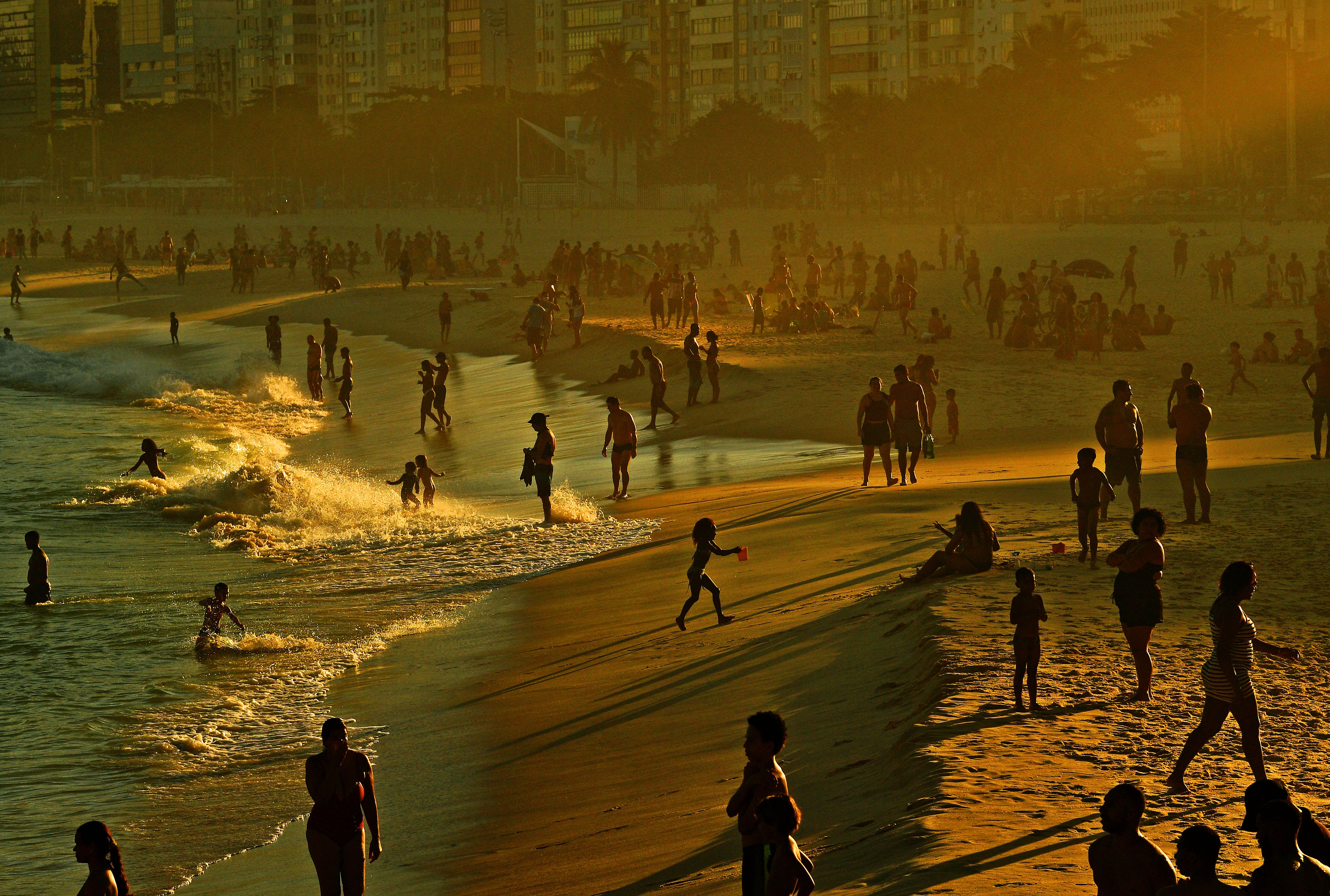 People enjoy the beach in Leme, south of Rio de Janeiro, Brazil, on June 21, 2020 during the Covid-19 coronavirus pandemic.CARL DE SOUZAA surge in coronavirus cases in the U.S. and Brazil, and further outbreaks in Germany — where the reproduction rate of the disease has risen substantially — are concerning global health experts, but international financial markets don’t seem too worried.The largest single-day increase in global coronavirus cases was recorded on Sunday, according to the World Health Organisation (WHO), after more than 183,000 new cases were reported worldwide.Brazil, with nearly 55,000 new infections, saw the largest number of cases reported, followed by the U.S., with more than 36,000 new cases reported Sunday. India, meanwhile, saw more than 15,000 new infections, the WHO said.It should be noted that increases in the numbers of coronavirus cases could be down to increased and more widespread testing, and also anomalies in data collection. Brazil’s large spike in cases on Sunday, for instance, was in part due to a lag in reporting from three states (Bahia, Rio de Janeiro and Sao Paulo) compounding data from two days, WHO noted.Nonetheless, the surge in cases does not appear to be a one off. In the U.S., more than 30,000 new coronavirus cases were reported on both Friday and Saturday, with infections rising in states across the South, West and Midwest.Still, global markets don’t seem too perturbed by the uptick in coronavirus cases; U.S. stock futures rose early Monday morning following a solid weekly performance on Wall Street, while in Asia, shares were mixed Monday. European markets opened lower but pared early losses to trade down just 0.1%.The total number of global confirmed cases since the start of the outbreak is now nearing 9 million and the death toll is close to half a million, with 468,331 reported deaths, according to Johns Hopkins University.Germany’s rising ‘R’ rateEven Germany, a country which has been heralded as a poster-child for its coronavirus strategy, saw its reproduction rate jump to 2.88 on Sunday.The closely-watched “R” rate refers to the number of people that an infected individual goes on to infect, on average. Germany’s current R rate means that 100 people infected with the virus would, on average, go on to infect 288 people. Experts want to keep the reproduction number, or R rate, under one to slow the spread. The data from Germany’s public health body, the Robert Koch Institute, is a moving 4-day average, which reflects infection rates about one-two weeks ago, it said. The R rate “reacts sensitively to short-term changes in case numbers, such as those caused by individual outbreaks. This can lead to relatively large fluctuations, especially if the total number of new cases is small,” the RKI noted.The rise in the country’s R rate and new infections (687 were reported Sunday) reflects localized outbreaks in nursing and retirement homes, among several religious communities and schools, as well as an outbreak at a meat-processing factory, where more than 1,000 employees tested positive for Covid-19, the RKI noted.Germany’s data is sobering given that it has been praised for its coronavirus strategy. It implemented early contact tracing and managed to keep its death toll low compared to other countries. It has reported 8,895 deaths, according to Johns Hopkins University, despite 191,272 confirmed cases of the virus — a far lower fatality rate than its western European peers. France, for example, has recorded a similar amount of cases, of just over 197,000, but its death toll stands at 29,643.Economic concernsThe uptick in cases seen worldwide comes after many countries lifted a number of the restrictions imposed on public and business life during lockdowns. The International Monetary Fund warned last week that the global economy was on track for a more significant contraction than the 3% it estimated in April.Economists are watching the global numbers carefully, however, weighing up their potential impact on a global economic recovery. “Could a rise in new infections force advanced economies to re-impose lockdowns that are so harsh and widespread that they would shatter confidence and disrupt the nascent economic rebound? Four months after the virus started to hit Europe badly, that remains the key risk to watch for the economic outlook as well as for financial markets,” Holger Schmieding, chief economist at Berenberg, said in a note Monday.

Here are five charts that track how the U.S. economy is recovering from coronavirus
MLB players union rejects latest league proposal to start 2020 season delayed by Covid-19
To Top
error: Content is protected !!