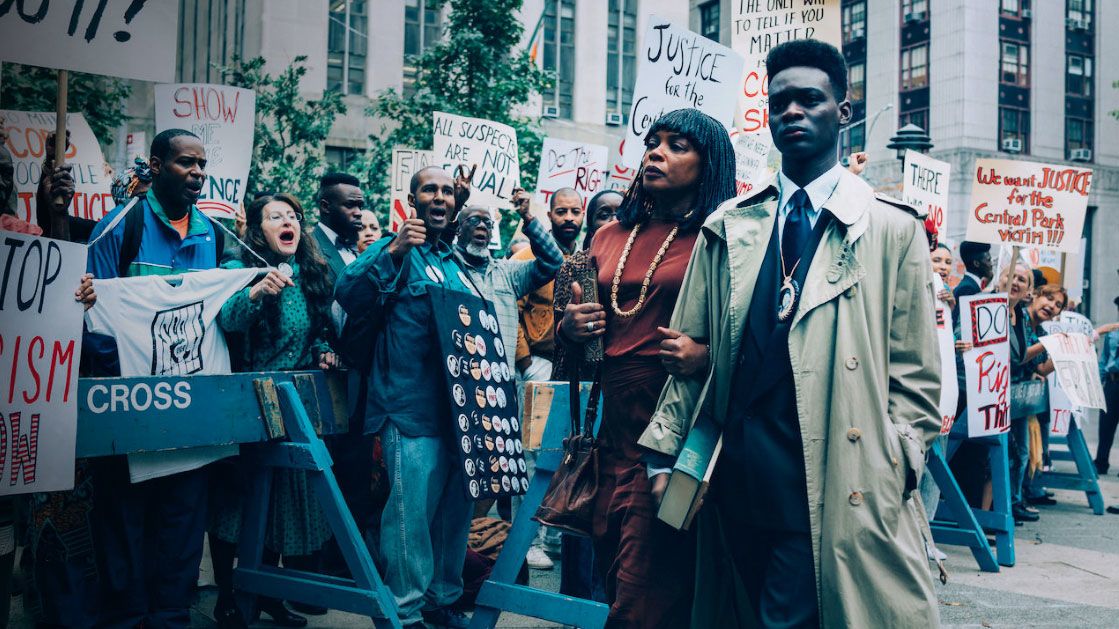 A still image from “When They See Us.”

As streamers face more and more competition, miniseries may be one way to stay ahead.

In its second-quarter earnings, Netflix reported that it lost more than 100,000 subscribers in the U.S. It was expected to gain over 300,000.

Neil Macker, a senior equity analyst at Morningstar covering media and entertainment, said Netflix has more competition than when it started creating original content. Viewers can or will soon be able to choose between Amazon Prime, Disney+, HBO Max, the improved Hulu and a streaming service planned by Comcast.

“You’re just going to have to find a way to attract new subscribers and retain your current subscribers,” Macker said.

Enter the miniseries. There’s been a recent boom in the popularity of limited series, and they may be a way to attract those subscribers. The Emmy category is full of shows you’ve likely heard of, if you haven’t already watched.The nominees this year were HBO’s “Chernobyl” and “Sharp Objects,” Showtime’s “Escape from Dannemora,” FX’s “Fosse/Verdon” and Netflix’s “When They See Us.”

The limited series category — defined as series with at least two episodes and a total running time of at least 150 program minutes that tell a complete, nonrecurring story — didn’t stand alone until 2015, when the Television Academy separated limited series from the broader category Primetime Emmy Award for Outstanding Miniseries or Movie.

Macker said the genre is one way Netflix can get some buzz around its content slate.

“It’s a different type of model and it’s intriguing to people,” Macker said. He added that limited series have a way of getting media attention in the U.S. because they are less common, and not open-ended like other television shows.

Netflix is a content machine that needs to constantly come up with new ideas, he added.

“They have to feed the beast,” Macker said.

Viewers have shown an appetite for this type of television — “Chernobyl” currently sits at the top of IMDB’s list of top-rated television shows.

The boom of limited series is a sign that viewers want to see more high-quality television, said Debbie Danielpour, an assistant professor of film and television at Boston University. It shows that there is a desire to see more complicated stories, like those adapted from novels (think HBO’s “Sharp Objects”) and real life criminal cases (think FX’s “The Assassination of Gianni Versace”).

Danielpour said miniseries allow viewers to experience the nuances of situations, like the depiction of the Central Park Five in Netflix’s “When They See Us,” without being sucked into seasons and seasons of the same story.

“For issue shows, unless they’re anthologized with a different issue each season, limited series are perfect,” Danielpour said. “I don’t think people are willing to commit themselves to watch something about, say, Chernobyl after six episodes or eight episodes.”

Viewers find comfort in not having to make a long-term commitment to yet another television series, said Robert Thompson, professor of television and population culture at Syracuse University.

“The limited series is like a summer fling — this heated romance that burns brightly but doesn’t necessarily carry commitment,” Thompson said. He added that HBO’s “Games of Thrones” was a long-term relationship while “Chernobyl” was a fling and “fun while it lasted.”

A scene from Netflix’s miniseries “Chernobyl.”

Danielpour said miniseries are appealing to actors as well because they don’t have to commit to more than a few episodes and to producers because it gives them a “test round.” She pointed to HBO’s “Big Little Lies” and Hulu’s “The Handmaid’s Tale,” both of which were seemingly over after the first season covered a whole novel, but then got picked up for second seasons after their successes.

For streaming services like Netflix and Hulu, the limited series is a strong option because they don’t have to meet some of the same needs of traditional networks, Thompson said. The model of broadcast television and advertisements relied on people turning on their televisions to watch shows at a specific time.

“[They] had to make shows where people would come back and watch week after week,” Thompson said. “You had to maximize audiences over and over again.”

NBC’s “Must See TV” slogan used during the 1990s to advertise the Thursday night lineup, which included shows like “Friends” and “Seinfeld,” is a prime example of how the networks had to use advertising to keep their viewers coming back.

For traditional networks relying on this model, Thompson said, limited series could get high ratings, but they couldn’t help with a network’s goal for a specific time slot. The nature of the genre means they don’t bring back repeat viewers for months at a time.

Streaming services, on the other hand, don’t need to meet the same requirements. They don’t need to worry about whether or not people are watching at a certain time — they just need people to watch.

“The subscriber business model is very much friendly to the idea of a limited series in the way that a broadcast model isn’t,” Thompson said.

So expect to see more. AT&T’s HBO is planning to air the 10-part “Our Boys” on Aug. 12. Filmed in Israel, it tells the story of the events leading up to a war in Gaza in 2014. On Sept. 13, Netflix will premiere “Unbelievable,” a limited series based on The Marshall Project and ProPublica’s Pulitzer Prize-winning article “An Unbelievable Story Of Rape. “

The drugs with biggest price surge are for erectile dysfunction: study