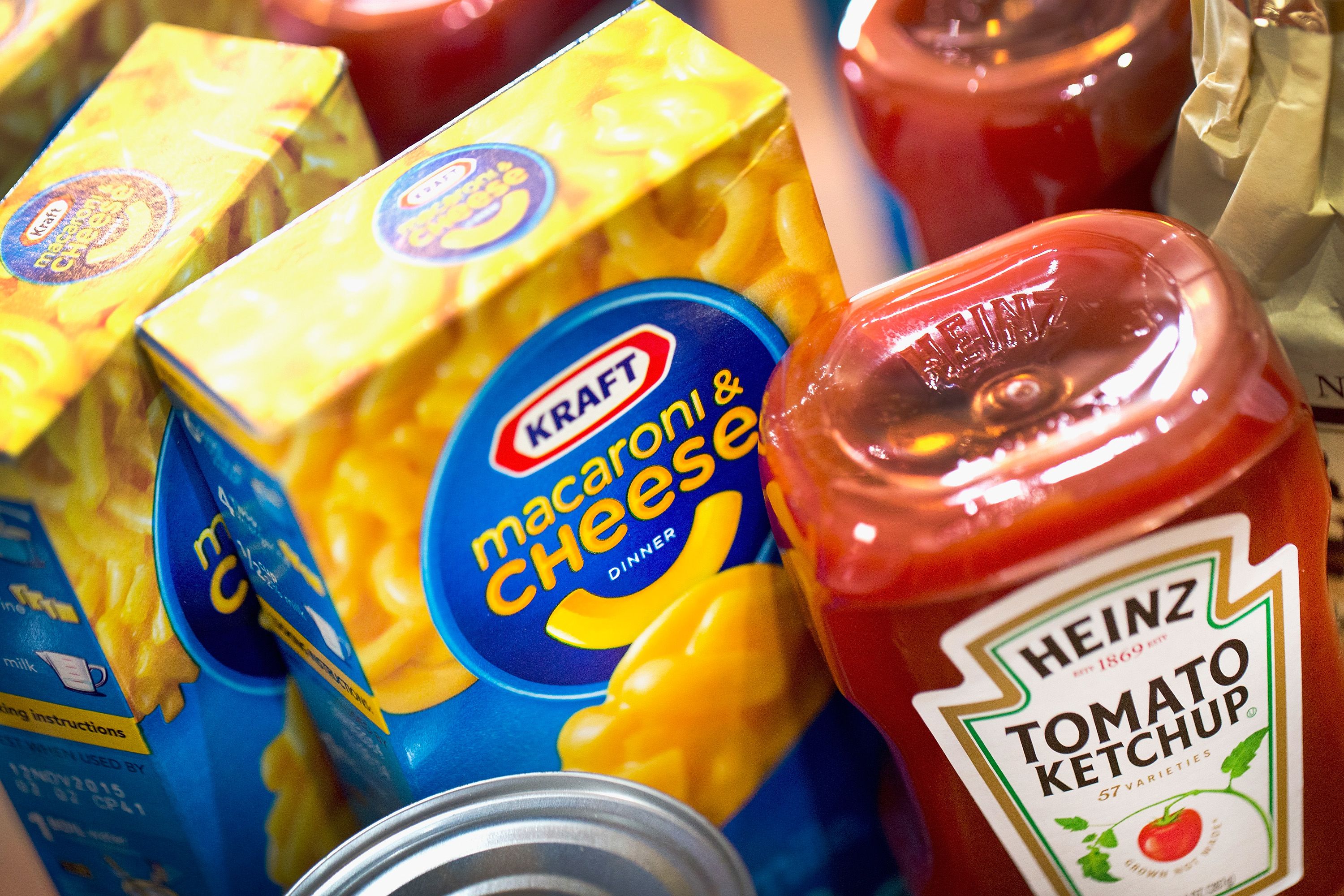 After a business review that launched the sale of three Kraft Heinz brands, the beleaguered food giant is going back to the drawing board.

Kraft Heinz had put up for sale its Maxwell House coffee business, Breakstone’s sour cream and cottage cheese and baby food brand Plasmon earlier this year to help pay down debt and refocus its business on brands like its Heinz ketchup, which remains a kitchen staple in pantries globally. After tepid buyer interest and a new CEO, it has put the sale of Breakstone’s and Plasmon on hold, people familiar with the situation tell CNBC.

The people requested anonymity because the information is confidential. Kraft Heinz declined to comment.

Kraft Heinz is still trying to sell the Maxwell House unit, but has so far faced push back from private equity buyers wary of the investment needed to reinvigorate the brand after years of being run by a cost-focused management team, people said.

Corporate buyers, meantime, are unexcited by packaged coffee as more and more people take their caffeine on the go, or through premium machines like Nestle’s Nespresso.

Amid the uncertainty, Kraft Heinz has put the potential sale of its Ore-Ida frozen potato business on the back-burner, until its new CEO, Miguel Patricio, reviews all its brands, people said. Still, industry sources point to the same brands as being the ones most likely to be sold, as Kraft Heinz has weighed selling Ore-Ida and Breakstone’s before.

The halted divestitures put even more pressure on a company that is struggling with stalling sales, falling profit and shares that have tumbled nearly 26% year-to-date. The company, which is backed by private equity firm 3G Capital and Warren Buffett’s Berkshire Hathaway, has had to defend a business model that is heavy on cost-cutting and deal-making, as opportunities for both have dried up.

Critics have said Kraft Heinz cut investments in its brands at the expense of growth. The company does not break out marketing investment in annual filings, but people familiar say helping the company achieve its aggressive annual EBITDA goals superseded brand-building. As its sales declined — nearly a percentage point from 2016 to 2017, according to FactSet — pressure to increase EBITDA through cutting costs ramped up.

In February, Kraft Heinz slashed its dividend by 36% and wrote down two of its biggest brands, Kraft and Oscar Mayer, by $15 billion. It also disclosed an investigation by the Securities and Exchange Commission into its accounting and procurement practices.

In hopes of a turnaround, Kraft Heinz earlier this year brought in Patricio from beer giant Anheuser-Busch InBev, replacing Bernardo Hees as CEO.

In lieu of immediate divestitures, Patricio is tasked with turning around brands like Oscar Mayer, Velveeta, Planters and Jell-O that are off-trend from today’s focus on less processed foods. Many of its categories, like precut potatoes and Planter’s nuts, are also vulnerable to competition from private label brands.

“Selling those brands was a short-term move. And while short-term-ism has driven Kraft Heinz’s stock and valuation over the past few years, that’s run its course. Now investors want to see real opportunity to drive the fundamentals and reinvigorate its business,” said Wells Fargo analyst John Baumgartner.

Kraft Heinz peer, Campbell Soup, faced similar challenges this year. The soup company came under fire from activist investor Dan Loeb for falling soup sales and missed earnings targets, which he attributed to lack of innovation and poor management. Critics said Campbell relied on the cost-efficiency of its canned, condensed soup over new innovation in line with today’s eating habits.

Like Kraft Heinz, it has sought to sell brands to pay down debt, including its fresh food and international brands. It is currently in talks with private equity firm KKR Capital to sell its international business, which includes the famed Arnott’s biscuits for roughly $2 billion after lead buyer Mondelez dropped out of the running, people familiar say.

Shares of Campbell are up roughly 26% though the year.

Other large food companies have slowly repositioned their portfolios while working to propel brands through innovation and marketing. Conagra revived its frozen food business and shares of Hershey are up 37% this year after it made acquisitions of on-trend brands like SkinnyPop-parent Amplify and protected its core chocolate business through new products like Reese’s Outrageous.

But 3G’s business model has focused in large part on slashing excess costs of a slow-growing company and using those savings to fund an acquisition of another slow-growing peer. That meant cost-cutting took priority over developing a cohesive vision and approach to growing brands.

The company had a few successes, like Ore-Ida Just Crack an Egg, but other brands, like Maxwell House, got lost in the fray, people familiar say.

Patricio has said that his time as global chief marketing officer at Anheuser-Busch InBev gives him the experience managing and growing brands that his predecessor Hees, who had an operational background, lacked. He, therefore, hopes to move Kraft Heinz beyond its cost-cutting focus.

Some analysts, though, have expressed initial concern about whether Patricio’s tenure at AB InBev sufficiently prepares him to usher in massive change.

The beer industry is less competitive than food, which is swimming with new rivals that pop up as tastes and diets quickly change. AB Inbev, which has a market capitalization of about $163 billion, has a stronger hold on the beer industry than Kraft Heinz does on the food industry.

And while different than Kraft Heinz, AB Inbev is likewise a 3G-affiliated company that has had its own challenges with debt and growth. As result, the company, which, like Kraft Heinz is levered at at roughly four times EBITDA, has focused on peeling back its business rather than buying, in order to tackle both challenges.

AB Inbev earlier this month called off an IPO of its Asia Pacific unit, Budweiser Brewing Company APAC, after reports valuations came in below expectations. Shortly after, it announced it is selling its Australian unit to Japan’s Asahi Group Holdings for about $11.3 billion, as another path to bringing down debt.

The sale, so soon after its canceled IPO, led analysts at RBC to write, “We can’t help wondering if the level of debt that AB InBev is carrying is exerting more stress on the business than we had previously realized.”

Kraft Heinz, meantime, has $3 billion of debt coming due in 2020, which may have to be refinanced, analysts note.