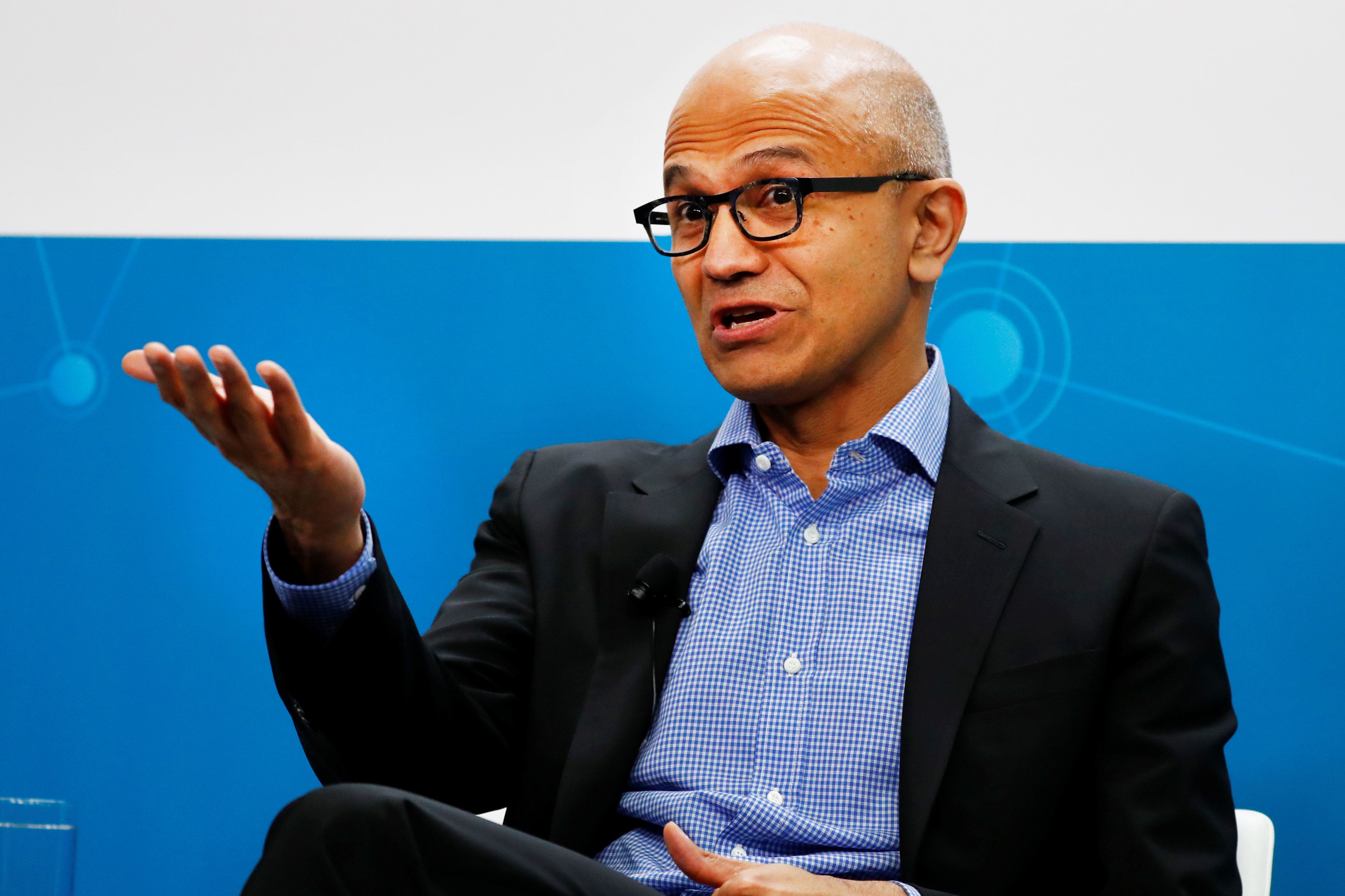 Microsoft CEO Satya Nadella said he could care less that the company has hit $1 trillion in market value under his leadership.

“I would be disgusted if somebody ever celebrated our market cap,” Nadella told Bloomberg Businessweek in an interview. While Microsoft’s stock has spiked 230% during Nadella’s tenure as CEO beginning in February 2014, he told Bloomberg the milestone is “not meaningful.”

Nadella would prefer to remain focused on the future rather than celebrating past accomplishments, he told Bloomberg.

“At Microsoft we have this very bad habit of not being able to push ourselves because we just feel very self-satisfied with the success we’ve had,” he said. “We’re learning how not to look at the past.”

That mindset has helped Microsoft grow its cloud business to become a serious competitor to the dominant player in the space, Amazon Web Services. Microsoft’s Azure may be smaller, but it’s now growing faster than AWS. In its Q3 2019 earnings report last week, Microsoft said revenue for its commercial cloud business, which includes Azure, grew 41% in the quarter to $9.6 billion, a rate matching AWS’ Q1 2019 growth reported the same week. But Azure revenue alone grew 73%, Microsoft said.

Nadella opted to focus on growing the cloud business at Microsoft in favor of continuing to funnel resources to the Windows division. His $7.6 billion write-off of former CEO Steve Ballmer’s purchase of Nokia proved Nadella was committed to looking forward at the company rather than focusing on old ambitions in mobile. Microsoft largely missed its chance to become a player in mobile, and now Apple and Google dominate the space.

While Microsoft has since fallen below the $1 trillion market cap, it remains neck and neck with Apple and Amazon for the title of the world’s most valuable company — not that Nadella is keeping track.