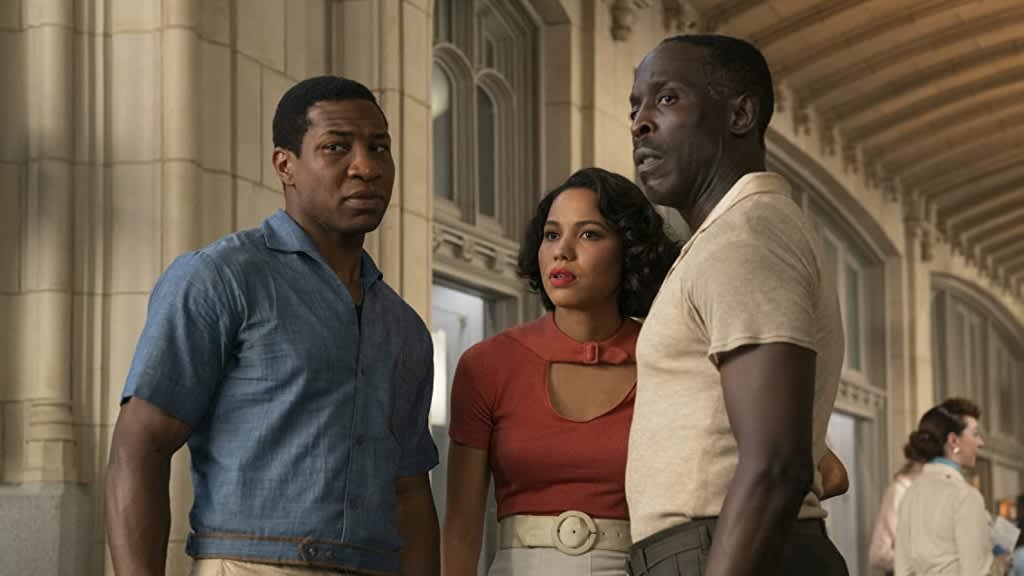 Jonathan Majors, Jurnee Smollett and Michael Kenneth Williams star in “Lovecraft Country.”HBOBarrier-breaking actor Michael K. Williams, beloved for his role as shotgun-wielding antihero Omar Little in the HBO series “The Wire,” has died, a New York Police Department spokesperson said.The actor and activist, 54, was found dead Monday afternoon in his apartment in his native Brooklyn, according to the spokesperson. The cause of his death was not known at the time of publication.HBO mourned Williams, one of the prestige cable network’s go-to actors, as a performer who touched many lives.”We are devastated to learn of the passing of Michael Kenneth Williams, a member of the HBO family for more than 20 years,” HBO said. “While the world is aware of his immense talents as an artist, we knew Michael as a dear friend who was beloved by all who had the privilege to work with him. We send our deepest condolences to his family for this immeasurable loss.”Williams, a four-time Emmy nominee, began his performing career as a professional dancer when he was 22 years old, according to his official biography. He came up through Harlem’s famous National Black Theatre Company and other prestigious institutions before making his feature film debut in 1996’s “Bullet” alongside Mickey Rourke and Tupac Shakur.Williams had 111 acting credits, according to his IMDb profile. He is slated to appear in the upcoming films “892” and “Surrounded.”In addition to his part in “The Wire,” which ran for five seasons from 2002 until 2008, Williams was known for pivotal roles in other HBO series such as “Boardwalk Empire” and “Lovecraft Country.” He also appeared in films such as the Oscar-winning “12 Years a Slave,” “The Road” and “Inherent Vice.”But his role as Omar in “The Wire,” which is regularly mentioned as a contender for the greatest television series of all time, is what cemented him in American cultural immortality. The trench-coat-clad character, an openly gay gunman who preys upon drug dealers on the mean streets of writer-creator David Simon’s Baltimore, broke fresh ground for Black LGBTQ representation on screen. Omar announces his presence to his stick-up targets by whistling the children’s tune “The Farmer in the Dell” and delivers memorable lines such as “All in the game, yo” and “A man got to have a code.”Also: “You come at the king, you best not miss.”And yet, despite performing the character with aplomb, Williams found it hard to get into character as Omar. “Anybody that really knows me … knows that’s very far from my character, so I just had a hard time finding a believable state of mind to execute the character,” he told NPR in 2018. “I just kept going to laughter.”Williams told The New York Times in 2017 that learned the ins and outs of handling a gun from a drug dealer in Brooklyn.”Best acting lesson I ever had,” the actor told the newspaper.Williams also founded a nonprofit organization, Making Kids Win, to help young men and women obtain education and opportunities that would keep them out of harm’s way, especially away from gun violence and incarceration.Tributes to Williams poured in as news of his death spread. In a Twitter post, Wendell Pierce, one of Williams’ fellow “Wire” stars, hailed the late actor as an “immensely talented man with the ability to give voice to the human condition portraying the lives of those whose humanity is seldom elevated until he sings their truth.”

Amileader: Personal brand for a businesswoman is the key to success and leadership
Major automakers fear the global chip shortage could persist for some time
To Top
error: Content is protected !!