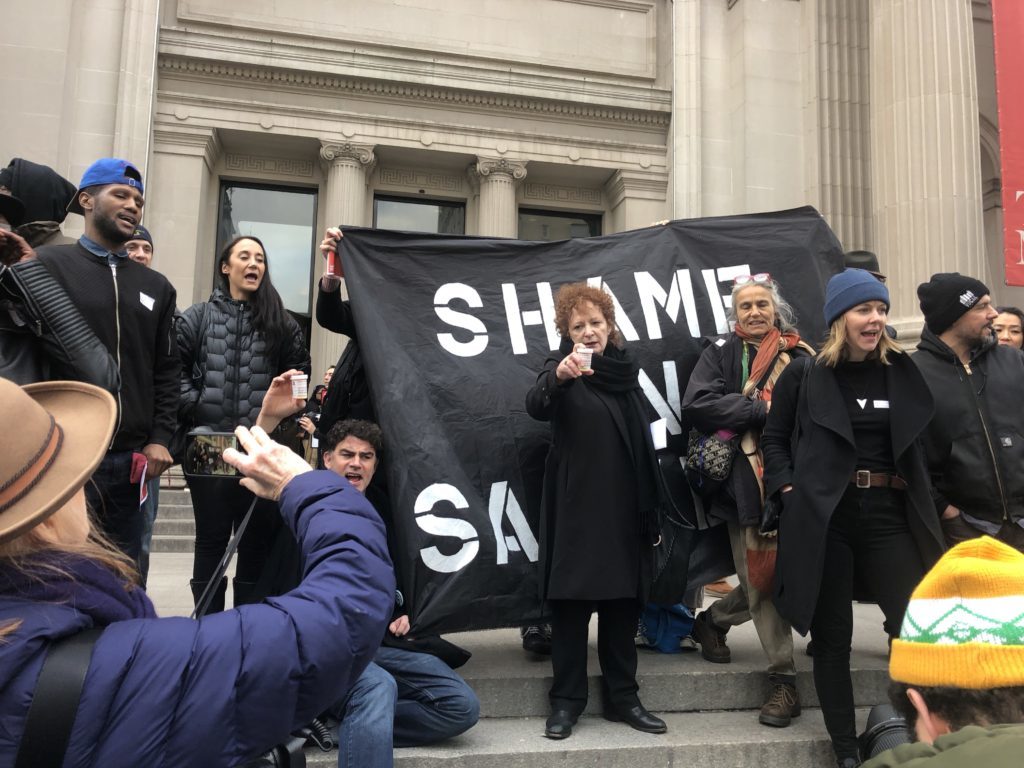 In another sign of arts institutions around the world reckoning with potentially problematic sources of funding, the Metropolitan Museum of Art in New York has said it will no longer take money from the Sackler family tied to American’s opioid crisis.

The Met is the latest institution to cut connections with the Sacklers. The National Portrait Gallery and Tate, both in London, and the Guggenheim Museum in New York made similar announcements earlier this year. In 2018, a report by the Art Newspaper revealed that the South London Gallery had quietly returned a Sackler donation. In March, the Sackler Foundation, an arts organization that had distributed family funds to institutions across the United Kingdom, said it would “pause” donations.

Members of the Sackler family own Purdue Pharma, a pharmaceutical company that produces the painkiller OxyContin. Currently the company and Sackler family members are embroiled in several lawsuits related to alleged withholding of information about OxyContin’s addictive properties. Both Purdue Pharma and the family have repeatedly denied the allegations against them.

Daniel H. Weiss, the Met’s president and CEO, said in a statement, “Every object and much of the building itself came from individuals driven by a love for art and the spirit of philanthropy. For this reason, it is our responsibility to ensure that the public is aware of the diligence that we take to generate philanthropic support. Our donors deserve this, and the public should expect it.”

In a statement given to the New York Times, the Sackler family said, “While the allegations against our family are false and unfair, we understand that accepting gifts at this time would put the Met in a difficult position.”

The Met has been the site of two notable protests related to anti-Sackler activism. Last March, Prescription Addiction Intervention Now (P.A.I.N.), a group led by artist Nan Goldin, staged a protest in the Met’s Sackler Wing. The group threw pill bottles into reflecting pools surrounding the Temple of Dendur, a reconstructed version of ancient Egyptian structure that serves as one of the Met’s most iconic sites, and staged a die-in.

In February, P.A.I.N. returned to the Met, where, after distributing leaflets and staging a die-in in the Guggenheim’s rotunda, they protested on the museum’s steps. The group has also held protests at the Harvard Art Museums and the Smithsonian Institute’s Freer Sackler Gallery.

According to a press release issued by the Met, the museum had been reviewing its guidelines for accepting gifts since January. The museum’s board has now established a new process for reviewing the acceptance of gifts by which donors’ dealings are taken into account.