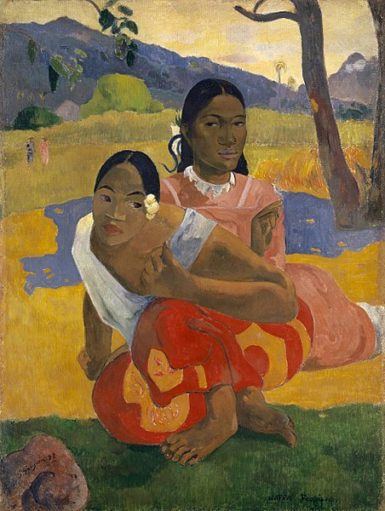 In 2018, auctioneer and adviser Simon de Pury and his erstwhile wife Michaela de Pury won a court ruling through which they were granted a $10 million commission for assisting in the $210 million sale of Paul Gauguin’s 1892 painting Nafea Faa Ipoipo? (When Will You Marry?), in 2015.

Now, an English Court of Appeals has rejected an appeal by Swiss collector Rudolf Staechelin to overturn that $10 million commission. Staechelin has argued that Simon had failed to inform him of possible higher offers for the painting, voiding any agreement they had.

Simon, who started an advisory company with Michaela in 2013, which filed suit for the commission, was a childhood friend of Staechelin. The de Purys said that they had come to a “gentleman’s agreement” with him regarding the commission they were owed for providing the introduction that led to the sale. The ultimate buyer, according to documents obtained by the New York Times, was Qatari Sheikh Tamim bin Hamad al-Thani.

“Once again, my role and the one of Michaela in this transaction, has been fully recognized and the integrity of a handshake deal in the art world has been upheld,” de Pury said in a statement. “It is regrettable that for the first time in my long career in the art market, I was forced to take legal action against anyone, and in this case, a childhood friend. . . . I look forward to continuing to put all my energy into my activities in the world of art and philanthropy.”

ARTnews has reached out to the Rudolf Staechelin Foundation for comment.