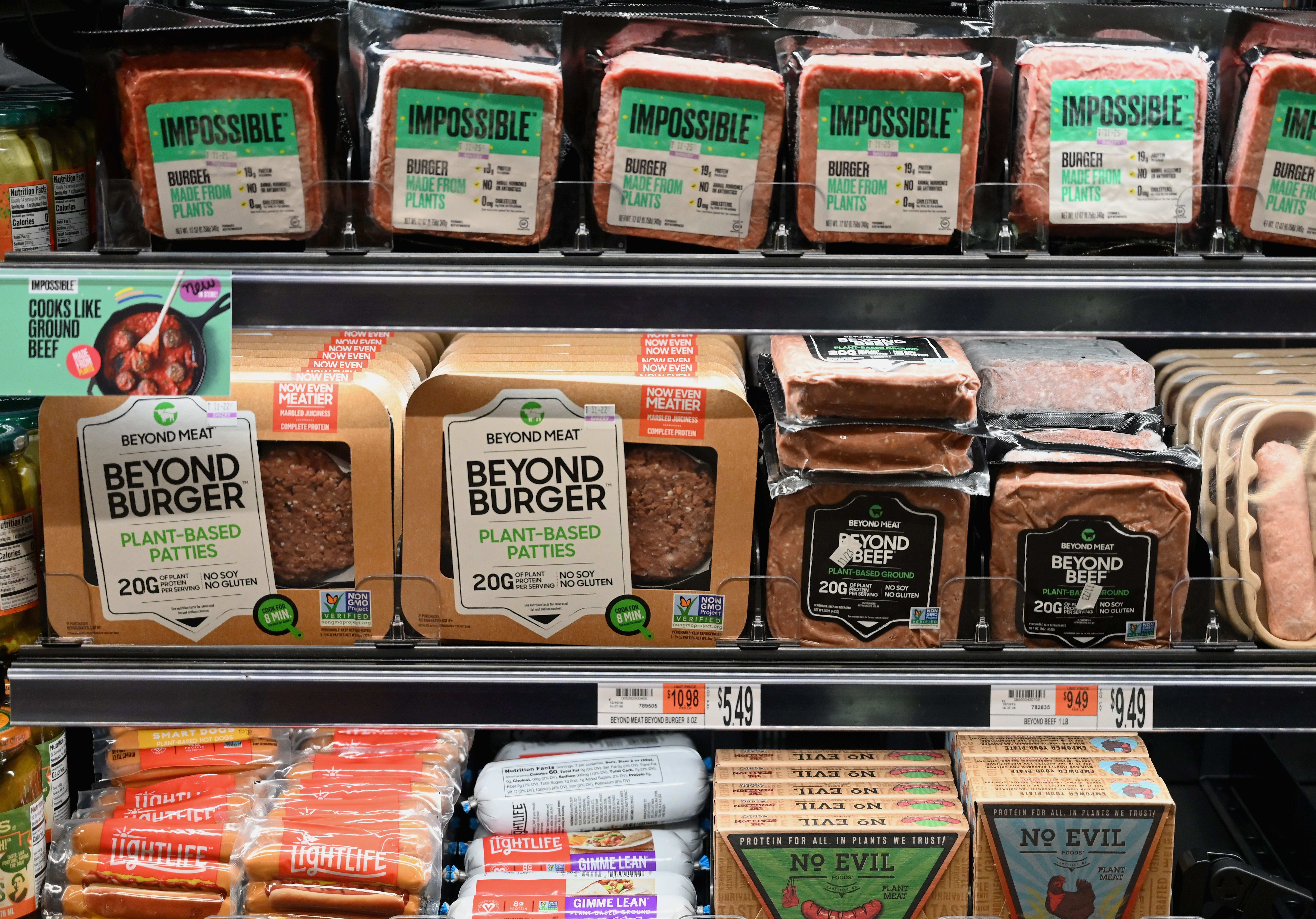 Impossible Foods founder and CEO Patrick Brown told CNBC on Tuesday that the meat industry is in the midst of a reckoning.As more consumers seek out healthier food options, Brown is convinced that the animal-based market will be obsolete within the next two decades.”From a nutritional standpoint our products match the protein quality and content of the animal products that they replace” and “ours is a clear winner from a health and nutrition standpoint,” he said in a “Mad Money” interview.”This is why I think people are increasingly aware plant-based products are going to completely replace the animal-based products in the food world within the next 15 years. That’s our mission. That transformation is inevitable,” the told host Jim Cramer.Impossible Foods earlier that day announced that it inked a partnership with Starbucks to carry the Impossible Breakfast Sandwich at most of the international coffee chain’s U.S. locations as the craze for plant-based diets continues to grow. The deal is a key victory for the privately owned alternative meat company and Brown.”Starbucks was one of our — if not the top — targeted outlet, just because of the power of their brand and their ubiquity,” he said. “It’s just a great opportunity for exposure and trial.”The Impossible Breakfast Sandwich — a plant-based sausage topped with a cage-free fried egg and aged cheddar cheese on artisanal ciabatta bread — is an attempt by Starbucks to offer more sustainable food options and Impossible Foods to reach a younger audience. Brown said he found that about one-third of the U.S. population ages 18-29 visit a Starbucks restaurant at least once a month and the deal will help the company tap into the young adult demographic.Starbucks had more than 15,200 domestic stores as of the end of March, according to Factset.”It’s huge for us. It’s by far — in terms of the number of outlets — by far the biggest launch we’ve had and, of course, the opportunity to partner with an iconic global brand like Starbucks is probably equally important in just raising awareness and interest and trial in consumers,” he said.Impossible Foods ranks No. 49 on CNBC’s 2020 Disruptor 50 list. The food producer makes meat, dairy and fish products with patented plant-based ingredients, which it has marketed primarily in the food-service industry. Beyond Meat, Impossible’s most recognizable competitor, has placed its focus on the consumer and grocery sector.More from Disruptor 50:Meet the 2020 CNBC Disruptor 50 companiesGinkgo Bioworks CEO on scaling up Covid-19 testing: ‘If we try, we can win’How GoodRx built a $2.8 billion business by helping consumers find drug discountsImpossible Foods’ products can also be found in Burger King, Qdoba, White Castle, Red Robin and other restaurants. The company announced last month that Kroger debuted the Impossible Burger, its chief product, in more than 1,700 locations as demand for meat substitutes rises.

English pubs to reopen; German district is back on lockdown
Disney World employees petition to delay reopening
To Top
error: Content is protected !!