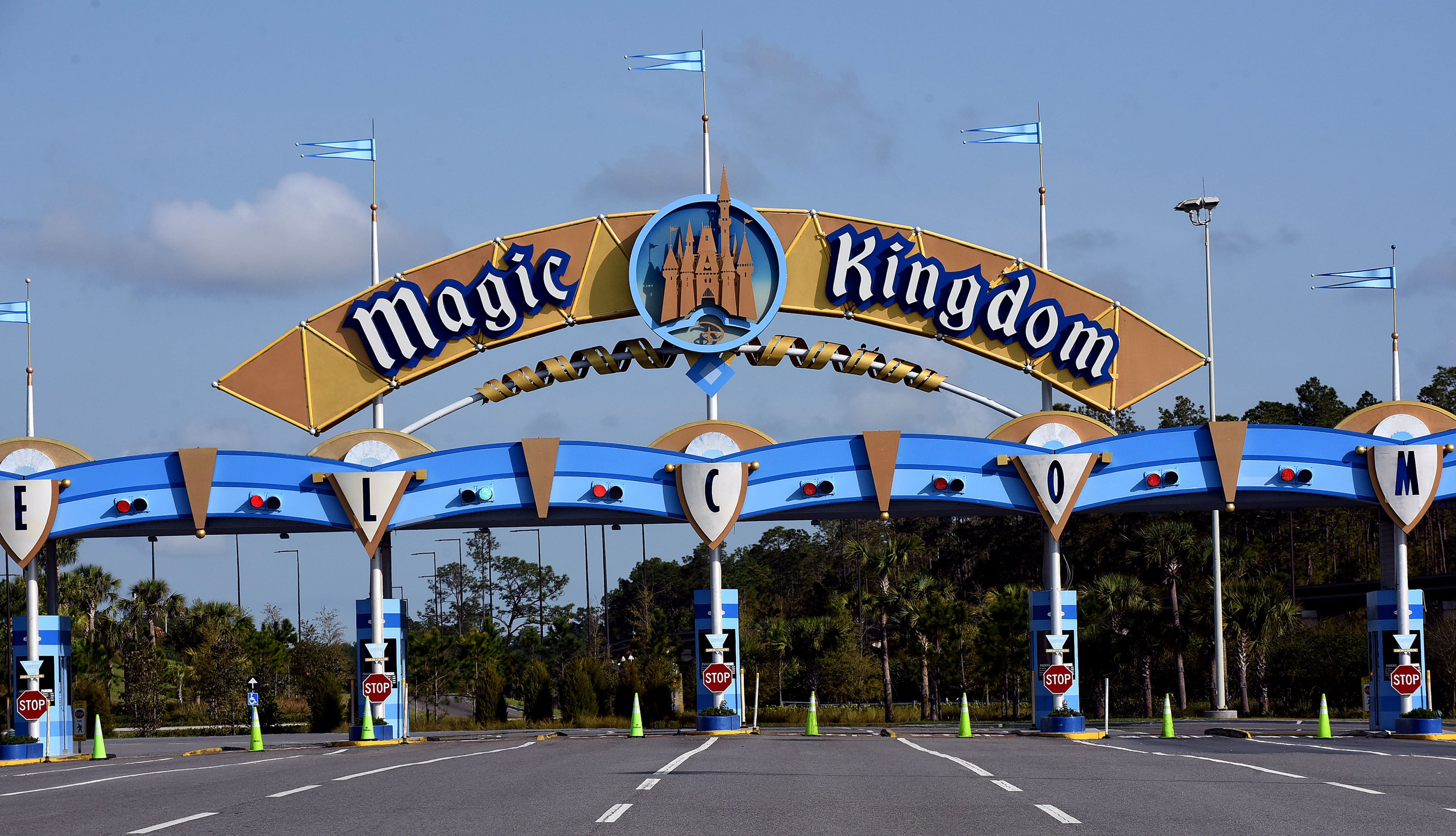 The entrance to the Magic Kingdom at Disney World is seen on the first day of closure as theme parks in the Orlando area suspend operations for two weeks in an effort to curb the spread of the coronavirus (COVID-19). Paul Hennessy/SOPA Images/LightRocket via Getty Images)Paul Hennessy | SOPA Images | LightRocket via Getty ImagesAs the number of coronavirus cases surges in Florida, more than 7,000 people have signed an online petition urging Disney and government officials to reconsider the opening of Disney World next month.”This virus is not gone, unfortunately it’s only become worse in this state,” the petition, which was posted on MoveOn.org on Sunday, states. “Having our theme parks remain closed until cases are steadily decreasing would keep our guests, our employees and their families safe. Re-opening the theme parks is only putting our guests, employees, and families at higher risk for contracting COVID-19.”The petition comes as coronavirus cases are rising rapidly in the state. The Florida Department of Health reported 5,508 new cases overnight, according to data published by the agency. The 5.3% increase from one day to the next brings the total in the state to 109,014. “The safety and well being of our cast members and guests are at the forefront of our planning, and we are in active dialogue with our unions on the extensive health and safety protocols, following guidance from public health experts, which we plan to implement as we move toward our proposed, phased reopening,” Disney said in a statement to CNBC.Disney shares, which have a market value of $202.2 billion, fell about 4% in trading Wednesday.As with many online petitions, it is difficult to determine if signees are actually Walt Disney employees or if the petition is union-backed. There is no mention in the petition itself of any affiliation with an employee union.Representatives of the local Walt Disney World employee union were not immediately available to comment.Disney’s theme parks employ around 70,000 people and are expected to begin a phased reopening on July 11. Magic Kingdom and Animal Kingdom would be the first parks to open, followed by Hollywood Studios and Epcot on July 15.Already, rival Universal Studios in Orlando has reopened its parks. However, the opening has come with a tepid response from parkgoers. Photographs on social media of the two parks show limited attendance. Universal does not share its attendance numbers with the public.The park also laid off an unspecified number of theme park employees Tuesday, as tourism levels have not returned to Orlando.”We are working to structure and strengthen our business for the future in anticipation of the tourism industry taking time to fully recover,” Universal said in a statement. “In that regard, we have already taken important steps such as adjusting budgets and implementing salary reductions and furloughs. Most recently, we have made the difficult decision to reduce our Parks & Resorts workforce across multiple locations and business units. This decision was not made lightly, but was necessary to prepare us for the future.”Disney has already reopened parks in Shanghai and Hong Kong and has dates set for reopening its Paris and Japan-based locations. The company has announced a number of safety measures that will be put in place when it reopens in Florida, including an increase in sanitation stations and the requirements that masks be worn and that guests practice social distancing. “While theme parks are a great way to relax and enjoy free time, it is a non-essential business; it is not fair to the people who work there to risk their lives, especially if they are at risk or have family members who are at risk,” the petition reads. “People are more important than making a profit.”Disclosure: NBCUniversal is the parent company of Universal Studios and CNBC.

Meat industry will be obsolete within 15 years
Disney delays reopening for California parks
To Top
error: Content is protected !!