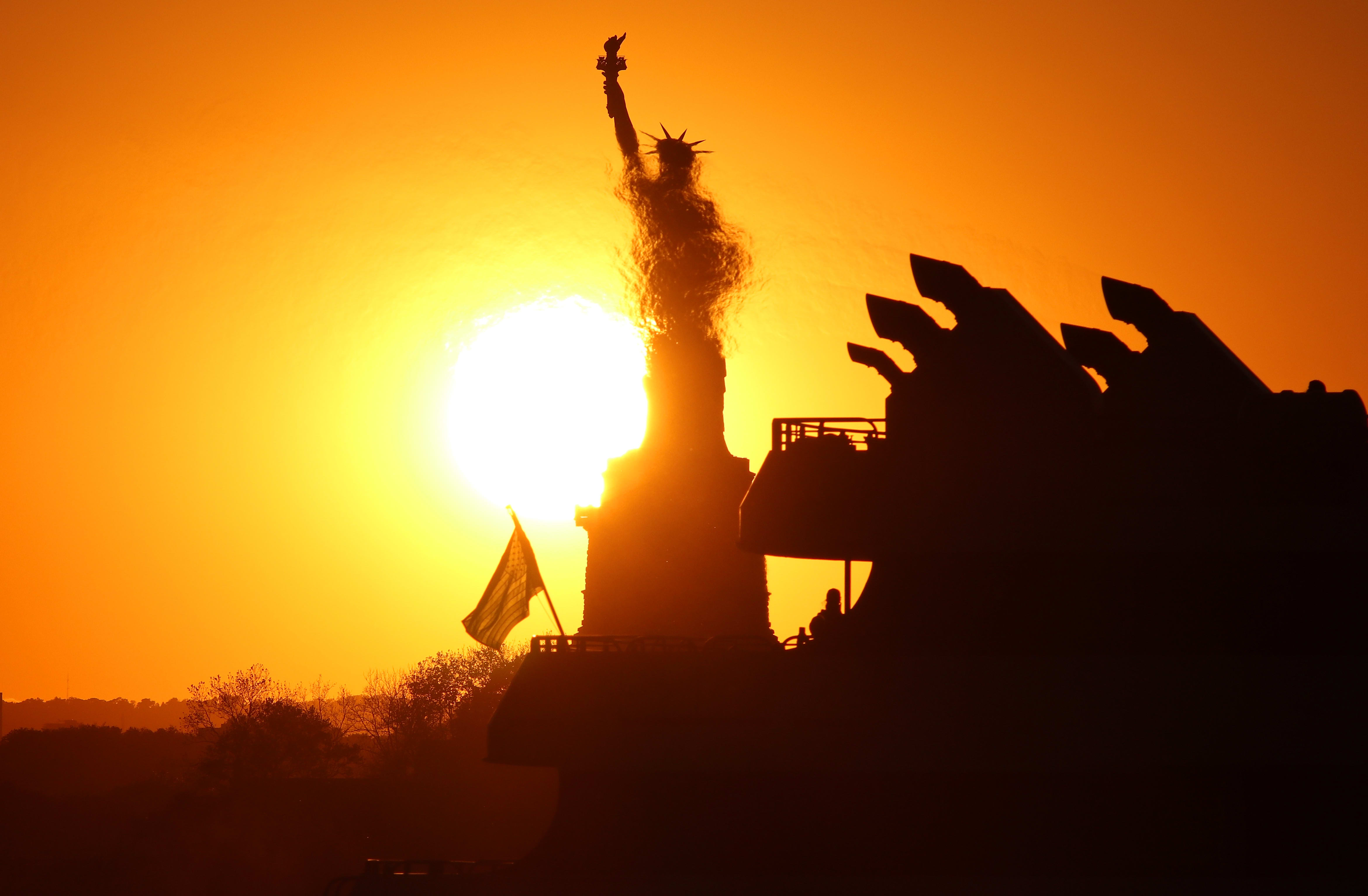 The sun sets behind the Statue of Liberty as it is partially obscured by heat waves from the exhaust of a passing ferry on May 31, 2020 in New York City.Gary Hershorn | Getty ImagesThe Earth had its hottest May ever last month, continuing an unrelenting climate change trend as 2020 is set to be among the hottest 10 years ever, scientists with the Copernicus Climate Change Service announced on Friday. It’s virtually certain that this year will be among the top hottest years in recorded history with a higher than 98% likelihood it will rank in the top five, according to the National Oceanic and Atmospheric Administration.”The last month has been the warmest May on record globally and this is unquestionably an alarming sign,” said Freja Vamborg, a scientist at Copernicus Climate Change Service, an intergovernmental agency that supports European climate policy.”Even more concerning is the fact that average temperatures of the last 12 months have become one of the hottest 12-month periods ever recorded in our data set,” she said. An aerial view of low water levels in the Llwyn-on reservoir in Taf Fawr valley on May 29, 2020 in Merthyr Tydfil, United Kingdom. The Met Office have said May is on course to be the driest in 124 years with only 14.3mm of rain since the month began – 17% of what is normally expected.Matthew Horwood | Getty ImagesThe most above-average temperatures were recorded over parts of Siberia — where temperatures were up to 10 degrees Celsius above average — as well as Alaska and Antarctica, according to the new research.The last 12-month period, from June 2019 to May 2020, was nearly 0.7 degrees Celsius (about 1.3 degrees Fahrenheit) warmer than average. Globally, May was 0.63 degrees Celsius (about 1.1 degrees Fahrenheit) warmer than the average May recorded from 1981 to 2010. The continuous upward trend in global temperatures results from greenhouse gas emissions that change the climate. 2019 was the second-hottest year ever, capping off the world’s hottest decade in recorded history. And six of the warmest years on record were during the past decade. The rising temperatures are accompanied by countless climate disasters, including rapid ice melt in Greenland and Antarctica, devastating wildfires from Australia to California and more intense and frequent hurricanes and heat waves. Human-caused global warming shows no signs of decline. Nations in the 2015 Paris Agreement on climate change vowed to cap emissions to curb global warming to 1.5 degrees Celsius (2.7 degrees Fahrenheit) above pre-industrial levels, but they are nowhere near on track to meet that goal.Smokey Bear wears a protective face mask as he warns of High Fire Danger at the Riverside Drive and Los Feliz Blvd entrance to Griffith Park in Los Angeles Tuesday, May 26, 2020 as the Southland’s latest heat wave will send the mercury soaring into triple-digit territory raising the risk of heat-related illnesses.Al Seib | Los Angeles Times | Getty Images