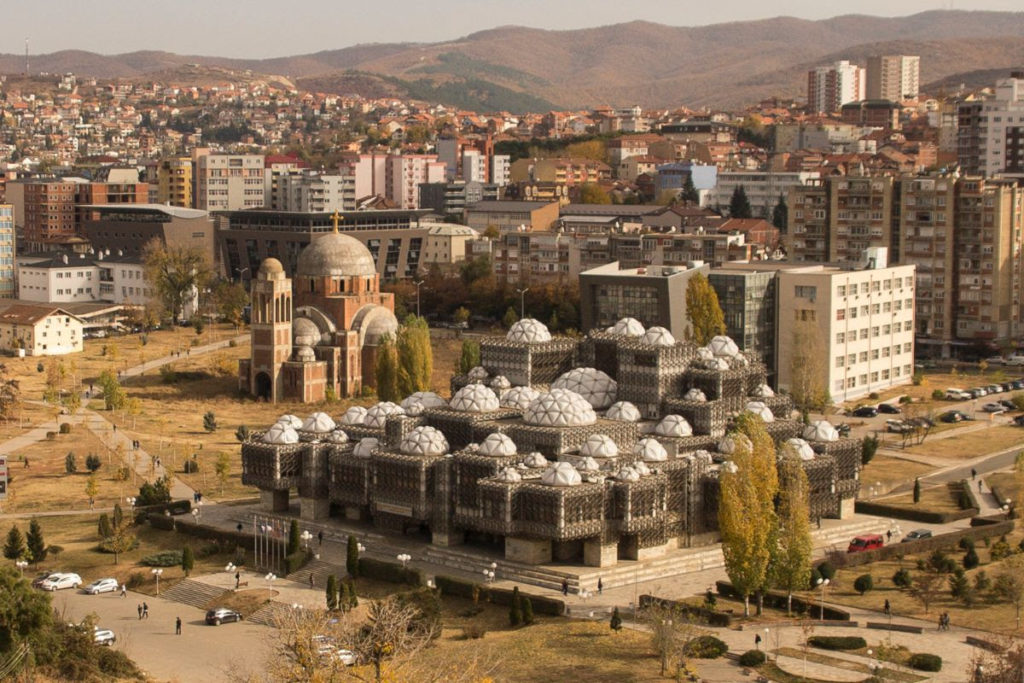 The National Library of Kosovo in Prishtina.

Manifesta, the roving European biennial, is headed to Prishtina, Kosovo, for its 2022 edition.

The biennial said in a release that Prishtina, Kosovo’s capital, was chosen by Manifesta’s board following a bid from the city. Prishtina’s recent history—Kosovo is the youngest nation in Europe, having only formally declared its independence from Serbia in 2008—and its urbanization in the past few years appealed to Manifesta’s higher-ups.

“The cultural, legal, and political paralysis of the 1990s resulted in a loss of sense of public space and a lack of recognition for what is common,” Hedwig Fijen, Manifesta’s director, said in a statement. “I wish Manifesta can provide Pristina the means to reconstruct, redefine, and reclaim a radicalized and diverse public space, which still seems to be today regarded as a cultural subversive act, which can become a call for change.”

The news comes as Manifesta preps its 2020 edition, which will take place in Marseilles, France—a frequent destination for refugees in recent years, since it is a port city. That edition will run that year from June 7 to November 1, and is being overseen by Alya Sebti, the director of Ifa Gallery; Katerina Chuchalina, the senior chief curator of the VAC Foundation in Moscow; Marina Otero Verzier, the director of research at the Het Nieuwe Instituut; and Stefan Kalmár, the director of the Institute of Contemporary Art, London.