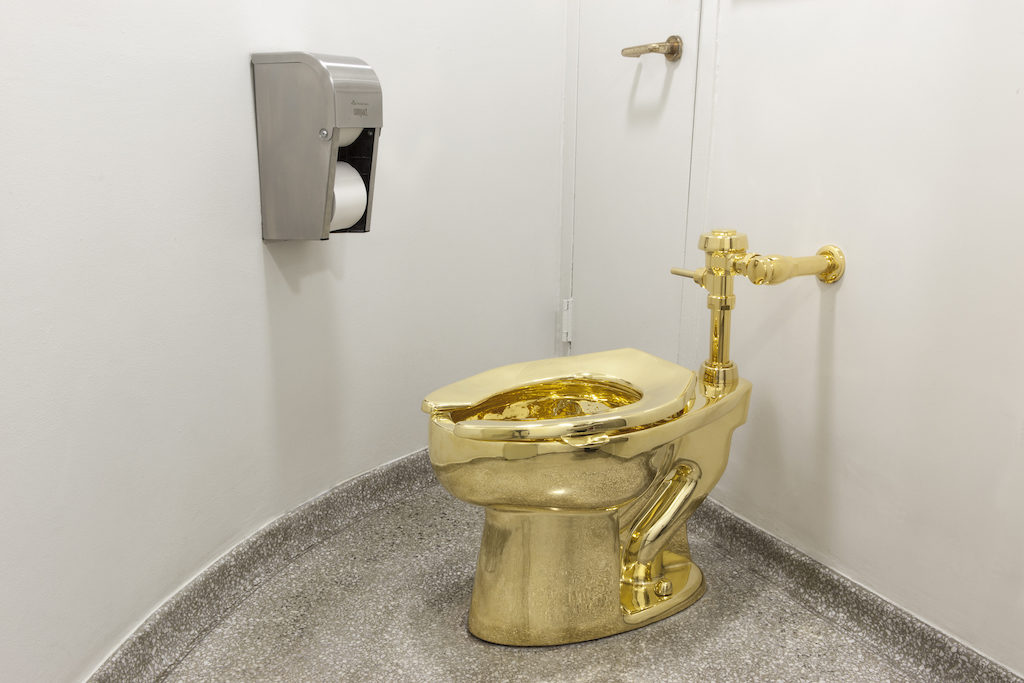 It attracted thousands of visitors at the Guggenheim Museum in New York, it was offered to Donald Trump, and now it’s headed to England.

Maurizio Cattelan’s America (2016), an 18-karat-gold toilet, will be shown in London later this year, at the Blenheim Palace, where it will figure in the Italian artist’s first show in the country in two decades. That show, which also includes new works produced specifically for the occasion, opens on September 12 and runs through October 27.

America already has a storied history. The sculpture—which is fully functional and is believed to have been used by 100,000 people in New York—figured in one of 2018’s most unlikely news stories when, after the Guggenheim declined the White House’s request to borrow Vincent van Gogh’s 1888 painting Landscape with Snow, citing the canvas’s inability to travel, museum deputy director Nancy Spector said she could lend the sculpture to Trump instead. The White House seems to have declined her offer.

“Maurizio Cattelan has been producing groundbreaking work for decades, so it is a proud moment for us to present his first UK solo show in twenty years,” Michael Frahm, the director of the Blenheim Art Foundation, which operates the London museum, said in a statement. “As the first artwork to be announced, America sets the tone for what should be a bold, exciting and thought-provoking show.”