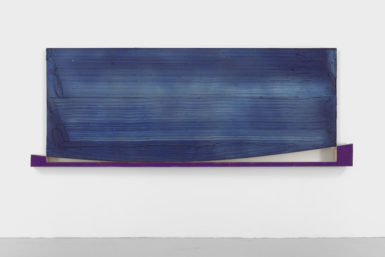 The Harvey Quaytman Trust is now represented worldwide by Blum & Poe Gallery, in collaboration with New York gallery Van Doren Waxter, which has shown the painter’s work since 2016.

Blum & Poe, which has spaces in Los Angeles, New York, and Tokyo, will stage a Quaytman exhibition at its Los Angeles gallery in the fall, and it will also present his work at Art Basel in Switzerland this June. Also in the fall, Van Doren Waxter will present Quaytman paintings and works on paper at Frieze Masters in London.

Quaytman, who died in 2002, is best known for his array of inventive abstract paintings, often made on shaped supports, that draw on everything from Islamic calligraphy to the wings of birds and airplanes. His work was the subject of a retrospective at the Berkeley Art Museum and Pacific Film Archive in California in 2018.