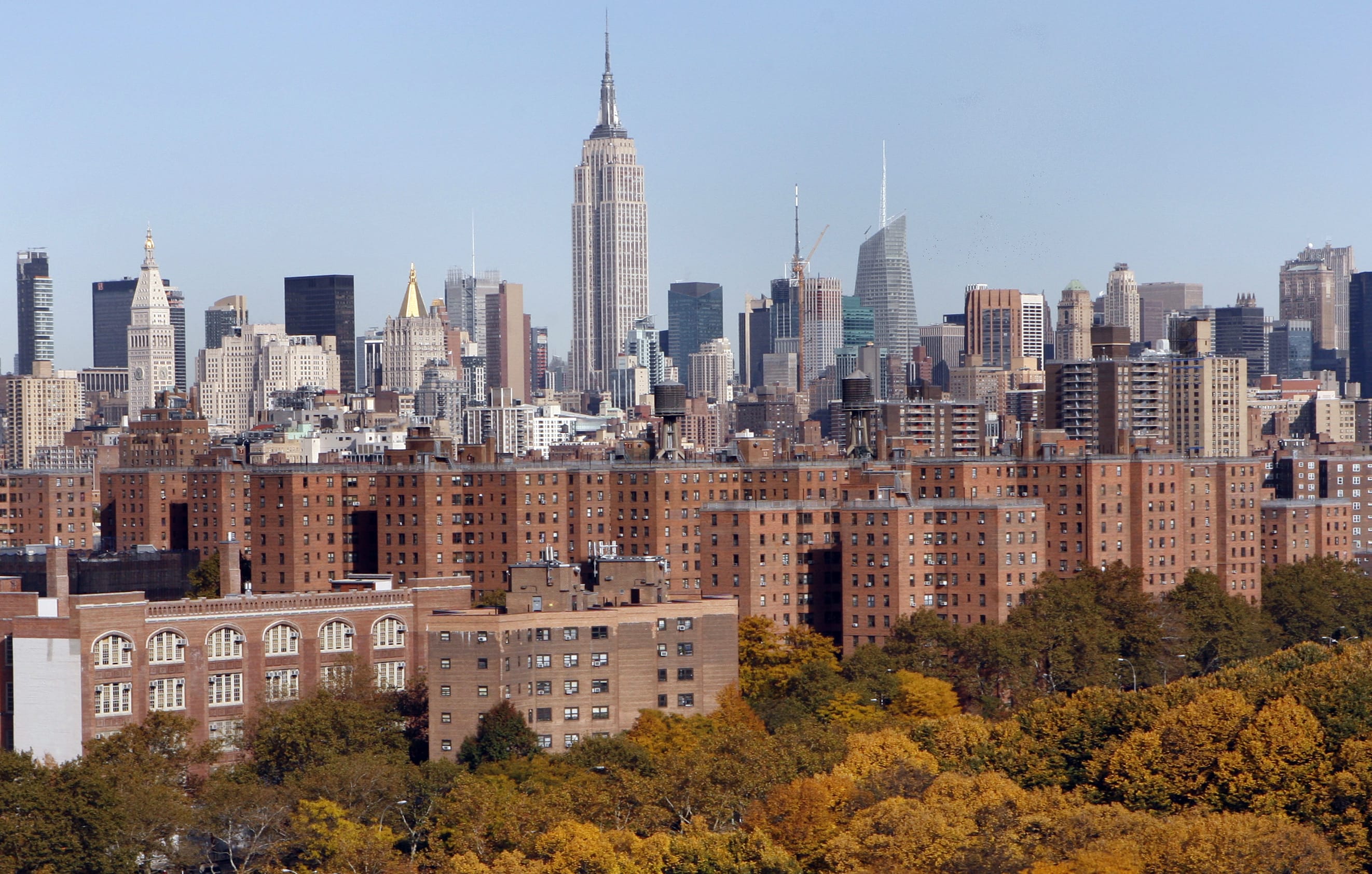 The Stuyvesant Town and Peter Cooper Village private residential development (bottom C) is seen in New York.Shannon Stapleton | ReutersManhattan apartment deals plunged more than 80% in May from a year ago, while South Florida saw a surge as lockdowns and coronavirus fears continue to weigh on New York real estate.The number of sales contracts signed for Manhattan co-ops fell 80% last month compared with May 2019, according to a report from Miller Samuel and Douglas Elliman. Contracts fell 83% for condos. For all apartments priced over $1 million, contracts fell by 81%.The high end is getting hit hardest. Contracts for apartments priced at more than $5 million slumped by 90%.By contrast, southern Florida saw a strong surge in May, especially for stand-alone homes. Contracts for single-family homes priced at $1 million or more surged 45% in Miami-Dade County compared with a year ago, according to the report. Contracts for seven-figure homes in Palm Beach County jumped 26% and Broward County saw a 23% increase.Brokers and real estate analysts attributed Manhattan’s decline to the virus lockdown, which has prevented brokers from showing apartments since March. They will be allowed to start showings and open houses on Monday, when New York City is scheduled to enter its phase two of reopening.Still, some say the extreme drop in May suggests that New York City will face continued pressure even when the market reopens, as more employees are allowed to work from home or remotely, and the city faces continued budget and service pressures.”I think this could accelerate the thought process for people thinking of moving to Florida or other states already,” said Jonathan Miller, CEO of real estate appraiser Miller Samuel. “And you might have people considering living in Florida and working in New York just a couple of times a month.”Senada Adzem, one of the top brokers in southern Florida with Douglas Elliman, said she has had a record May and June due mainly to young families moving from the Northeast to southern Florida. Aside from New York and New Jersey, she said she had helped several families moving from Boston. “We are calling this New Florida, because of all the families moving from New Jersey and New York,” she said. “These are families that were already thinking of moving here but Covid caused them to move faster. And it doesn’t seem to be slowing.”She also said the increase in cases in Florida over the past week has not dampened sales or showings.”There is just less fear and concern here,” she said.Since the May report only tracks contracts, not sales, there is no real window into prices in Manhattan. Many brokers say they expect real estate deals to soar in New York City once the lockdown ends because of the pent-up demand by both sellers and buyers. The key question is whether, and by how much, sellers are willing to lower prices. “The spring selling season was basically surgically removed and placed into the summer and fall,” Miller said. “So it won’t be surprising if we see a big release of that pent-up demand. The big unknown is what happens after that initial rush.”