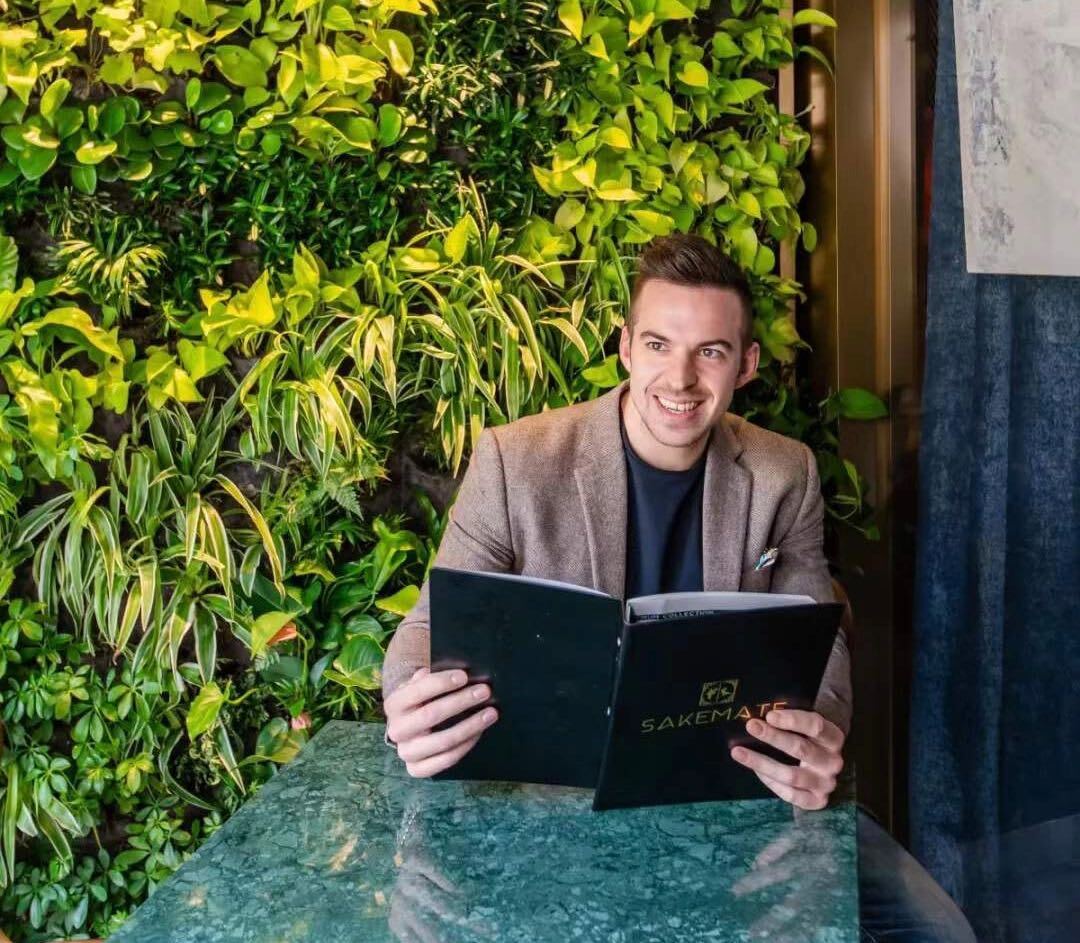 Luca Frigeni, an Italian businessman living in Shanghai, finally fulfilled his dream late last year when he opened his own restaurant and lounge. But the coronavirus pandemic stalled that dream, as he entered “the most difficult” moment in his career.Business at his restaurant SakeMate was initially encouraging, and his venue saw crowds increasing. But weeks later, his Japanese and Peruvian-inspired fusion restaurant, located in the heart of the city’s nightlife and tourism district, had to completely shut down for nearly a month due to government mandates.Luca Frigeni, Owner & General Manager of SakeMate, a restaurant in ShanghaiSakeMateShanghai is a highly dense city with a population of nearly 25 million. It is a 90-minute flight from Wuhan, the Chinese city widely believed to be where Covid-19 originated from.”In February, because this was my first time opening a restaurant, I was getting very depressed,” Frigeni said. “I think this outbreak was the biggest battle we ever had in our lives, business-wise.”He had to find a way to immediately cut costs, and that included slashing salaries, cutting staff positions, sending his head chef back to Peru for awhile, and negotiating with his landlord.”Saturday night at eight, you walk out from the restaurant, you could not see people, you could not see cars, it was very apocalyptic style,” he recalled.A group of guests eat at SakeMate in Shanghai in June 2020.SakeMateEventually, restaurants were allowed to re-open again — but with strict rules from the government, including the use of a mobile app which tracks people and sends alerts if they have been in close contact with people infected with the virus.When SakeMate reopened at the end of February, Frigeni said people were still apprehensive about leaving their house, let alone partying.Yet, things began to shift again in March and April.”Now, there are amazing vibes, even people walking around without masks in the streets,” he said. “People are feeling much more safe. We are enjoying our lives. It looks like everything is going back to normal.”He said his venue no longer does temperature checks at the entrance and that he’s even booking large corporate events and birthdays again.While much of China has gone back to a new normal, a recent reemergence of coronavirus cases in Beijing is starting to raise questions again, about how uncertain life after lockdown can look.

Manhattan apartment contracts fall over 80% in May, Florida surges
Film critics are ‘filled with dread’ about returning to theaters
To Top
error: Content is protected !!