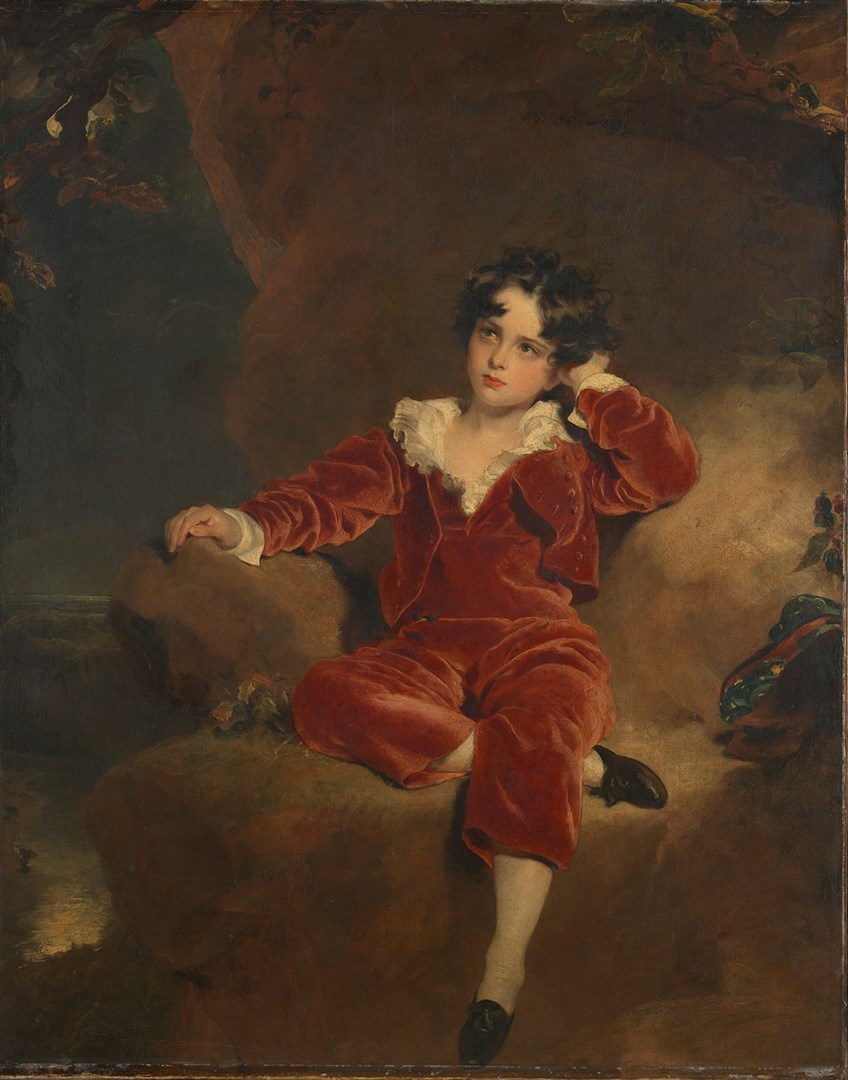 Sir Thomas Lawrence’s famed portrait of Charles William Lambton, widely known as Red Boy, will soon join the collection of the National Gallery in London. The institution has committed to buying the work from a private collection for £9.3 million (around $12.7 million).
In a statement, the National Gallery said the purchase is a unique opportunity “to acquire an exceptionally important painting by one of the finest European portraitists of the early 19th century, which is of outstanding significance for British national heritage.”

The painting, a depiction of the pensive boy clad in a crimson velvet suit, was first exhibited at the Royal Academy in 1825. In 1967, Red Boy became the first painting ever to be featured on a British postage stamp, and it has since become a fixture on British toffee and shortbread tins.

Now considered a national icon, public opinion was initially divided on the piece when it debuted. The English Romantic poet William Wordsworth remarked after viewing it, “Lawrence’s portrait of young Lambton is a wretched histrionic thing; the public taste must be vitiated indeed, if that is admired.” A writer for the Times of London, however, praised its “sparkling intelligence of youth.”
In 1833, at the height of his popularity and maturity as an artist, preeminent British portraitist Thomas Lawrence was commissioned to create the painting by the subject’s father, John George Lambton. Its scale and imagery are unusual for a 19th-century portrait of a young child: Charles is seated outdoors at night, on a rocky headland overlooking the sea. He’s informally posed, with a bent arm and wandering gaze.
Gabriele Finaldi, the National Gallery’s director, called the portrait “dazzling” and “a tour de force of technical brilliance and at the same time a moving representation of a young boy becoming self-aware.”
The institution’s permanent collection is strong in paintings of children, by the likes Murillo, Hogarth, Liotard, Gainsborough, and Vigée Le Brun. Finalid added, “I am confident that when it is acquired it will quickly become a much-admired painting for all our visitors.”

How LACMA and ASU Are Charting a Path to the Top for the Next Generation of Curators of Color
Ancient Roman Road Discovered at the Bottom of Venice Lagoon
To Top
error: Content is protected !!