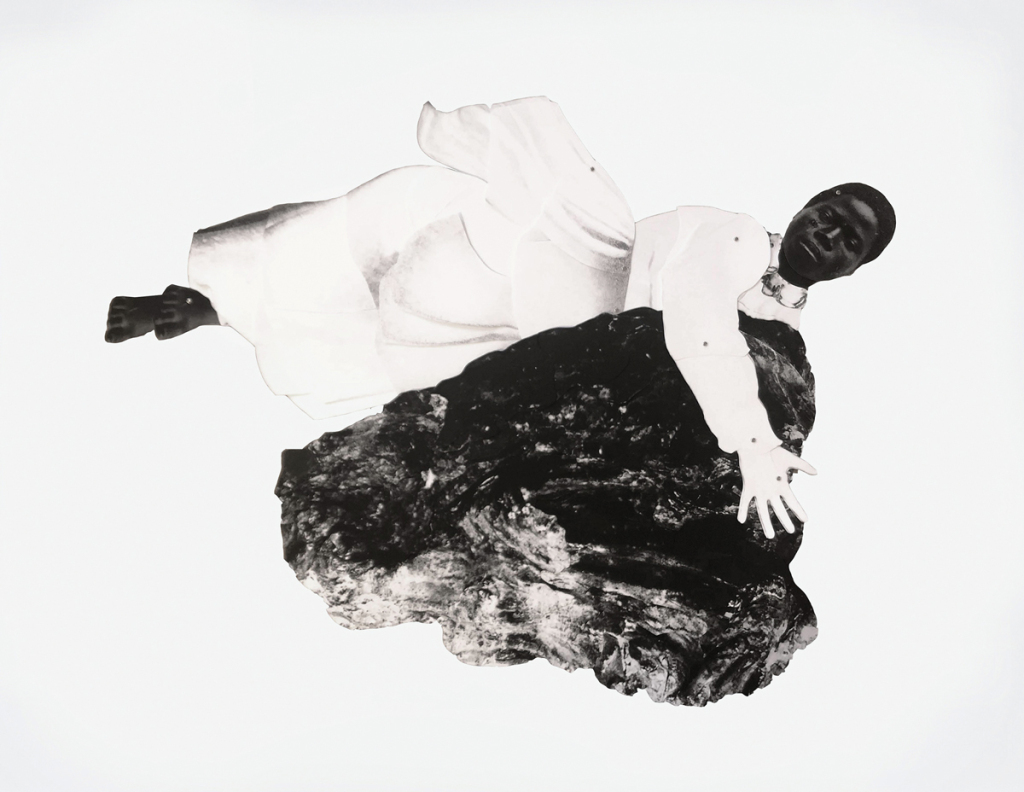 Six years ago, the Andrew W. Mellon Foundation published a report on the demographics of staffs at American art museums. It found that 84 percent of those surveyed—among them curators, educators, conservators, and other senior staff—were white. “The museum population was about 10 percentage points more racially and ethnically homogenous than the U.S. population,” Mariët Westermann, the foundation’s former executive vice president for programs and research, wrote in a summary of the report. A follow-up report two years later, done again in collaboration with the research firm Ithaka S+R, the Association of Art Museum Directors, and the Alliance of American Museums, was not much better. It found that people of color and women had assumed a greater number of museum leadership roles in the intervening years, but that the “progress has been uneven,” Westermann summarized, noting that “certain parts of the museum appear not as quick to change, especially the most senior leadership positions.”

Michael Govan, director of the Los Angeles County Museum of Art, and Michael Crow, president of Arizona State University, noted that lack of diversity in the upper echelons of art institutions, and decided to take action. The two institutions had begun collaborating on James Turrell’s Roden Crater project near Flagstaff, Arizona, and one night a few years ago, over dinner, the two men hatched the idea for a graduate program that would enable museum staff members at the ASU Art Museum and LACMA—professionals at the outset of their museum careers—to continue in their positions while earning master’s degrees. Such a model, they believed, could help people who already held highly competitive, albeit low-paying posts elevate their position within their museums. The first cohort of fellows of the fully funded ASU-LACMA Master’s Fellowship in Art History graduated this past May, and their experience sheds light on how such programs might be effective in opening up opportunities for a more diverse museum leadership.
The fellowship is a response to a problem that exists in numerous fields: Since most senior positions require a postgraduate degree, the barriers to entry for young professionals include existing student loan debt and prohibitive tuition costs. Govan had seen such issues up close through LACMA’s alliances with academic institutions and programs—a number of the institution’s curators also teach at the University of California, Los Angeles, and the museum is one of six participating institutions in the Andrew W. Mellon Undergraduate Curatorial Fellowship Program—and the museum’s own research on the lack of diversity in the curatorial field. In Crow, he found a partner interested in exploring uncharted territory.

“The thing about Michael Crow and ASU is that they’re incredibly entrepreneurial and interested in new ideas,” Govan told ARTnews, adding that the university considers “many different ways they can look at higher education, and their willingness to experiment is incredible.”
That experimentation comes at an inflection point for both institutions. Both ASU and LACMA, Crow pointed out, are “massive institutions in complete redesign mode,” citing LACMA’s $750 million building project and the University’s commitment to “measure ourselves based on the change and the opportunity that we’re driving in the community.”

A key element in the ASU-LACMA program is mentorship. Program fellows are paired with mentors outside their home institution so as to provide advisement on their courses of study, theses, professional trajectories, and externships, which might typically include travel but, due to the pandemic, took the form of interview series, catalogue essays, and other projects. There are also lecture series, symposia, and opportunities to meet other scholars in the field. The new graduates report promising results.
“Before the fellowship, I wasn’t as aware of the ways that I can make transformative change within my department and … be attuned to these DEIA initiatives,” said Ariana Enriquez, a recent graduate who got her undergraduate degree in painting and art history at ASU and has worked as assistant registrar at the ASU Art Museum since 2016. Enriquez’s thesis focused on Mexican-American women artists, and she said that the fellowship offered opportunities that allowed her to start building a professional network as she continues her work in collections management and registration. She said her externship, which involved interviewing museum professionals about how social justice movements might shape art institutions, “opened my eyes” to her potential impact on museums in the future.
One of the fellowship’s greatest strengths, according to Dhyandra Lawson, a recent graduate who also works as a curatorial assistant in LACMA’s photography department, is that it enables students to nurture their professional and academic aspirations at the same time. Lawson first joined LACMA in a ticketing office position and subsequently moved into the development department and later, curatorial. When she first heard about the fellowship, she was looking toward a future as a curator, for which she would likely require a postgraduate degree, but was hesitant to leave her job, a foothold in the museum world where she works with museum objects and organizes exhibitions.
In Lawson’s view, her participation in the program also benefits her institution. She specializes in photography and video art after 1970, and her thesis examined Black diasporic art practices in the 21st century. The fellowship, she said, brought together the “two worlds” of her academic research and her work at LACMA to “augment the museum’s representation of artists of color in the collection and, specifically, artists of the African diaspora.” She hopes the experience “can create a community for [present] and future cohorts so that we [can] all be in touch and in conversation with one another. I think that community is a really essential part of the program that I hope it will continue to cultivate.”

Ana Teresa Fernández’s painting The Space Between Us, 2020, hanging on her studio wall.
Courtesy the artist

The LACMA/ASU program is not the only one taking on the pipeline problem, and its leaders are beginning to examine the possibility of a relationship with a similar program, the Atlanta University Center Art History + Curatorial Studies Collective. And the Mellon Foundation itself has taken action. “We expanded our undergraduate curatorial fellowship program, provided support to programs working to develop a broader bench of diverse museum professionals, including the Smithsonian Latino Center Institute for Museum Practice, and increased investment in our existing curatorial studies programs, including at the Spelman College Museum,” said Emil Kang, the Foundation’s program director for arts and culture. It’s through all these initiatives, he said, “that we’re going to see real transformation of the field.”
Previous programs have also made their mark. ASU Art Museum director Miki Garcia participated in a leadership support group through the Smithsonian when she was in graduate school, in the 1990s. “I have personally benefited from this kind of support,” she said. “It proved to be incredibly vital to helping me continue on the path of the museum profession.” She says that “as a woman of color and one of the very few museum leaders in the country who identifies as a U.S.-born, Latinx leader,” she has a “unique perspective” on the LACMA/ASU fellowship. “I myself have navigated many of the issues that our students are facing,” she said, adding that the fellowship recognizes “how many of the factors preventing people of color from pursuing professional leadership positions [have to do with] the idea that they may not be able to finance it, and that they have real world sacrifices and decisions that they have to make.” The fellowship is two steps forward, zero steps back. “They are getting this degree at a top university that is supported, without having to riddle them with debt, and they’re coming out with foundational career experience that doesn’t have to put them at the entry level position right at the beginning,” she said.

How the ASU-LACMA program evolves will depend largely on its fellows. “Each group of fellows brings a different expertise from their own backgrounds and perspectives, so I think that’s what will keep the program growing in some ways,” said program director Angélica Afanador-Pujol, who is also associate professor in the School of Art at ASU. It will also depend on future partners. Govan and Crow’s program is expanding its network of museum partners beginning this coming fall with the addition of the Pérez Art Museum Miami, from which one of the fellows will come. The Pérez’s participation, Afanador-Pujol said, will offer students access to robust collections of Latinx and Afro-Caribbean art, and curators from the Miami museum will teach one to two courses in the program each year.
“Our hope is that we would have a wider range of subjects that could be covered in classes and seminars,” Afanador-Pujol said, adding that, while the leaders of the fellowship had discussed adding four or five new museum partners in the next few years, the pandemic may complicate that rapid a pace of expansion.
Steven Tepper, dean of the Herberger Institute for Design and the Arts at ASU, said that expanding the program’s curriculum is a priority, and the development of that curriculum—through adjustments to syllabi and the creating of entirely new courses—is informed not only by new museums in the network but also feedback from students.
“I don’t think there is a single art history program in the world that has a curriculum that is fully evolved for our current moment,” he said. “But we want to make significantly more change in that area around decolonizing the curriculum and offering new kinds of courses that students are interested in that perhaps our faculty don’t have expertise in.”

LACMA’s conservation lab is one of the places where ASU-LACMA fellows learn the tricks of the trade. Here, fellows Ariana Enriquez and Matthew Miranda work with conservator Janice Schopfer (left).
Photo Hilary Walter/LACMA

Govan sees the program as one indicator of a paradigmatic shift in the study of art history and the structure of museums, highlighting the steady “dismantling of traditional categories” and rigid constraints that have historically governed the academic and professional fields. The combination of new kinds of academic programs in art history and continued calls for structural change in art institutions, he said, will “have a fundamental impact on the organization of art museums.”
“Things are changing fast in terms of fields of study, in the art people are interested in showing, and I think we’re going to see a rapidly evolving field of art history—and that is exciting,” Govan said. “Hopefully, programs like this will be one small piece … hastening the diversity of not just the people [holding leadership positions in museums], but also the ways of looking at art history.”
Lawson said that one of the most significant ways the ASU-LACMA Fellowship might impact the field is by serving as a model for other institutions to adopt.
“I really hope that it can be a provocation for other museums to be thinking about how they are addressing [getting] more diverse individuals into the highest ranks of their leadership,” she said. “I hope that more and more of these types of programs materialize around the country—and around the world—so that we can really effect change.”
A version of this article appears in the June/July 2021 issue of ARTnews, under the title “Charting a Path to the Top.”