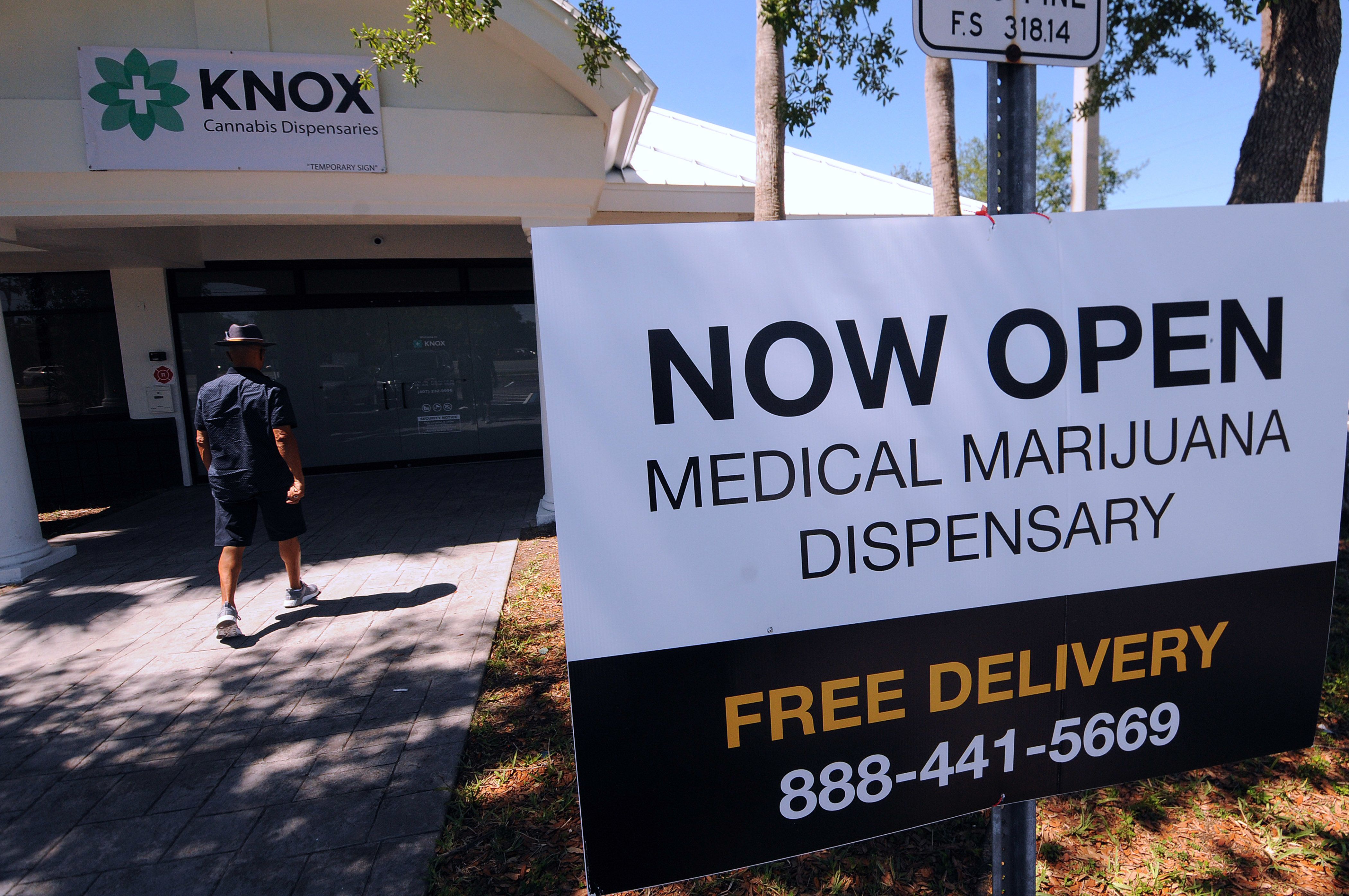 More Americans are turning to marijuana to treat health issues, but if you think legalizing medical weed will shrink the number of opioid-related deaths in the United States, think again.

Lawmakers and marijuana advocates have argued that legalizing weed to manage chronic paid can help reduce opioid addiction, but researchers at Stanford University’s School of Medicine say there doesn’t appear to be any connection between medical cannabis and opioid overdoses.

“If you think opening a bunch of dispensaries is going to reduce opioid deaths, you’ll be disappointed,” the study’s senior author, Dr. Keith Humphreys, said in a statement. “We don’t think cannabis is killing people, but we don’t think it’s saving people.”

Opioids are used to treat moderate to severe pain. More than 130 people in the U.S. die every day from opioid overdoses, with about 47,000 people dying in 2017, according to the Centers for Disease Control and Prevention. The opioid epidemic has led some to suggest marijuana should be used as an alternative treatment. Chronic pain is the most common condition that drives people to use medical marijuana.

The Stanford study challenges a 2014 study by the University of Pennsylvania, which said there were on average 25% fewer opioid-related deaths a year in states that legalized medical marijuana. Only 13 states had legalized medicinal marijuana when the University of Pennsylvania study was conducted. It examined the rate of deaths caused by opioid overdoses between 1999 and 2010.

The Stanford researchers examined CDC data on opioid overdose deaths from 1999 to 2017. The University of Pennsylvania researchers also used CDC data for their study.

The Stanford researchers found opioid-related deaths in states with medical marijuana did decline from 1999 to 2010. However, when they analyzed overdose mortality rates up to 2017 — at which point, many more states had legalized medical cannabis to some extent — they found opioid deaths were actually higher in states with legal medical weed.

From 1999 to 2017, there was actually a 22.7% increase in opioid-related deaths in states where medical marijuana was legal, the study found.

Currently 33 states and Washington, D.C., have fully legalized medical cannabis, while 13 other states permit restricted use of medical marijuana.

“We find it unlikely that medical cannabis — used by about 2.5% of the U.S. population — has exerted large conflicting effects on opioid overdose mortality,” the study authors wrote.

The Stanford researchers said that after the Penn study was released, pro-marijuana public officials, advocates and even doctors used the findings as an argument in favor of legalization of medical cannabis. The notion that using marijuana to treat pain can curb opioid dependency has started to affect policy in some states.

States like New York and Illinois have opioid replacement policies, which permit patients who were prescribed opioids to substitute their prescriptions for medical marijuana. Colorado doctors can also prescribe medical marijuana instead of opioids to treat the same conditions.

“Opioids can be highly addictive in a very short period of time,” says the Illinois Department of Public Health website. “This program offers qualifying individuals an alternative to manage their pain. The long-term goal of this program is to reduce opioid deaths.”

Humphreys said the findings aren’t “about the cannabis.” He said the the lower opioid death rates in the early days of legalization can more likely be attributed to specific policies and conditions in those states. States that legalized medical marijuana early were wealthier and had greater access to treatments like naloxone, a lifesaving drug used to treat opioid overdoses, he said.

Humphreys also said those states imprison fewer people for drug use — which means there’s less risk of an inmate getting out of jail and overdosing on opioids because their body had grown unaccustomed to the drug during their sentence.

Despite medical marijuana’s inability to reduce opioid overdose deaths, the study authors said there are still benefits to the drug.

“There are valid reasons to pursue medical cannabis policies, but this doesn’t seem to be one of them,” the study’s lead author, Dr. Chelsea Shover, said in a statement. She added researchers and politicians should seek other ways to tackle the opioid epidemic.

Bullish Wall Street analysts can’t keep up with Beyond Meat BYND stock
Endgame’ faces as it seeks to dethrone ‘Avatar’
To Top
error: Content is protected !!