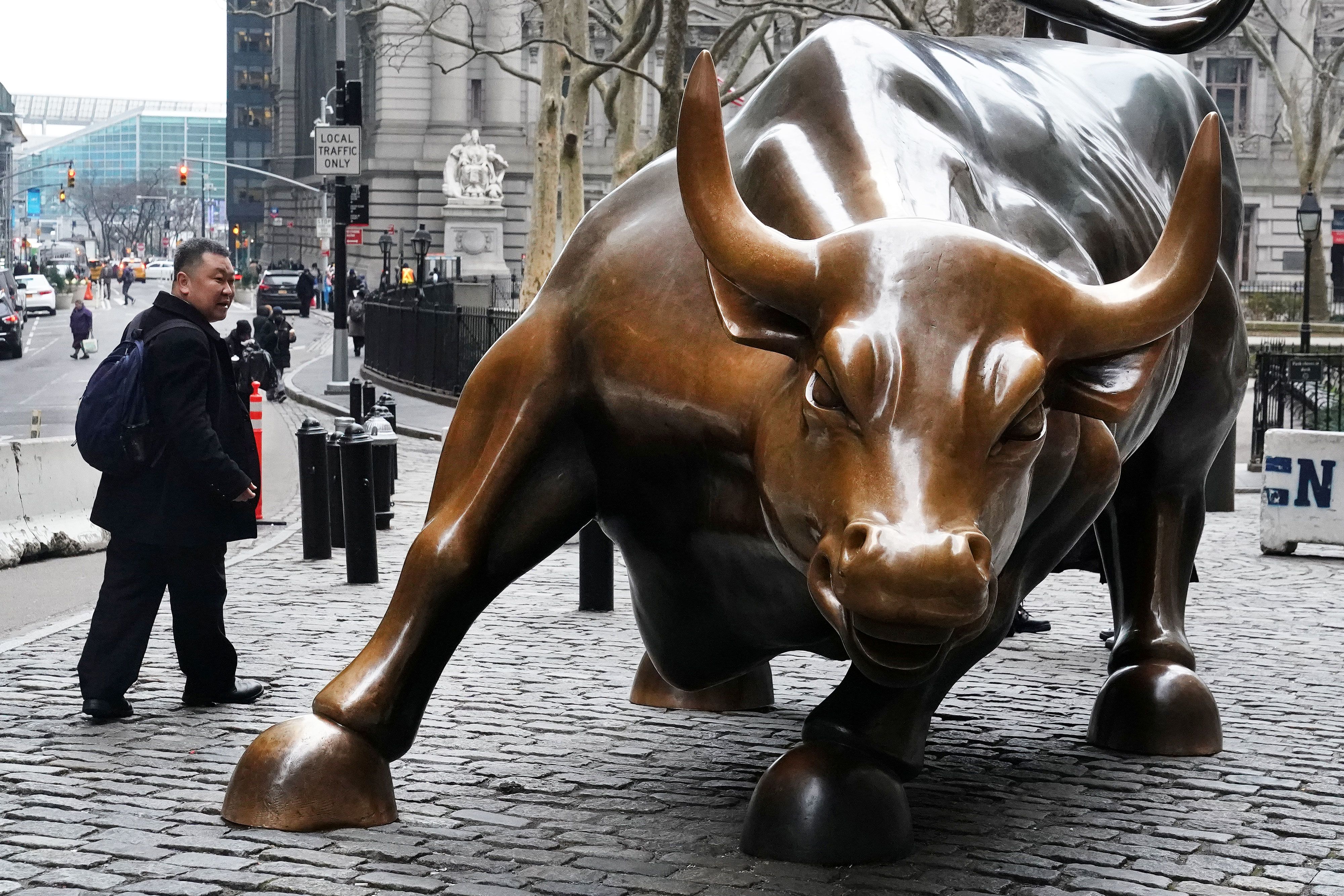 The Charging Bull near Wall Street is pictured in New York, January 16, 2019

J.P. Morgan on Monday raised its 2019 S&P 500 forecast and told clients that the market is set for even more gains in the second half as the Federal Reserve pivots toward easier monetary policy and the Trump administration looks to end an entrenched trade dispute with China.

We are “raising our S&P 500 12-month price target to 3,200 as our upside case for equities is increasingly in play with Fed and Trump easing on policy while investor positioning/sentiment remains low,” chief U.S. equity strategist Dubravko Lakos-Bujas wrote in a note.

Central to J.P Morgan’s renewed optimism around stocks is what the brokerage believes is the increasing likelihood that central banks around the world will relax monetary policy in the second half of the year.

Six developed market and 13 emerging market central banks are expected to ease their policies before the end of the year, Lakos-Bujas added, suggesting lowering borrowing costs for corporations.

The higher S&P 500 target also assumes a partial trade deal between Washington and Beijing before year’s end. Both the U.S. and China have slapped tariffs on billions of dollars’ worth of imports as the two sides work to end a protracted trade dispute.

The bilateral spat took a turn for the worse in May, when President Donald Trump threatened and followed through on threats to ramp up U.S. tariffs on Chinese imports, catching investors by surprise and sending equities tumbling. Those hostilities appeared to ease after Trump and China President Xi Jinping met at a Group of 20 summit in Japan.

Scotland has produced enough wind energy to power its homes twice over
Moving away from fossil fuels will be costly but essential, UBS says
To Top
error: Content is protected !!