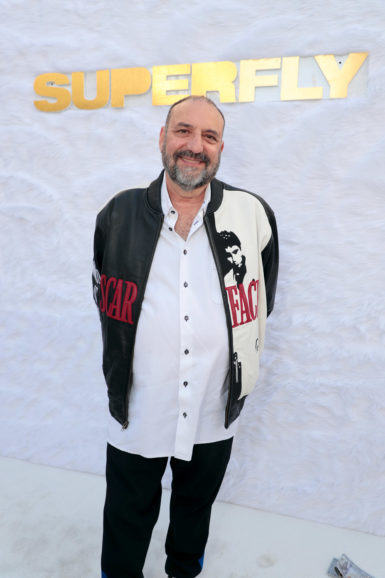 Film producer Joel Silver and Gagosian gallery are ending their legal battle over an $8 million Jeff Koons sculpture whose delivery date Silver had alleged had been pushed back repeatedly. After fighting for a year to get $3.2 million in payments for the piece returned, Silver has joined with Gagosian in a settlement, and Die Hard producer will apparently be acquiring a 2013–15 Balloon Venus Hohlen Fels sculpture after all. The settlement, whose exact terms are not known, was first reported by the Blast.

In a joint statement, Silver and Gagosian said that they are “pleased to have settled their lawsuit in New York state court. The claims and counter claims have been voluntarily dismissed. Under the settlement, Mr. Silver will move forward with the acquisition of the Balloon Venus Hohlen Fels work by Jeff Koons.”

In the original complaint, Silver had said that he was “frustrated by the delay and skeptical of when, if ever, the Balloon Venus would be completed.” He demanded his payments back, and Gagosian allegedly refused. In a statement provided to ARTnews after the lawsuit was originally filed, in April 2018, the gallery said that “delivery dates are only estimates” for Koons’s works.

In May, a lawyer for Gagosian alleged that Silver’s legal fees were being paid by collector Ronald Perelman (and his company MacAndrews & Forbes Group), who had sued Gagosian in 2012, alleging that Gagosian had inflated prices for works by Koons, Cy Twombly, and other artists. Gagosian, in turn, sued him. A New York court dismissed Perelman’s suit after finding that he had “conducted no due diligence” regarding a Twombly sale.

Silver’s legal team said that Perelman had agreed to pay the producer’s legal bills, but that his doing so was “irrelevant” to the litigation surrounding the suit. A spokesperson for Perelman told ARTnews, “Ronald stepped up to help a friend as he has many times in the past and was particularly willing to do so when his assistance helps root out manipulation and increase transparency in art market.”

The Silver lawsuit was one of two Gagosian gallery has faced in the past year regarding Koons’s work. The other came from collector Steven Tananbaum, whose suit concerned the alleged non-delivery of three works by Koons priced at $13 million. (The Tananbaum suit was filed against Gagosian gallery and Koons’s studio; the latter party was not named in Silver’s suit.) Gagosian has denied the accusations laid out in Tanabaum’s complaint, saying that the complaint was “larded” with “rambling and overwrought allegations.”

The suits are but two developments in what has been a tumultuous year for Koons. Over the past year, his studio has laid off workers and been forced to relocate a controversial public artwork meant to be installed in Paris.

It’s not all been bad news for Koons, though. Last month his 1986 sculpture Rabbit sold for $91.1 million at Christie’s in New York, setting a new record for the most expensive work by a living artist, and a blockbuster two-person exhibition of pieces by the artist and Marcel Duchamp recently opened at the Museo Jumex in Mexico City.

No delivery date has been publicly announced for the Koons sculpture.

Picasso Painting Once the Subject of Nazi-Loot Lawsuit to Appear at Zurich Art Weekend -ARTnews
Imi Knoebel Is Now Represented by Hauser & Wirth in North America -ARTnews
To Top
error: Content is protected !!