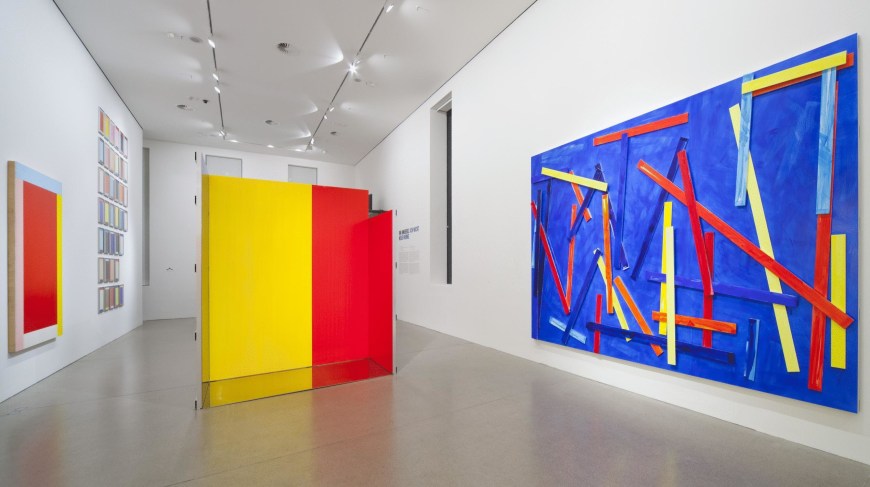 Installation view of Imi Knoebel’s Ich Nicht at the Guggenheim in 2009.

Knoebel’s current auction record is for his 1989 Grace Kelly, sold for €365,000, or about $461,700, at the Christie’s postwar and contemporary art evening auction in London in October 2016. He has enjoyed major exhibitions at the Deutsche Guggenheim, Dia: Beacon, Musée National Fernand Léger, Stedelijk Museum, Kunstmuseum Wolfsburg, Museum der Bildenden Künste, and Hetjens Deutsches Keramikmuseum, and elsewhere. He was awarded Düsseldorf’s Kythera-Prize in 2011, and the merit of Officier des Arts et des Lettres in 2016.

Knoebel was born in Dessau, Germany, and is now based in Düsseldorf. As a student, he studied under Joseph Beuys at the Kunstakademie Düsseldorf, alongside friend and collaborator Blinky Palermo. Knoebel is also known for gifting six original stained-glass windows to the Reims Cathedral in France in 2015, after the structure had been damaged by German bombing raids nearly a century prior in World War I.