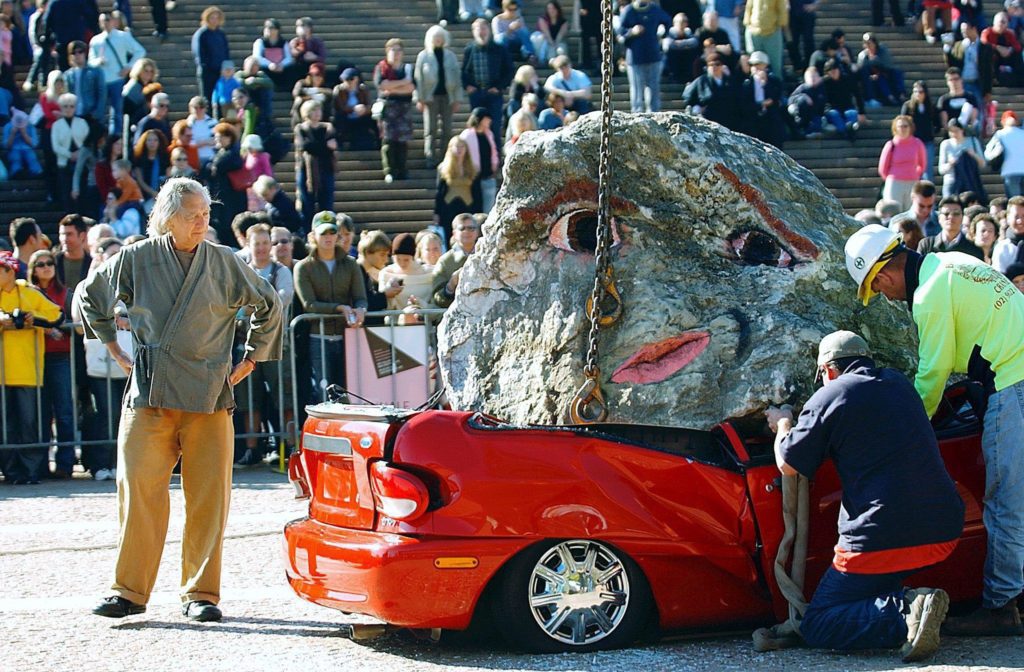 The start of the Venice Biennale is one month away, and the festivities are now beginning.

On Thursday the event’s board of directors said it would award its Golden Lion for Lifetime Achievement to the artist Jimmie Durham. The winner of the award is nominated by the curator of the biennale—for this year’s edition that is Ralph Rugoff, the director of the Hayward Gallery in London—and confirmed by the board overseen by president Paolo Baratta.

Rugoff, in a statement, praised Durham for “his remarkable accomplishments as an artist over the past six decades, and in particular for making art that is at once critical, humorous, and profoundly humanistic.” Given the long span of the 78-year-old artist’s career, “we should probably be giving him two lifetime awards by this point in time,” Rugoff added.

Durham, who was born in the United States and is based in Berlin, has had a whirlwind past few years. A widely acclaimed traveling retrospective of his inimitable practice—focused on sculpture but incorporating seemingly every type of material—visited the Hammer Museum in Los Angeles, the Walker Art Center in Minneapolis, the Whitney Museum in New York, and the Remai Modern in Saskatoon, Saskatchewan.

His work has addressed, in a manner that is often sharp, poignant, polyvalent, and wry, how identity is defined and history is written. A member of the American Indian Movement, he has made repudiations of Eurocentric narratives and ways of thinking a hallmark of his work. He has identified as Cherokee, though some historians have disputed his claims of Native heritage.

“For more than 50 years, Durham has continued to find new, ingenious, and cogent ways to address the political and social forces that have shaped the world we live in,” Rugoff said in his statement. “At the same time his contributions to the field of art have been outstanding for their formal and conceptual originality, their agile blending of dissonant parts and alternative perspectives, and their irrepressible playfulness.”

This year’s award will be presented in Venice on May 11. Previous winners of the lifetime achievement award include Carolee Schneemann in 2017 and El Anatsui in 2015.