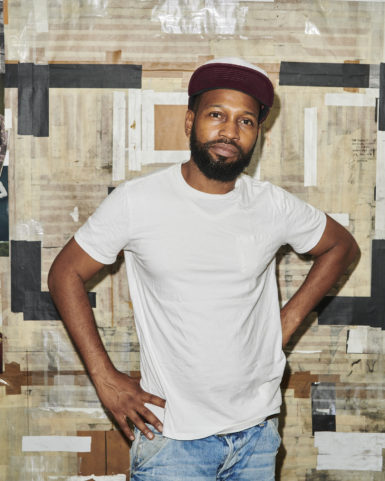 Quinn’s first solo outing with the 16-gallery empire will be in the fall at its branch in Beverly Hills, where Gagosian is planning to add another space. Among the works in that debut will be some of Quinn’s “Performance Drawings,” lushly rendered pieces that he makes by working with both hands at once. Gagosian will also have work by the Brooklyn-based artist at the Art Basel art fair in June.

Next week, Quinn, who is 41, will participate in a group exhibition at Gagosian’s Grosvenor Hill gallery in London, “Visions of the Self: Rembrandt and Now,” which pairs a variety of contemporary artists with the Dutch master’s storied Self-Portrait with Two Circles (ca. 1665), on loan through English Heritage.

That exhibition includes a number of artists in the Gagosian orbit that Quinn has long followed, he said in a phone interview from his studio in Crown Heights, including Glenn Brown and Jenny Saville, whose work he encountered as a young artist at the 1999–2000 “Sensation” show at the Brooklyn Museum. He also mentioned Mark Grotjahn and John Currin (“one of my favorite painters of all time”) as artists he’s admired in the gallery’s roster. 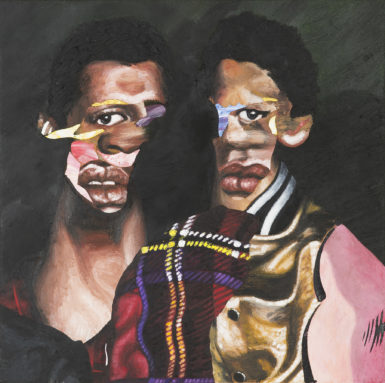 Asked about his decision to join Gagosian, Quinn sketched the trajectory of his life and career, which he emphasized has taken off only in the past few years. “Being born in Chicago, lower working class, poverty, parents who could not read or write, making my way out of that through various circumstances, going to school, getting my MFA from New York University, graduating,” and then teaching full-time for a decade, he said, it was only in 2014 that momentum began to build. “Five years later, I’m being represented by Gagosian Gallery. I mean that’s just, to me, it’s such a dream come true. I mean, just having an art career—period—is a dream come true as far as I’m concerned.”

Quinn, who shows with Rhona Hoffman in Chicago and Almine Rech in Brussels, and who had a two-part show at Salon 94 in New York last year, is coming off of his first museum exhibition, which ran into March at the Madison Museum of Contemporary Art in Wisconsin. His work is held by the Whitney Museum, the Art Institute of Chicago, the Los Angeles County Museum of Art, and a number of other prominent public collections.

The Rembrandt-themed group exhibition at Gagosian in London, which “is going to be a wrap-around-the-block kind of show,” Quinn said, opens on April 12 and runs through May 18. “Everyone better go see it,” he said.