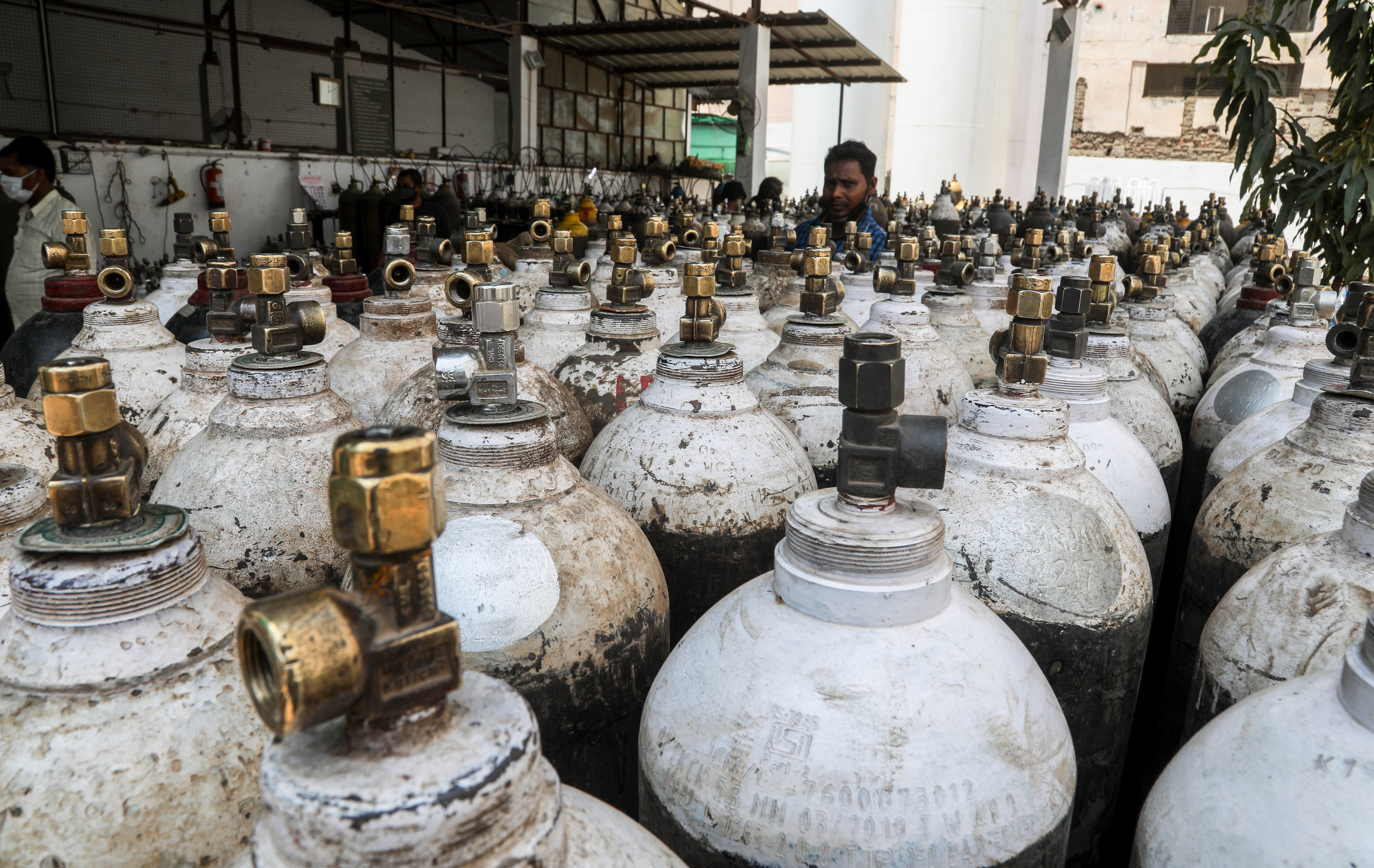 Medical oxygen cylinders at a charging station during the second wave of Covid-19 pandemic.Naveen Sharma | SOPA Images | LightRocket | Getty ImagesIndia reported a record number of daily Covid-19 cases on Thursday as the country’s second wave of coronavirus shows no signs of slowing down.There were 314,835 new cases and 2,104 deaths over a 24-hour period, according to government data. That surpassed the word’s previous highest single-day increase in cases held by the United States.India’s first wave of infection peaked around September following last year’s national lockdown between late-March and May, which had significant economic consequences.Cases began rising again in February and in the subsequent months large crowds, mostly without masks, gathered for religious festivals and political rallies.So far in April, India has reported more than 3.78 million new cases and over 22,000 deaths.While the reported death toll is rising, some media reports suggest that the official number may be under-reported.Situation on the groundThe picture on the ground is grim. Even as officials insist the situation is under control, hospitals are overwhelmed, turning away patients due to a shortage of beds — including those who are critically ill. In some instances, non-related patients are being forced to share beds, according to media reports.Health-care facilities are also low on oxygen supply and the government is reportedly diverting oxygen intended for industrial use to medical facilities instead.India’s Health Minister Harsh Vardhan said in a tweet that the federal government is monitoring supply and demand for oxygen and increased the quota for several states and regions including Maharashtra, the epicenter of the country’s second wave.There is also growing concern about the double mutation of a Covid-19 variant that was discovered in India, which could make the virus more contagious.Most states have stepped up social restrictions such as introducing night curfews and some have entered partial lockdowns.India has so far administered more than 132 million vaccine doses as worries mount over supply shortages. The number of people who have completed their inoculation is still small compared to the country’s 1.3 billion population. Starting May 1, anyone above 18 years old will be eligible for inoculation.The government recently approved around $610 million in grant funding for Covid-19 vaccine-makers Serum Institute of India and Bharat Biotech to boost production capacity, according to media reports. Serum Institute, the world’s largest vaccine maker by volume, said in a statement this week that it will scale up vaccine production over the next two months. It said 50% of capacity would be used to serve the government’s vaccine program and the rest would be for state governments and private hospitals to roll out shots.Serum Institute is producing AstraZeneca’s vaccine, which is known locally as Covishield.