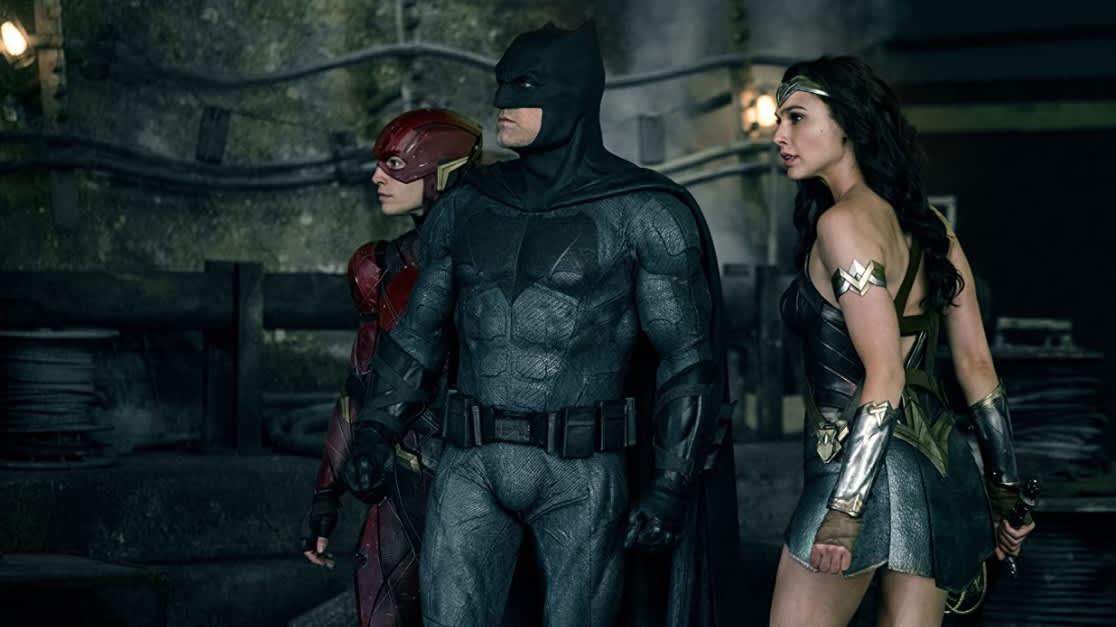 Ezra Miller, Ben Affleck and Gal Gadot star in “Justice League.”Source: Warner Bros.In a crowded streaming world, HBO Max is holding its own against global platforms like Netflix and Disney+.On Thursday, AT&T, which owns WarnerMedia, revealed that its streaming service HBO Max and its premium cable offering HBO added 2.7 million domestic subscribers during the first quarter.The biggest difference between HBO Max and other players is that it currently only operates its streaming video on-demand service in the U.S.So while Netflix, which has been steadily growing for years, added nearly 4 million global subscribers during the same period, it only added about 450,000 subscribers in the U.S. and Canada. The company has around 207.6 million total global subscribers.Similarly, Disney doesn’t break out its U.S. subscribers, only offering a global user total. The company won’t reveal its subscriber growth for the three-month spread between January and March until May, but during the previous three-month period, it added 21.2 million new accounts globally.At the end of Disney’s first quarter ended Dec. 31, it had 94.9 million subscribers. The company updated that figure on March 9, saying it had surpassed 100 million subscribers worldwide. Notably, Disney released the Marvel series “WandaVision” on Jan. 15.At first glance, WarnerMedia seems to be falling behind the pack. In total, HBO Max and HBO have a combined 44.2 million subscribers domestically, up from the 41.5 million reported at the end of the fourth quarter. Globally, the services have less than 64 million subscribers.However, the company is expected to expand its product more widely this year and has already increased its subscriber expectations, predicting between 120 million and 150 million global users for HBO Max and HBO by the end of 2025.Comparisons in the streaming realm are difficult to make because few streaming services follow the same model. That’s where average revenue per user becomes key. This tells investors how much money a company is making for each individual streamer.HBO Max’s ARPU is $11.72 per subscriber. For comparison, Netflix’s ARPU is $14.25 and Disney+ is a little more than $4.ARPU can be an indicator of the quality of revenue a company is generating and as a metric to see how a company is performing over time.WarnerMedia revenue was $8.5 billion during the quarter, up 9.8% compared with the year-ago period. This growth was driven by higher subscription numbers, advertising and content revenue. Subscription revenue topped $3.8 billion, up 12.6%.”HBO Max continues to deliver strong subscriber gains fueled by the success of our day and date theatrical strategy,” said John Stankey, CEO of AT&T, during an earnings call Thursday. “In the US, we’ve added more than 11 million domestic HBO Max and HBO subscribers in the last 12 months.”Content is kingIt is almost impossible for streaming services to determine exactly why a consumer signs up for a service. So, it’s unclear what motivated HBO Max’s 2.7 million new subscribers to dole out the $14.99 per month fee to join up.Viewership metrics are one way to try and make that correlation. In the fourth quarter, strong viewership numbers for “Wonder Woman 1984” led many to attribute high activation rates to the film. After all, at that time, the film was the most watched piece of content on HBO Max.In the first quarter, Zack Snyder’s cut of “Justice League” was well-viewed by HBO Max subscribers, but fell short of the record reached by “Wonder Woman 1984.”In addition to “Justice League,” HBO Max had several other high-profile releases during the three-month period including “Tom & Jerry” and “Godzilla vs. Kong,” which were part of WarnerMedia’s strategy to provide movie theaters with content and pad its streaming service.”The same-day release of movies in theaters and on HBO Max has been a success,” said Pascal Desroches, chief financial officer at AT&T. “It has provided theaters with a steady flow of content in a pandemic-challenged environment and it’s also been a great catalyst for subscriber growth at HBOMax.”The monster movie “Godzilla vs. Kong” has dominated the domestic box office, setting records for movies released during the pandemic. It also drew the largest audience on HBO Max, the company said. The film arrived on HBO Max on March 31, the last day of the quarter.The Snyder Cut, which did not follow this strategy and was an exclusive launch on HBO Max, was expected to also help drive subscriber growth. Particularly, after the company shelled out an estimated $30 million to $70 million on reshoots and post-production.WarnerMedia declined to comment on the project’s financial terms.”It’s a marathon, but I didn’t think a ton of people would sign up for $15 a month to watch a movie,” said Michael Pachter, analyst at Wedbush. “So as long as they are growing, I think they are on the right path.””The better question is about the wisdom of day-date film launches like ‘Godzilla vs. Kong,'” he added. “With only 2.7 million new subscribers, it’s hard to justify killing a large portion of theatrical revenues by supporting HBO Max, and the problem is exacerbated as the economy reopens and more people are vaccinated.”