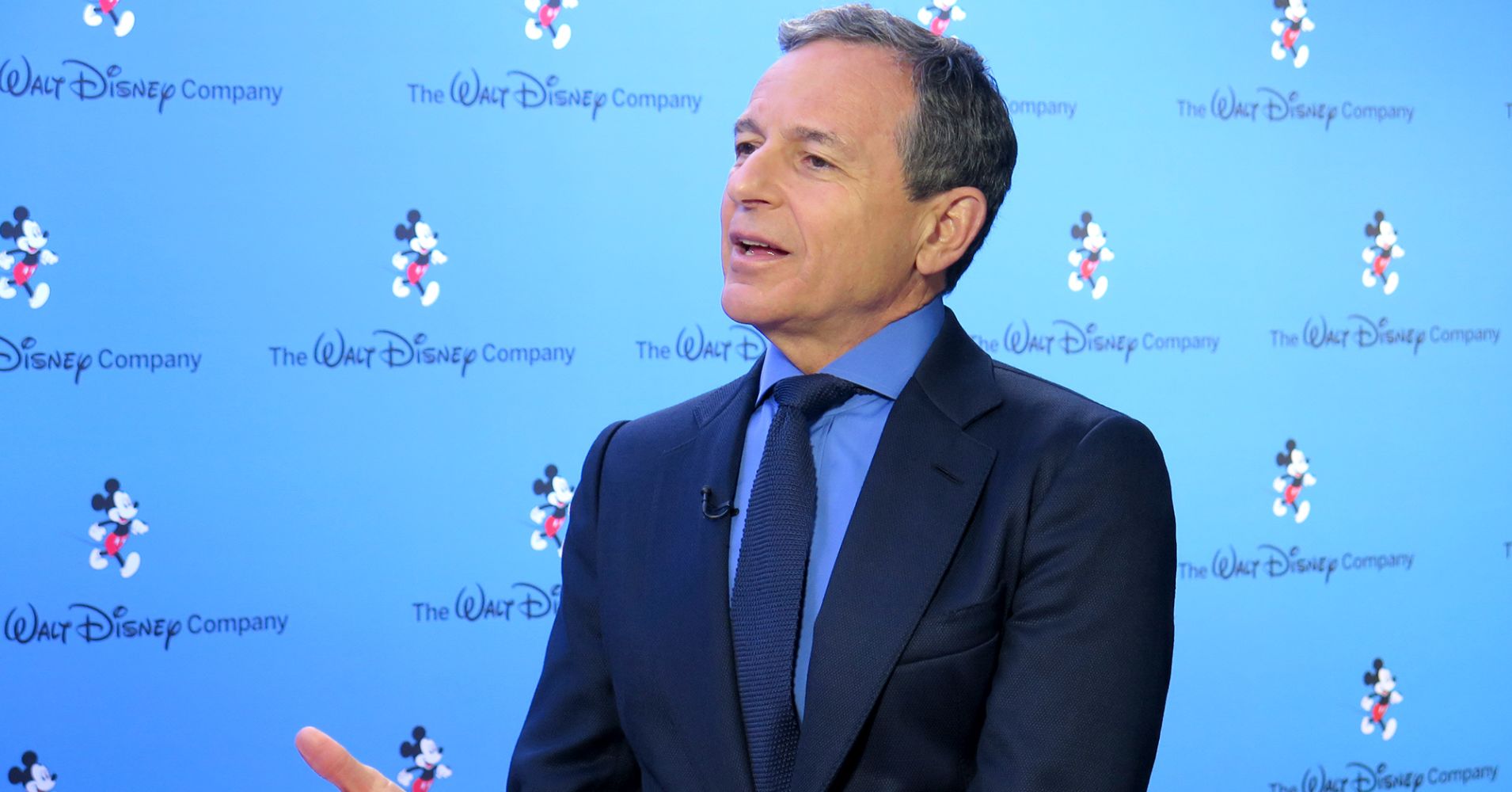 “While I think Netflix has done a good job of creating brand value, and name value, and a product that I think is considered of great value to a lot of people, they’re still building their brand in many respects,” Iger said. “Whereas in our case, we start with a customer relationship that, in many respects is visceral.”

“We’re pricing this to be accessible to the millions and millions – if not hundreds of millions – of Disney fans, and Marvel fans, and Pixar fans, and ‘Star Wars’ fans that are out there,” he added. “The sheer number of people worldwide that know our brands, that interact with our brands on a daily basis, that spend money on our brands is huge. And no other company has that.”

Disney announced Thursday at the company’s investor day that Disney+ will be available starting on November 12 for $6.99 per month or $69.99 per year. The new service will allow customers unlimited downloads so that content can be viewed offline.

Iger also told analysts on Thursday that he would be stepping down in 2021 when his contract ends.

The importance of Disney+ is difficult to understate both for Disney as a leading media empire as well as for Iger himself, who’s postponed his retirement to see the project through.

Iger, who’s served as the company’s chief executive since 2005, first announced in summer 2017 that Disney would introduce its own online streaming service. Though the decision will allow Disney to better take advantage of its extensive media hoard, it’s also forced the company to make a huge bet that it can both terminate its profitable licensing relationship with Netflix and eventually compete with entrenched rivals.

Asked about the estimated loss in incremental profits that Disney could see as a result of forgone licensing fees, Iger said he wasn’t worried.

“I think there are platform economics that trump license fees to third parties. We can start with the affinity that people have to the brand, they want to be connected to it,” he told Faber. “But obviously, the ability to have a direct relationship with the consumer gives us — I think — an opportunity to, in having that relationship with them, to monetize much more effectively.”

“If you look at the Disney consumer, they’re going to movies in movie theaters. They’re renting or downloading movies in their homes. They’re buying consumer products. They’re visiting our parks. They’re sailing on our cruise ships. And I could go on and on,” the CEO added.

But beyond the ending of its lucrative relationship with Netflix, Disney has gone to even greater lengths to ensure the success of the direct-to-consumer platform. In 2018, it flexed its financial arm to spend $71.3 billion to buy assets from 21st Century Fox, including National Geographic and the Fox movie studio. That deal closed at the end of March.

“I realize that we could license it to third parties and make money on it. But it’s much more efficient for us to do it this way and have it be part of a service that’s also creating new content,” Iger said to CNBC. “Which, by the way, the content that we’re creating – that’s original for this – also will create longer-term value.”

The new venture will also likely mark a pivotal moment in the fierce streaming wars, an all-out competition for customers between Netflix, Hulu, Amazon Prime Video and others. Young and old companies alike — including Apple — are scrambling for a piece of the business as an increasing number of viewers expect high-quality programming at their fingertips.

The growing battle has sent the major rivals tinkering with their models in an effort to maximize revenue and strike a happy medium between number of subscribers and price per subscription. Hulu, for example, cut the price of its most popular plan to $5.99 per month in January, while Netflix — hoping to leverage its original content and larger library — raised the price on both its cheapest plan and its HD service.

To be sure, a direct comparison between $210 billion Disney and preexisting streaming services like $159 billion Netflix would be far from a fair comparison. Netflix, though a leader in streaming with about 140 million paid subscribers, simply doesn’t have the same global presence as Disney.

Disney boasts enormous theme parks on multiple continents, generates hundreds of millions of dollars each year in merchandise sales and its legacy business operates under an entirely different framework than streaming content.

Still, many on Wall Street are eager to see if the latest offering will be able to lure subscribers away from established streaming companies and goad Disney shares higher.