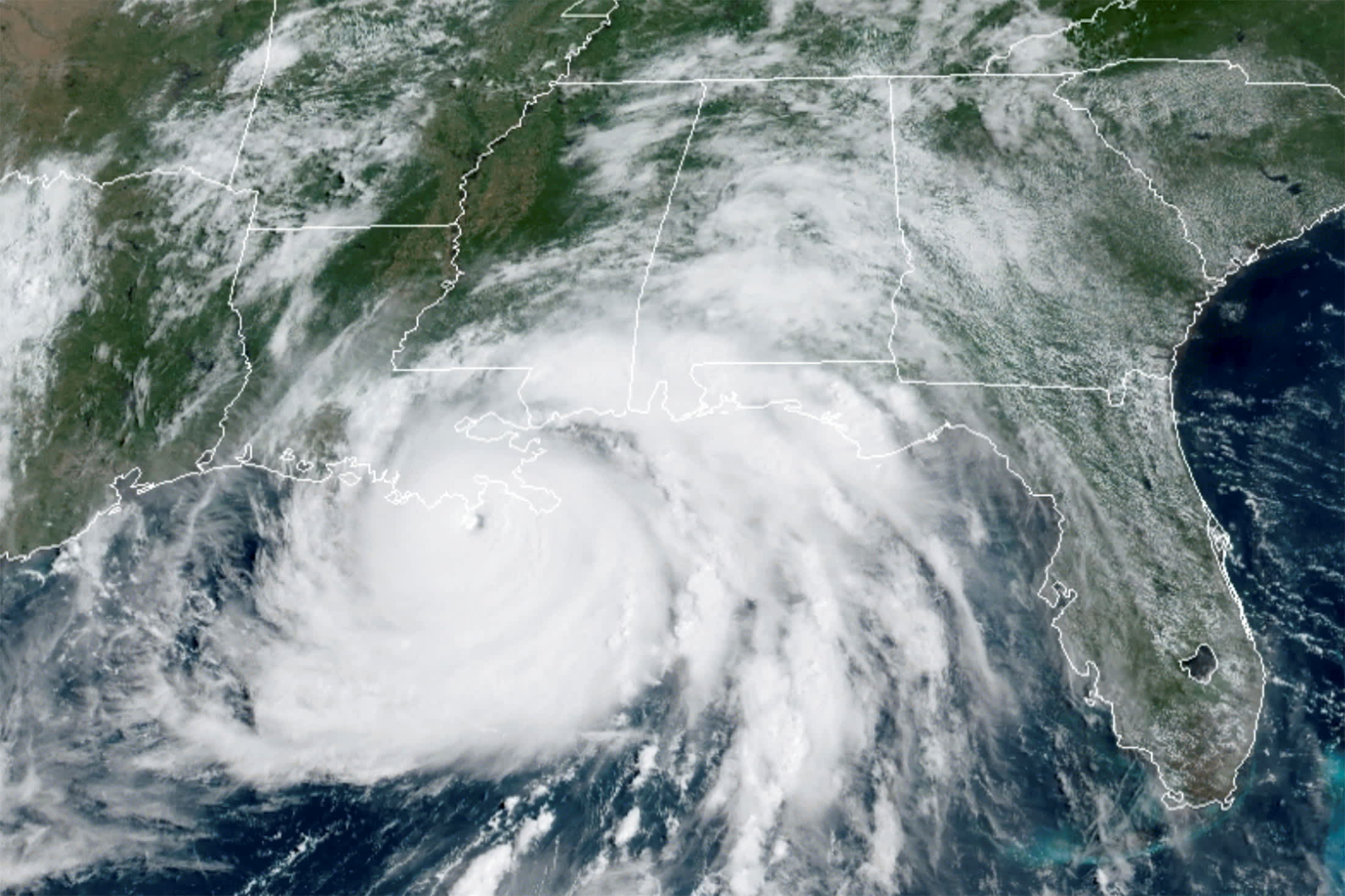 Traffic moves bumper to bumper along I-10 West as residents evacuate towards Texas before the arrival of Hurricane Ida in Vinton, Louisiana.Adrees Latif | REUTERSHurricane Ida made landfall in Louisiana on Sunday as a Category 4 storm with winds of 150 miles per hour, one of the strongest storms to hit the region since Hurricane Katrina, the National Oceanic and Atmospheric Administration said.The National Hurricane Center warned on Sunday at 11 a.m. ET that life-threatening storm surge of nine feet or more is expected from Burns Point, Louisiana, to Ocean Springs, Mississippi, and could potentially topple local levees.Hurricane-force winds started to reach the coast of southeastern Louisiana on Sunday morning before the storm made landfall near Port Fourchon, Louisiana. Roughly 450,000 Louisiana utility customers are without power since the storm hit, and that number is expected to increase, according to PowerOutage.us.In the last hour, sustained winds of 43 miles per hour and a gust to 67 miles per hour were reported at Lakefront Airport in New Orleans. Ida was about 15 miles southwest of Grand Isle, Louisiana, and roughly 45 miles southeast of Houma, Louisiana, the Hurricane Center said.Ida made landfall on the anniversary of Katrina, the dangerous Category 3 storm that devastated Louisiana and Mississippi 16 years ago, killing more than 1,800 people and causing $125 billion in damage.The strength and path of Ida will be a significant test of New Orleans’ post-Katrina flood defenses, including levees, flood walls and gates that were built to provide storm protection. Katrina had caused levee breaches and catastrophic flooding in New Orleans.Ida has also triggered concerns about the city’s hospitals, which are already overwhelmed with Covid-19 patients and have little room for evacuated patients. Shelters in Louisiana will run at reduced capacities due the pandemic, though state officials are working to secure hotel rooms for evacuees.Ida intensified so quickly that officials didn’t have time to order mandatory evacuations. New Orleans Mayor LaToya Cantrell ordered a mandatory evacuation for a small area of the city outside the levee system, but said there wasn’t time to issue one for the whole city.All Sunday flights were also canceled due to the approaching storm, the New Orleans Airport said Saturday.President Joe Biden has declared a state of emergency for Louisiana and Mississippi, a move that authorizes the Department of Homeland Security and Federal Emergency Management Agency (FEMA) to coordinate all disaster relief efforts.”The storm is a life-threatening storm,” the president said during a briefing at the FEMA headquarters on Sunday. “Its devastation is likely to be immense. Everyone should listen to the instructions from local and state officials.”Louisiana Gov. John Bel Edwards on Saturday said the storm will be one of the strongest to hit the state since at least the 1850s.A resident takes home sandbags from a city run sandbag distribution location at the Dryades YMCA along Oretha Castle Haley Blvd., Friday, Aug. 27, 2021, in New Orleans, as residents prepare for Hurricane Ida.Max Becherer | The Times-Picayune | The New Orleans Advocate via APForecasters with the National Weather Service “are extremely confident in the current track and the intensity as forecasted for Hurricane Ida, and you don’t really hear them speaking very often about that level of confidence,” Edwards said during an afternoon press briefing.Damaging winds will spread into southwestern Mississippi on Sunday night and early Monday, likely causing widespread tree damage and power outages, and heavy rainfall and is expected across the central Gulf Coast, the Hurricane Center said.As the storm moves inland, significant flooding is forecast across portions of the Lower Mississippi, Tennessee Valley, Upper Ohio Valley, Central Appalachians and the Mid-Atlantic through Wednesday, according to the Hurricane Center.Ida is the first major storm to hit the Gulf Coast during the 2021 Atlantic hurricane season. The Atlantic hurricane season of 2020 was the most active on record, with 30 named storms, 13 of which were hurricanes.Scientists warn of increasingly dangerous hurricane seasons as climate change fuels more frequent and catastrophic storms. NOAA expects the 2021 season to see between 15 and 21 named storms, including seven to 10 hurricanes.This story is developing. Please check back for updates.

A race against Covid: How Moderna and Pfizer-BioNTech developed vaccines in record time
Israel doubles down on booster shots as daily Covid cases set new record
To Top
error: Content is protected !!