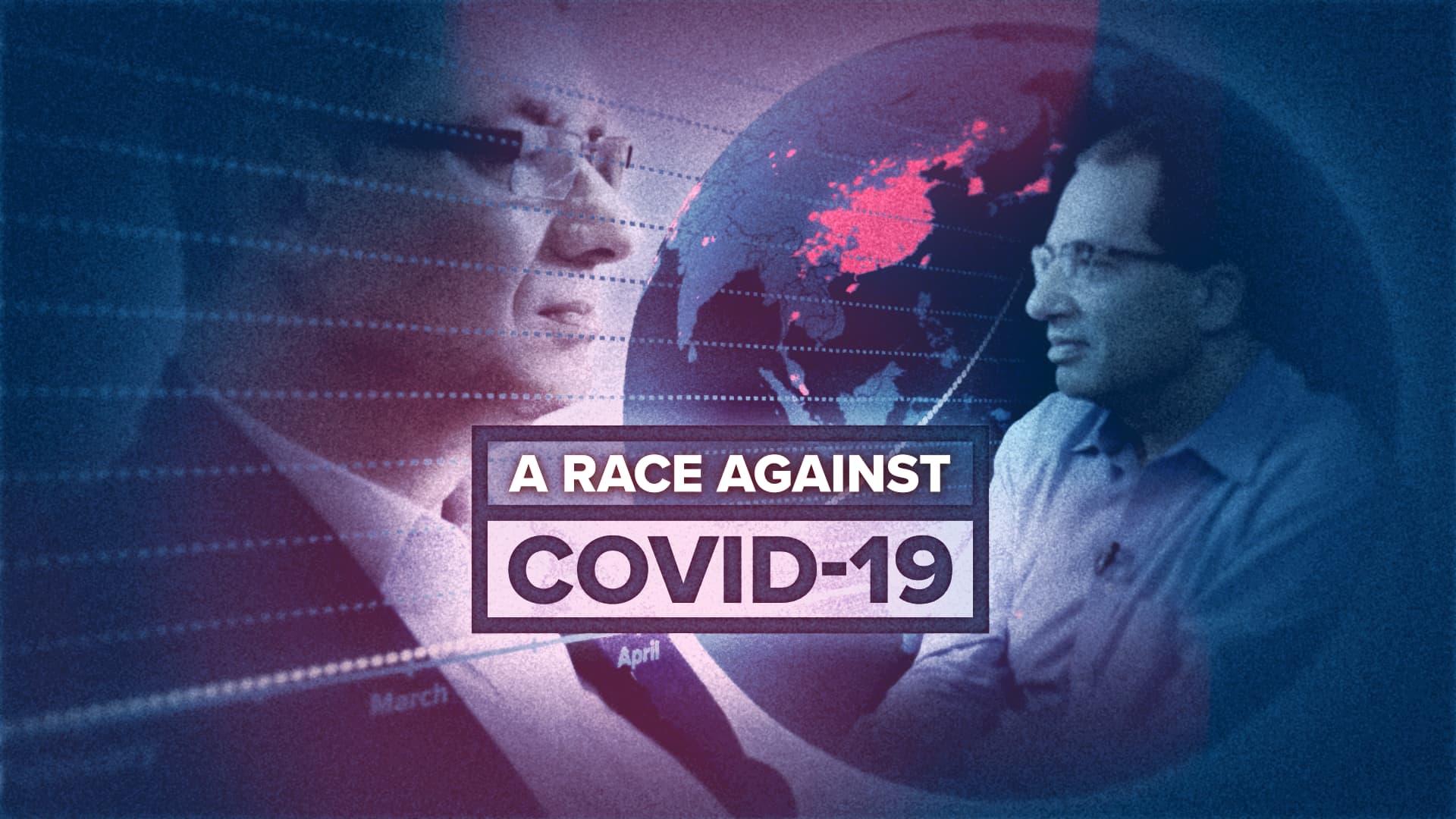 The power of messenger RNA is obvious now, as vaccines from Moderna, BioNTech and Pfizer have blunted the force of the coronavirus in communities with access and high uptake.But in early 2020, as a mysterious and dangerous new pathogen spread in Wuhan, China, it was anything from a safe bet as the basis for vaccines that would stop the virus.When the work began, even the decision to pivot an entire business to the new virus may have seemed alarmist. But the signs from China were clear enough to Moderna’s chief executive, Stephane Bancel, and BioNTech’s chief, Dr. Ugur Sahin, that they started turning their ships, they told CNBC in interviews for a documentary released Friday about the vaccine race.”The night that China locked down Wuhan, I’m like: ‘When was the last time I know a city has been locked down because of an infectious disease?'” Bancel recalled. “And what goes through my mind is: what do the Chinese know that we don’t know?”Bancel said he awoke sweating at 4 a.m., realizing, “Jeez, there’s going to be a pandemic like 1918.”For Sahin, it was reading a paper in the Lancet in late January describing the outbreak in China.”I did a number of calculations, fast calculations, and realized it had already spread,” Sahin said. “And it was clear that it was already too late to stop the disease.”But he was convinced BioNTech, then focused mainly on personalized cancer therapies, may be able to do something. His company reached out to Pfizer, he said, proposing to work on a vaccine for the novel coronavirus using the same technology, messenger RNA, on which they’d already partnered to try to tackle the flu.”We had the first contact a few days after starting the project,” Sahin said. “At that time, Pfizer was not yet interested.”Albert Bourla, Pfizer’s CEO, confirmed Sahin’s account, saying in the earliest months of 2020, he was focused on maintaining the company’s operations in China. But by late February, he said, he’d determined Pfizer needed to work on a treatment and a vaccine.”What is the best approach?” Bourla said he asked his team.Kathrin Jansen, head of Pfizer’s vaccine research and development, said they assessed all existing technologies, including protein-based vaccines and vaccines using viral vectors.”They all have too few pros and too many cons,” she said.Other companies that jumped into the race in its earliest days had chosen other approaches: Johnson & Johnson and AstraZeneca, partnered with Oxford University, focused on viral-vector vaccines, also relatively new. Other companies, like Sanofi and Novavax, depended on more proven technology in protein-based vaccines.But messenger RNA was a risk; it had never been used before as an approved vaccine or drug.”I wrestled a little bit with the decision,” Bourla said. But after another meeting with the team, “they convinced me.”That’s when Sahin called a second time. The outbreak, by that point, was already in New York, he said. Reaching Jansen, he described the work that BioNTech already had underway, and asked if Pfizer would like to work together.”And I said: absolutely,” Jansen remembered. “Let’s talk about this.”At Moderna, it was never a question that messenger RNA would be the way forward; that was the technology around which the company was founded in 2010. But that didn’t mean questions didn’t exist.”Even going into March, there were voices that said vaccines were false hope,” recalled Dr. Stephen Hoge, Moderna’s president. “It did feel for a period of time that we needed to defend even the idea of trying.””When we were thinking about how do we get into Phase 1, what does it look like to prepare for a pandemic, the eyes of the world felt as though they were looking at Moderna as this biotech … ‘what are they trying to do?'” said Hamilton Bennett, Moderna’s senior director of vaccine access and partnerships.”It was only when we transitioned in that March notification from the WHO that this was a global pandemic, it’s an emergency, that I think people started to realize that what we’re doing isn’t playing in a sandbox trying to demonstrate our technology,” Bennett said. “We’re developing a vaccine that’s going to stop the pandemic.”The companies succeeded, in what became one of the greatest medical races in history. Here, they recall how it happened.

Walmart should be under tighter scrutiny because of wrongful firing of employee with Down syndrome, EEOC says
Hurricane Ida makes landfall in Louisiana as a strong Category 4 storm
To Top
error: Content is protected !!