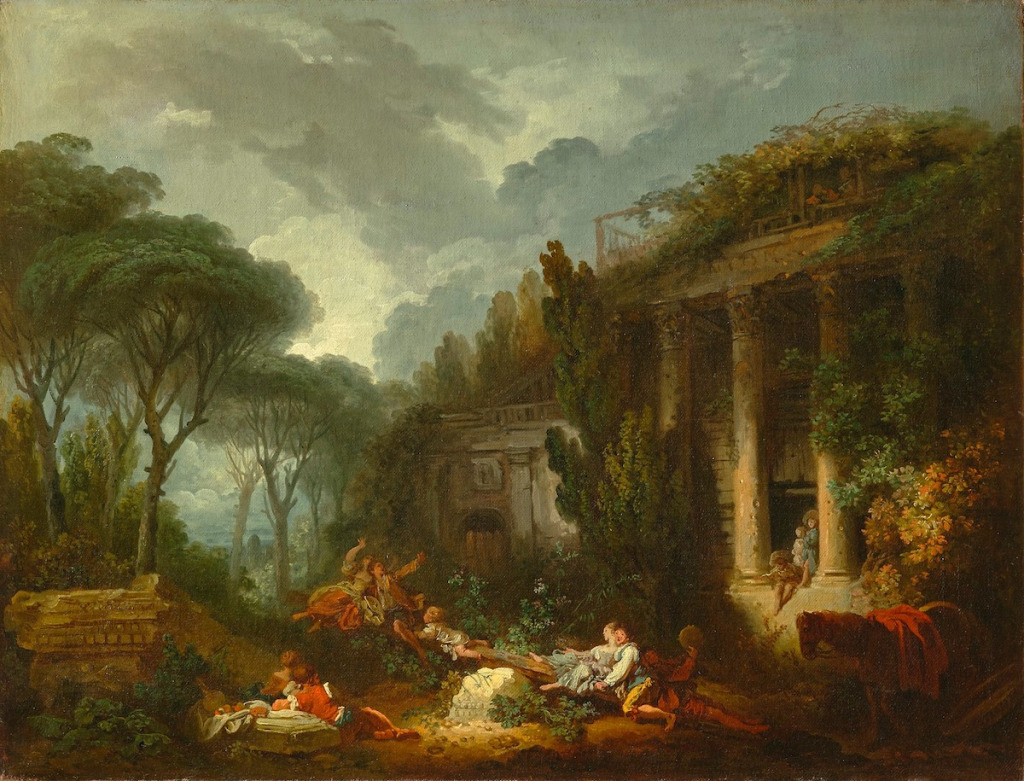 France has added to its national collections two paintings by Jean-Honoré Fragonard that were thought to be missing until 2017. Both will now be displayed at the Musée Fabre in Montpellier.
Titled Le Jeu de la Palette (The Paddle Game) and La Bascule (The Seesaw), both ca. 1760-65, they feature landscapes overflowing with greenery, with small figures playing beneath grand Neoclassical structures.
Four years ago, the paintings re-emerged when a family discovered them while inventorying a castle in Normandy. The last known record of the two works before that was a 1786 document of their sale to Pierre Bergeret de Grandcourt, a French aristocrat and a friend of Fragonard. The family that had found the paintings applied for an export license to sell the works abroad, but the French state barred the paintings from leaving the country, declaring them national treasures.

The French Ministry of Culture did not say how much it had paid for works when it announced the acquisition on Thursday, though Le Figaro has reported that, in 2017, France paid an advance of €6 million ($7 million) to keep the works within the country’s borders. The Louvre helped fund the acquisition.
In a statement, Roselyne Bachelot, the French culture minister, said she is “delighted with the success of an emblematic operation both for the enrichment of public collections and for the cultural action of the State in the territories.”
It is typically an event when a Fragonard painting reappears. Last month, a rediscovered portrait of a philosopher by the Rococo artist headed to sale at the Enchères Champagne auction house in Épernay, France. It sold for $9.2 million, becoming the third-most expensive Fragonard painting ever sold at auction.

Venice Avoids UNESCO’s ‘In Danger’ Designation After Cruise Ship Ban
How LACMA and ASU Are Charting a Path to the Top for the Next Generation of Curators of Color
To Top
error: Content is protected !!