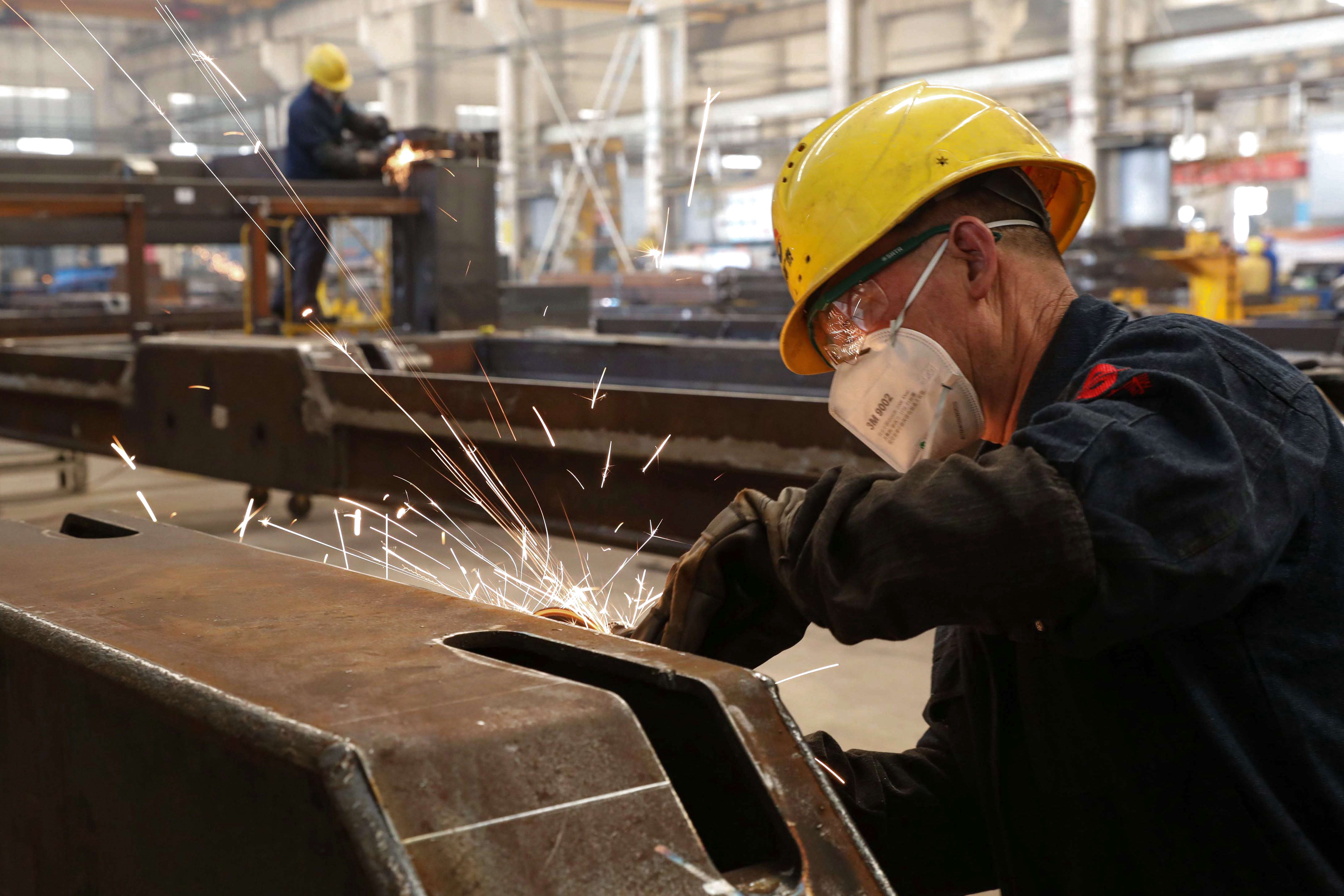 China on Tuesday said manufacturing activity expanded in June with the official Purchasing Manager’s Index coming in at 50.9.Economists polled by Reuters had expected the official manufacturing PMI number to come in at 50.4. PMI readings above 50 indicate expansion, while those below that level signal contraction.In May, official manufacturing PMI came in at 50.6, according to the National Bureau of Statistics. PMI readings are sequential.The bureau said in its announcement of the PMI reading that supply and demand are starting to pick up, with the index for new orders rising for two straight months, according to a CNBC translation. Better readings in both the import and export indices are also helping, as major economies reopen.However, uncertainties remain, the bureau cautioned, adding that the pandemic has not been effectively controlled overseas.Data showed the index for new export orders was still in contractionary territory, even though the reading improved, coming in at 42.6 for the month of June from 35.3 in May.China’s manufacturing activity has been hit by shocks on both the supply and demand fronts due to large-scale lockdowns in many parts of the world aimed at containing the coronavirus pandemic. The virus first emerged late last year in the central Chinese city of Wuhan.While Chinese factories faced problems fulfilling orders early in the pandemic, they are now faced with a demand slump globally as the number of infected people passed the 10 million threshold, according to Johns Hopkins University.The official services PMI meanwhile came in at 54.4 in June from 53.6 in May.”These rising PMIs suggest China’s recovery is still on track, but the momentum could lose some steam in coming months,” Nomura economists wrote in a note after the PMI data release.A resurgence of new coronavirus cases in Beijing and some surrounding cities has dealt another blow to the domestic services sector, with renewed limits on social activities dampening the pace of recovery. That was evident from the nearly 69% drop in tourism revenue during the three-day Dragon Boat Festival that officially ended Saturday.”The Dragon Boat Festival holiday data suggest there was no clear recovery in the tourism sector between end-April and end-June,” added the Nomura economists.Another set of factory data will be released on Wednesday by Caixin and IHS Markit. This private survey features a bigger mix of small- and medium-sized firms. In comparison, the official PMI survey typically polls a large proportion of big businesses and state-owned companies.— CNBC’s Evelyn Cheng contributed to this report