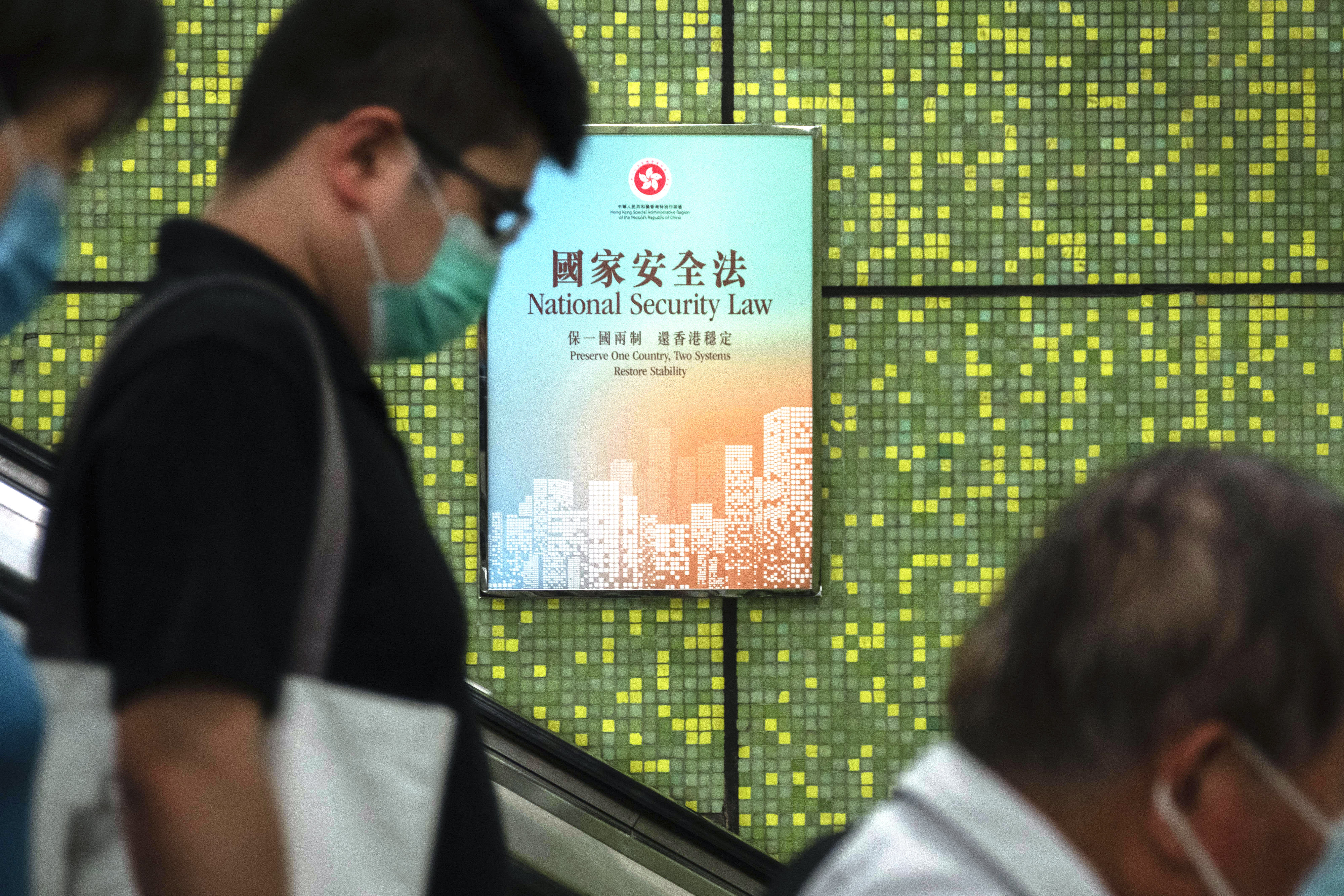 Investors who take a sustainable approach to allocating capital may be reevaluating putting their money into Hong Kong after the city implemented a national security law, an analyst said on Friday.”That’s the one area of international capital flows that could be quite significant,” said Andrew Collier, managing director of Orient Capital Research, a research firm.Sustainable or “ESG” investing factors in a company’s environmental, social and governance ratings. These strategies vary and are subjective, but generally aim to make socially conscious investing decisions.Hong Kong has seen more than a year of protests that sometimes turned violent as residents pushed back against eroding freedoms in the city. Critics say the recently implemented national security law grants the central government in Beijing sweeping powers to clamp down on dissent in Hong Kong.U.S. Secretary of State Mike Pompeo called the law “draconian” and said it “ends free Hong Kong.” Before China’s law was implemented, the U.S. Senate passed a bill that would impose sanctions on people or companies that “materially contribute to China’s failure to preserve Hong Kong’s autonomy.””It’s one thing for Congress and Trump to make political statements. It’s another thing for the funds themselves in Europe and in the United States to take a position based upon the optics of supporting an increasingly oppressive political climate,” Collier told CNBC’s “Street Signs Asia.”On Tuesday, HSBC investor Federated Hermes said in a statement it was concerned about the bank’s support for the new law.”We expect companies to support improvements in protections for citizens and not back their removal,” said Roland Bosch, Federated Hermes’ sector lead for financial services. Bosch is responsible for corporate engagements in Europe and the U.S.HSBC did not immediately reply to a CNBC request for comment.This could just be the tip of the iceberg, said Collier. He suggested other funds may be pushed by labor unions. For example, retired teachers’ funds are likely “not going to be very happy with what’s going on in Hong Kong,” he added.Large funds may start to readjust investment protocols and operations in Hong Kong, affecting the city’s position as a international financial center, said Collier.Earlier in June, Aviva Investors had expressed similar concerns about both HSBC and Standard Chartered before the law was implemented.The firm, a top shareholder of both banks, said it was “uneasy” with the public support for the law. It said it expects “both companies to confirm that they will also speak out publicly if there are any future abuses of democratic freedoms connected to this law.”The banks declined to comment to CNBC when that statement was reported.— CNBC’s Abigail Ng contributed to this report.