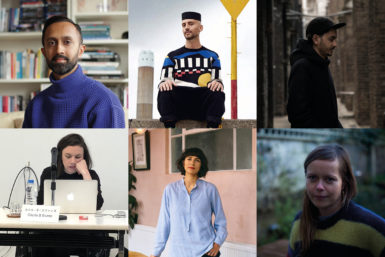 The Film London Jarman Award, which recognizes United Kingdom–based artists making moving-image work, has revealed the six shortlisted artists for this year’s prize. The award comes with £10,000 (about $12,600).

The artists selected for the 2019 shortlist are Cécile B. Evans, Beatrice Gibson, Mikhail Karikis, Hetain Patel, Imran Perretta, and Rehana Zaman. Works by these artists will tour ten arts venues throughout the United Kingdom, and a weekend of screenings, discussions, and performances is set to take place at Whitechapel Gallery in London in November before the winner is announced at the city’s Barbican Centre.

Adrian Wootton OBE, chief executive of Film London and the British Film Commission, said in a statement, “This year’s Jarman Award shortlist is a fantastic showcase of original work that seeks to question, alter and articulate the modern world around us by exploring prevalent topics such as environment, identity and consumerism. With practices ranging from puppetry and animation to dance and poetry, these artists highlight the breadth of creativity and craftsmanship that art-film has to offer, as well as its powerful ability to immerse and provoke audiences.”