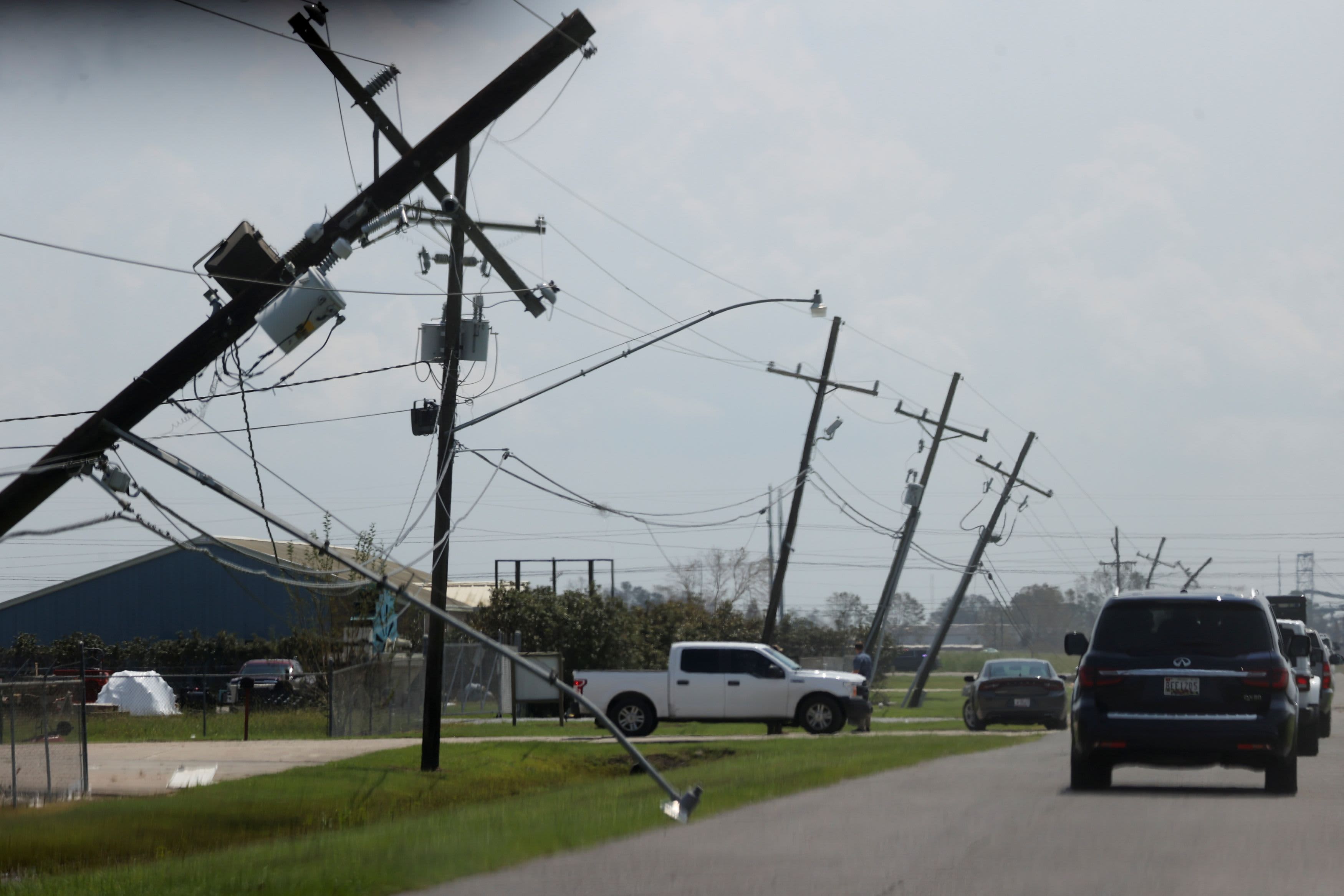 The presidential motorcade drives past an area affected by Hurricane Ida as U.S. President Joe Biden begins his tour of the hurricane-affected areas in Louisiana, September 3, 2021.Jonathan Ernst | ReutersMore than a week after Hurricane Ida made landfall in the region, hundreds of thousands of Louisiana homes and businesses, and thousands in Mississippi, remained without power as a new storm front moved in, threatening restoration efforts.According to PowerOutage.us, the numbers amounted to 495,384 Louisiana customers and 4,656 in Mississippi without power as of Monday afternoon.The National Weather Service issued a flash flood watch for southeastern Louisiana early Monday.Showers and thunderstorms were expected, with the heaviest capable of producing three inches of rain, or more, in a brief period of time. “Soil conditions are saturated or nearly saturated and heavy rainfall may quickly lead to flash flooding,” the warning said.Utility group Entergy said in a company statement Monday morning: “Storms could hamper restoration in areas where conditions become unsafe for our restoration team to continue its work.”Entergy also reported that 54% or 513,000 of its customers had already had their power restored, out of 948,000 total who lost power during Hurricane Ida.About 902,000 of effected Entergy customers were in Louisiana. As of Monday, the company said it had restored power to nearly half of those, or 467,000, including about 66% of those experiencing blackouts in New Orleans. In New Orleans, 69,000 Entergy customers remained without power as of Monday morning.As Gizmodo recently reported, Entergy has a history of protesting policies that would lead to greater use of renewable energy, and investments in solar and energy storage systems in Louisiana. Besides generating electricity from clean, renewable sources, such systems generally make the grid more stable wherever they are built, and can help provide or restore power in the aftermath of natural disasters.Entergy wrote that amid the new flash flood warnings in the region, “restoration times extend to no later than September 29,” for the hardest hit communities, such as St. Charles Parish and Terrebonne Parish. That’s a full month after Hurricane Ida made landfall.

Covid vaccination rates have slumped in some parts of the world, and experts are worried
‘Venom: Let There Be Carnage’ release date moved up two weeks after ‘Shang-Chi’ success
To Top
error: Content is protected !!