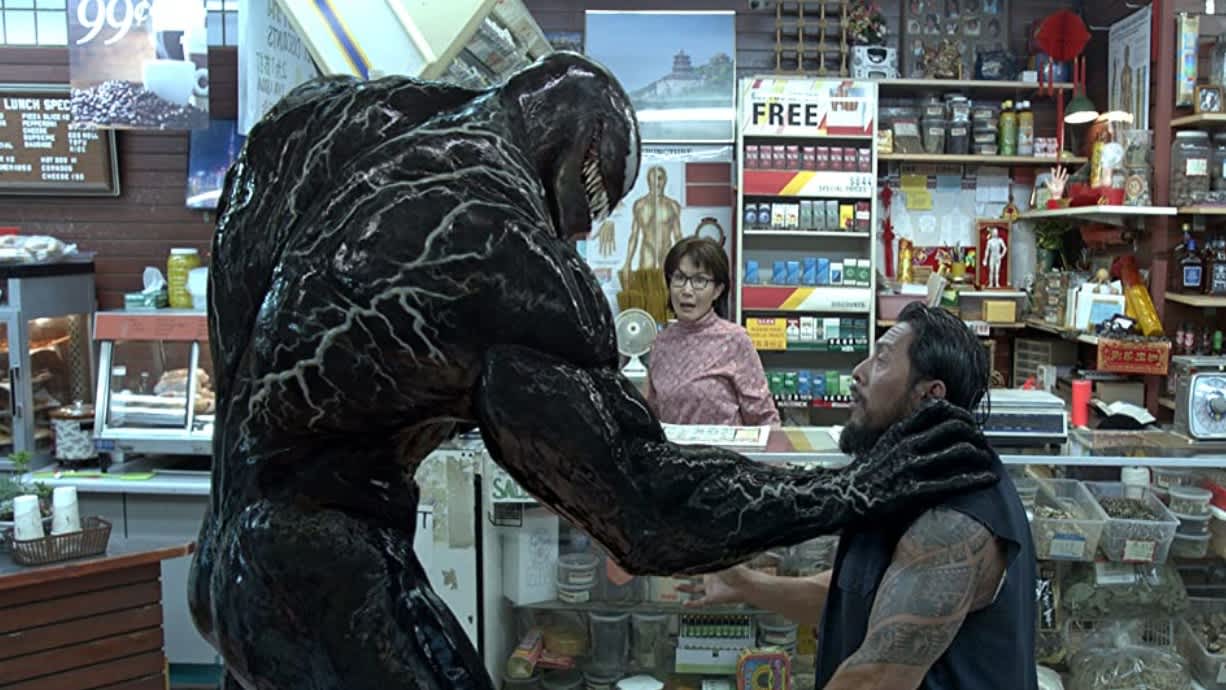 Sony has moved up the theatrical release date for “Venom: Let There be Carnage,” by two weeks to Oct. 1, according to the studio’s website.The new date for the hotly anticipated “Venom” sequel follows a box office smash for another Marvel comic book adaptation, Disney’s “Shang-Chi and the Legend of the Ten Rings.”Four-day holiday weekend box office results came in at $90 million for “Shang-Chi,” after racking up $75.5 million for its first three days in theaters, according to numbers shared by Comscore senior media analyst Paul Dergarabedian Monday.These numbers indicate fans’ willingness to turn out for some movies in theaters even amid Covid concerns.Generally, cinemas have struggled to recover from pandemic shutdowns. A lack of new releases to show impacted them. What content did arrive in theaters was made available on streaming services, concurrently in some cases.”Shang-Chi” was the first Marvel Studios’ film to be shown exclusively in cinemas since the pandemic began. “Shang-Chi,” which stars Simu Liu and Awkwafina, also made history as Marvel’s first movie featuring an Asian protagonist.”Black Widow,” released in July, debuted in theaters and on Disney+ premier access on the same day, stirring a dispute over star Scarlett Johansson’s pay.In 2018, the first “Venom” made $855 million at the global box office, and was the sixth highest-grossing movie in the world.Directed by “Lord of the Rings” star Andy Serkis, “Venom: Let There Be Carnage” was originally slated for release in October 2020. That release date was delayed to June 2021, September and more recently Oct. 15, due to pandemic-related complications.The thriller stars Tom Hardy as Eddie Brock a.k.a. Venom, a journalist who lives with an alien symbiote within, giving him superhuman strength. Co-stars include Michelle Williams in the role of Anne Weying, Woody Harrelson as the primary villain Cletus Kasady, a.k.a. Carnage, and Naomie Harris, as Frances Barrison, a.k.a. Shriek.The United States has recorded more than 40 million covid cases and 651,690 deaths, according to NBC News tabulations.– CNBC’s Sarah Whitten contributed to this report.

Half a million without power in Louisiana, Mississippi amid new flash flood warnings
People are booking Christmas vacations earlier than ever before
To Top
error: Content is protected !!