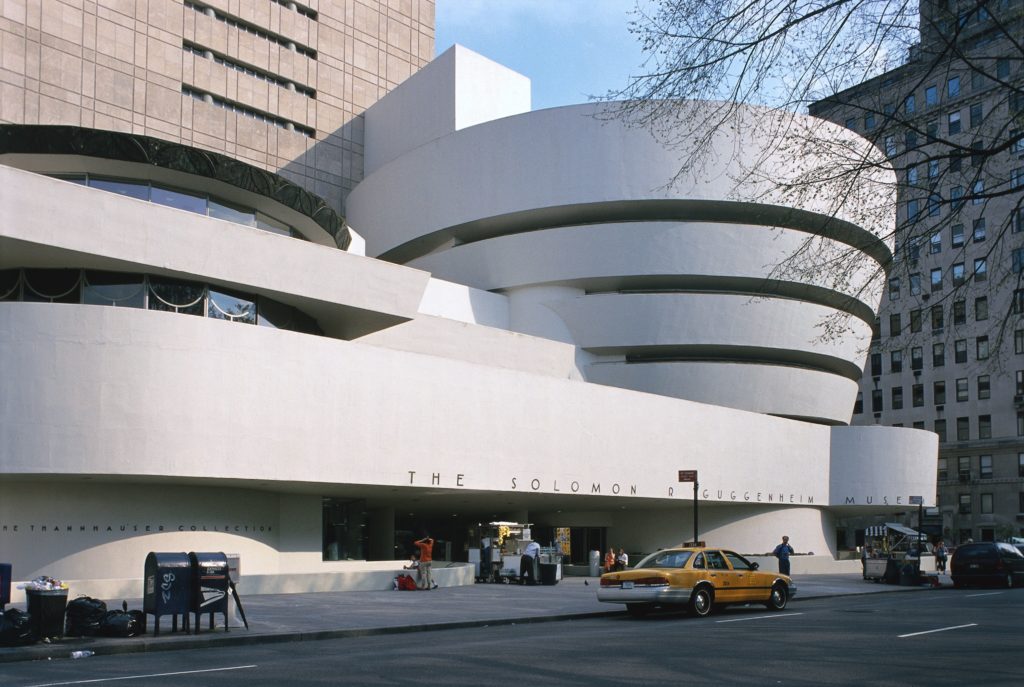 Over the past year, museums in North America have seen workers band together to form unions at such institutions at the New Museum and the Frye Art Museum and to protest labor policies at the Vancouver Art Gallery, the Museum of Modern Art, and MoMA PS1. Now employees at another major institution are making steps toward unionization.

Installers, maintenance workers, art handlers, and others are working together to launch a union at the Guggenheim Museum in New York. The proposed union would be a part of IUOE Local 30, a group that also includes MoMA’s union. After workers filed a petition with the Guggenheim last week, museum officials said days later that the institution would not recognize the union, according to a Guggenheim worker contacted by ARTnews. On Tuesday morning, the museum will hold meetings with employees in an attempt to “provide relevant facts around the situation,” according to an email sent by management to Guggenheim workers.

About 90 workers are involved in the potential Guggenheim union, including art handlers, installers, construction workers, maintenance workers, and others responsible for the painting and lighting involved in presenting exhibitions at the museum.

At issue for the workers are wage structures at the institution. Those involved in the potential union contend that wages offered by the museum are too low and that rates for raises should be higher. According to a document recently circulated online with anonymous reports of public museum workers’ salaries, Guggenheim workers are paid at lower rates than those who hold similar positions at other New York museums like MoMA and the Whitney Museum.

“We want a voice at the museum because working conditions have deteriorated,” a worker at the museum who requested anonymity told ARTnews. “We want to be able to have our concerns taken seriously by management, and after raising them for several years and having them go unanswered, it feels like this is our only route. It’s not one being taken out of malice.”

In a statement to ARTnews, a museum spokesperson said on Friday, “We have been informed that Local 30 of the International Union of Operating Engineers is seeking to represent a certain group of our employees. We respect the right of our employees to decide whether they wish to be represented by a union.”

Andres Puerta, a representative for Local 30, said the Guggenheim’s work with the employment law firm Epstein Becker Green—whose website lists “employment, labor & workforce management” as one of the services it offers—represents a potential obstacle. “They are positioned to fight the workers,” Puerta said. (A spokesperson for the museum said, “The Guggenheim has used Epstein Becker Green as employment law counsel since 2017 and continues to work with the firm in this process.”)

Over the past year, the Guggenheim has been a site of activism. In February, the activist group P.A.I.N. memorably protested the Guggenheim’s acceptance of gifts from the Sackler family, which has been accused of knowingly helping start the opioid crisis, by holding a die-in in the atrium and dropping flyers from the rotunda. The group’s protest was ultimately a success—the Guggenheim said months later that it “does not plan to accept any gifts” from the family in the future.

The Guggenheim is far from the only major institution roiled by such activist happenings, however, and it is far from the only North American museum adjusting to calls for unionization. Workers at the New Museum in New York unionized earlier this year, and a group of security guards at the Frye Art Museum in Seattle are currently pursuing the formation of a union. Meanwhile, at MoMA PS1, the Museum of Modern Art, and the Vancouver Art Gallery, preexisting unions have helped workers agitate for better wages.

Now workers at the Guggenheim are similarly hoping that banding together will lead to better labor conditions. For some, it’s thrown into relief what feels like a disconnect between the museum and its workers. “Even if we weren’t paid well, or if we thought we had concerns about workplace safety, we thought we had a good dialogue at least,” the worker said. “I guess that’s not even the case.”