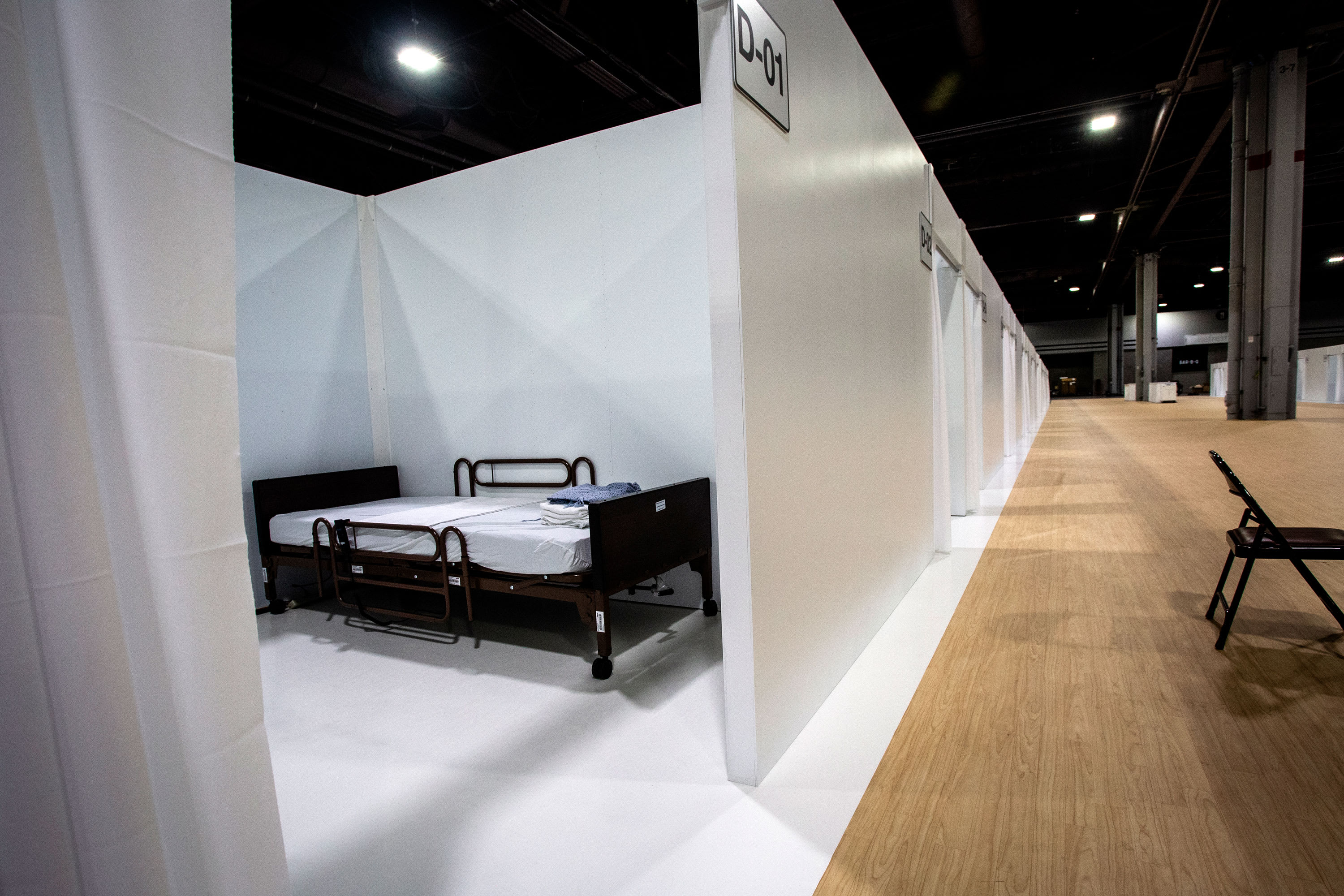 One room at a temporary hospital is viewed at the Georgia World Congress Center, Thursday, April 16, 2020, in Atlanta. Georgia.Ron Harris | Pool | APGeorgia is planning to reopen a field hospital at Atlanta’s Georgia World Congress Center as the state struggles with increasing hospitalizations and record-breaking new Covid-19 cases, according to Gov. Brian Kemp’s office.The convention center first turned one of its exhibit halls into a 200-bed makeshift alternative care facility in April, but officials closed the facility in May. The state has since reported record-breaking jumps in additional new Covid-19 cases since mid-June.According to a release from Kemp’s office, the facility will utilize state-owned equipment, such as hospital beds and medical equipment, procured through the Georgia Emergency Management and Homeland Security Agency earlier this year.The state first plans to “leverage a new contract for enhanced bed capacity with a metro-Atlanta area hospital” before using the center, according to the release. “Over the past two weeks, we have experienced an increase in cases and hospitalizations, and following a drop-off in specimens collected over the holiday weekend, we now expect a trend of higher case numbers as new results arrive,” according to a release from Kemp’s office. The need for additional space could be a sign of a worsening outbreak in Georgia, which was the first state to begin reopening its economy in late April. The Georgia Department of Public Health reported 4,484 new cases Friday, a record-breaking daily tally. Most of the state’s cases are being reported in four counties in the greater Atlanta area.There were more than 2,300 people in the state’s hospitals with Covid-19 as of Thursday, according to data from the Covid Tracking Project, an independent volunteer organization launched by journalists at The Atlantic. The state has reported a 43% increase in its number of hospitalizations, based on a seven-day average, compared with a week ago, according to a CNBC analysis of the data.

Outbreak of dengue fever in Southeast Asia is ‘exploding’ amid the coronavirus fight
Canada Goose CEO says experiential store is ‘a break from the insanity’
To Top
error: Content is protected !!