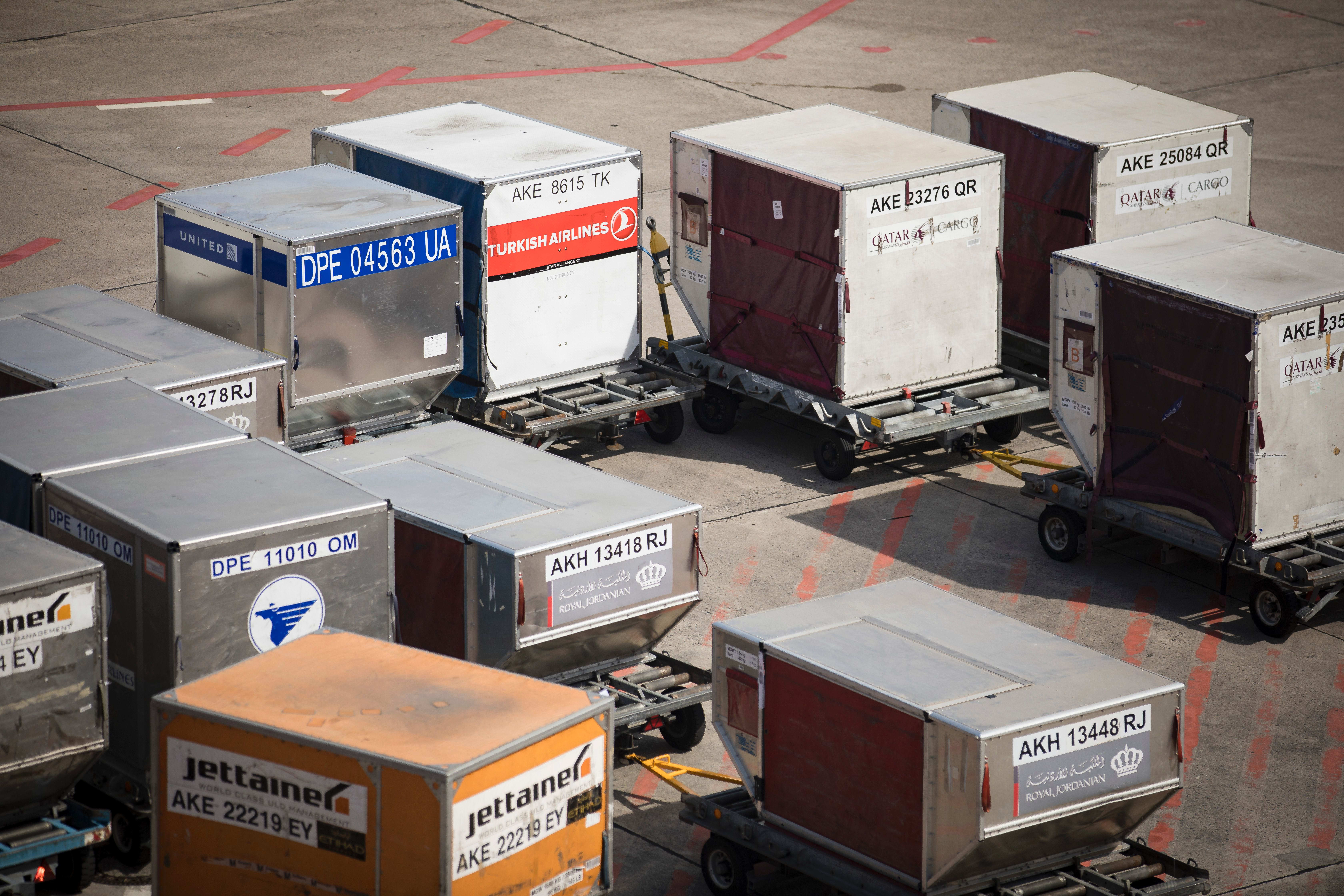 When President Donald Trump announced last year that tariffs on hundreds of Chinese-made goods, including bicycle components, would rise from 10% to up to 25%, Wayne Sosin began to stock up.

The president of Conway, South Carolina-based Worksman Cycles, which makes industrial tricycles and recreational cruiser bicycles, said the company bought more of the Chinese-made rims, spokes and tubes before the bigger tariffs hit. Since then, he said, he has slowed his imports of parts, whose higher costs are eating into the company’s bottom line.

“Some of it made it on time,” Sosin said. “In a perfect world, we would have bought even more but our suppliers couldn’t deliver.” He considered flying some of the parts by air cargo, but it was too expensive.

The U.S.-China trade war is now playing out from the Worksman factory near the Atlantic coast to shipping and air freight lanes that run over the Pacific.

“I don’t think we’ve seen anything quite like this before and that sets up all sorts of unusual behavior in the industry,” said Mark Diamond, a principal at consulting firm ICF.

Economists and executives alike are trying to assess the impact of tariffs and the overall health of the economy, amid mixed signals such as steady consumer spending, weak manufacturing data and volatile stock and bond markets. J.P. Morgan wrote in a note this week that the average American household will lose $1,000 a year because of new tariffs.

Morgan Stanley said this week that global growth would expand by 2.8% in the fourth quarter, “the lowest rate since the financial crisis.”

The Dow Jones Transportation Average, which tracks 20 companies in package delivery trucking, rail and airline segments — including FedEx, CSX and American Airlines — is up 10% this year, compared with nearly 17% gain for the broader S&P 500. The DJTA, considered an economic bellwether, has dropped by about 5% in the last month, compared with an almost 2% decline in the broader market.

In July, the Cass Freight Index, which measures North American rail and truck volumes, fell 0.8% from June, marking its eighth month of declines, and a drop of nearly 6% from a year ago.

“With the -5.9% drop in July, following the -5.3% drop in June, and the -6.0% drop in May, we repeat our message from last two months: the shipments index has gone from “warning of a potential slowdown” to “signaling an economic contraction,” strategist Donald Broughton wrote in the report for Cass Information Systems, a freight payments processor.

As the trade dispute continues, it’s “forcing companies to run down inventory, curbing new orders,” Jefferies wrote in a note Wednesday. “This is corroborated by weak export growth from Asia during the peak shipping season. The good news is that the run down in the backlog of orders and import intentions appears to be close to a nadir.”

Air cargo globally is sagging amid the increased tariffs, eating into cargo airlines’ profits. Air freight volumes measured in freight-ton kilometers, fell 3.6% in the first half of the year from the same period in 2018, the International Air Transport Association said earlier this month. International air cargo volumes from the Asia-Pacific region fell more than twice as much at 8.1%.

Imports by ocean freight measured by 20-foot equivalent units, the size of some shipping containers, into the U.S. from China fell 5% in the first seven months of the year, according to PIERS, a unit of IHS Markit.

Spot shipping rates to ports along the U.S. West Coast were $1,368 for a 40-foot equivalent container, down more than 7% from the prior week and nearly 30% lower than a year ago, according to data from the Shanghai Containerized Freight Index provided by IHS Markit’s Journal of Commerce.

“It’s hard to determine how much of [the current environment] is retailers and others having enough inventory and how much of it is a reflection of lowered expectations of demand,” he said.