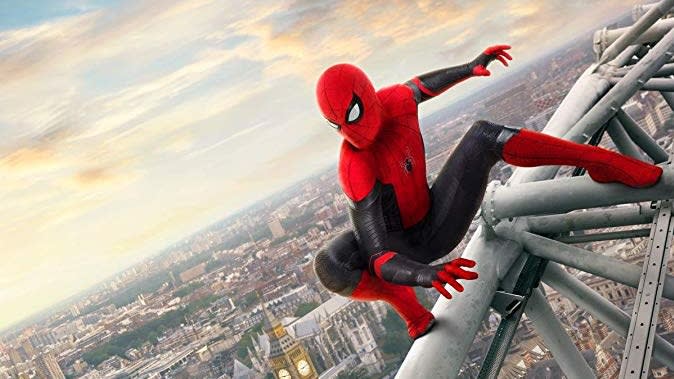 While many fans have rallied behind Disney in the wake of reports that talks had broken down between the company and Sony over future Spider-Man films, at least one person is standing behind Sony — Stan Lee’s daughter.

In a statement to TMZ, Joan Lee said Marvel and Disney need to be “checked and balanced” as they seek total control of her father’s creations.

“Whether it’s Sony or someone else’s, the continued evolution of Stan’s characters and his legacy deserves multiple points of view,” she said. While legendary comic book writer Lee created the Spider-Man character for Marvel comics in the 1960s, Sony has owned the film rights to the character for about two decades.

Disney, which owns Marvel, and Sony had penned a deal in 2015 that would bring Spider-Man into the Marvel Cinematic Universe. In the initial deal between the two companies, Sony would allow Marvel’s creative team to integrate Spider-Man into its cinematic universe and would put up 100% of the production costs.

In exchange, Disney received 5% of “first-dollar gross,” or 5% of the ticket sales from the first day of the release, and retained the merchandising rights for the character. Sony would reap the rest of the box-office haul.

Disney reportedly proposed a 50/50 co-financing deal, meaning each company would put up half of the production costs and then split the profits, according to entertainment news website Deadline. Sony reportedly refused.

If talks do not resume, it is likely that Spider-Man will no longer be part of the Marvel Cinematic Universe, and that could be bad for both Sony and Marvel.

Lee seemed to support Sony’s decision not to accept this new co-financing deal.

“When my father died, no one from Marvel or Disney reached out to me,” Lee said. “From day one, they have commoditized my father’s work and never shown him or his legacy any respect or decency. In the end, no one could have treated my father worse than Marvel and Disney’s executives.”

Representatives for Disney did not immediately respond to CNBC’s request for comment.