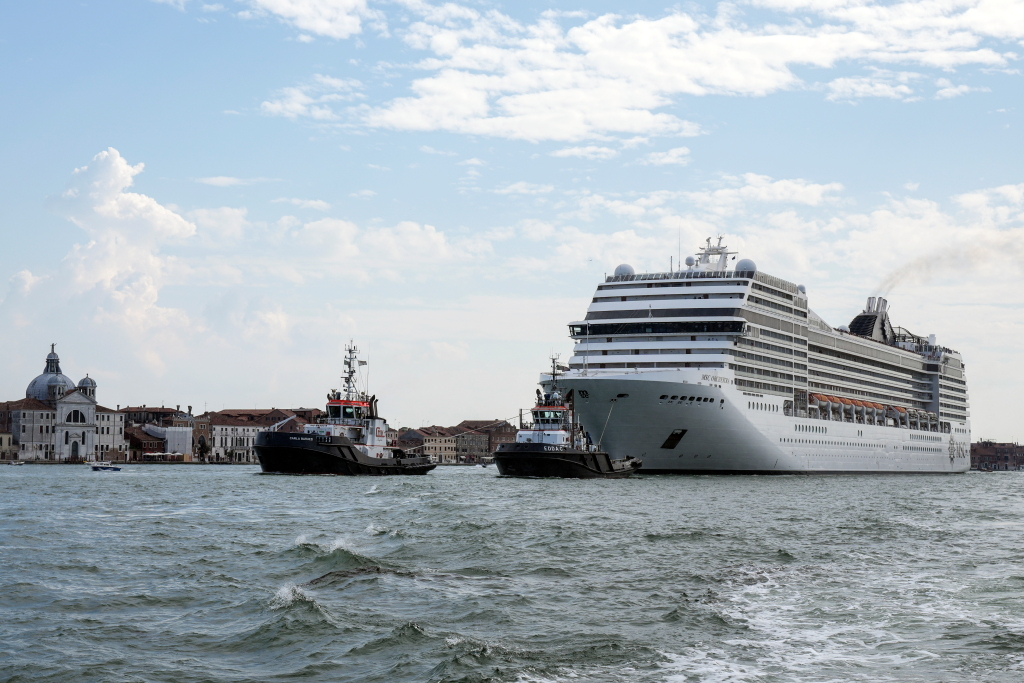 After banning large cruise ships from traveling through its lagoon, Venice has avoided being designed an “in danger” UNESCO World Heritage site. UNESCO made the announcement on Thursday, a week after the Italian cabinet declared the city’s waterways a national monument. The historic move aimed to preserve the embattled ecosystem from damage by the ships, which had begun to return to Venice following a break necessitated by the pandemic.
The World Heritage Committee, the governing body of the heritage sites, has given the Italian government until next December to further detail its efforts to preserve Venice’s ecosystem and heritage. Italy’s Culture Minister, Dario Franceschini, said in a statement that “attention on Venice must remain high” and emphasized the city’s need to find a “sustainable development path.”

Environmentalists have been campaigning for a decade to ban oversized tourist vessels from the lagoon, citing the large waves caused by ships. These waves destabilize the underwater ecosystem and could harm the city’s already fragile foundation. In recent weeks, protestors have staged demonstrations, flying flags reading “No big boats.”
In 2019, UNESCO warned the Italian city about the problems associated with cruise ships passing through the Venice lagoon. Those cruise ships, which brought millions to Venice each year prior to the pandemic, will now be banned from entering the Basin of San Marco, the Canal of San Marco, and the Giudecca Canal as of August 1.
Non-governmental watch groups claim that the ban does not address the many issues the city faces, such as over-tourism and the management of natural resources. The groups also say that the temporary decision to moor cruise ships in the industrial port of Marghera still puts the lagoon at risk.
“The persistent issues afflicting the precarious state of conservation of Venice and its lagoon has long been associated with a complex and ineffective governance framework,” Stephan Doempke, chairman of World Heritage Watch, told the UNESCO committee. “It lacks a long-term vision and a strategy involving the local community.”