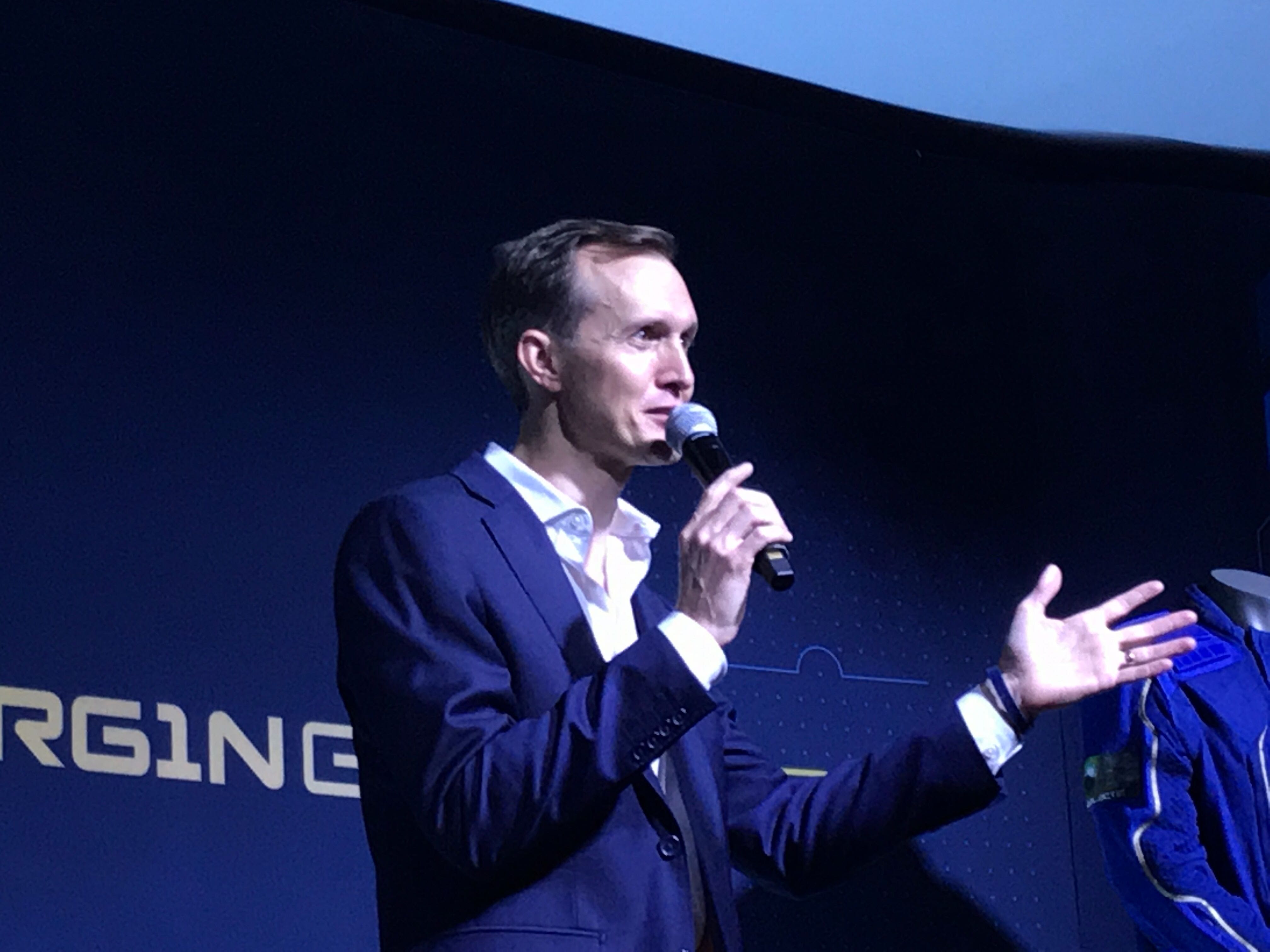 Virgin Galactic CEO George WhitesidesCNBC | Michael SheetzGeorge Whitesides, the former CEO of Virgin Galactic, will fly on the company’s next spaceflight test, CNBC has learned.Sir Richard Branson made the announcement at a party on July 11 in Las Cruces, New Mexico — following his own spaceflight — after thanking Whitesides for leading the company for a decade.”When [Branson] thanked George, he offhand, very casually, said ‘and George will be leading our next flight,’ and people cheered,” Lori Garver, who previously served as the deputy administrator of NASA, told CNBC.Garver was among more than 100 company employees and VIPs celebrating Branson’s successful spaceflight at Hotel Encanto de Las Cruces. Another person who was at the event confirmed Branson’s comments to CNBC.A Virgin Galactic spokesperson in a statement said the company has “not confirmed the details for the Unity 23 manifest at this time.” Whitesides did not respond to CNBC’s requests for comment.Whitesides was Virgin Galactic’s CEO from 2010 to 2020, before shifting to a role as the company’s chief space officer last year when the company brought on Michael Colglazier as CEO. He now chairs Virgin Galactic’s space advisory board.Garver says Whitesides was the only member of the next crew who Branson mentioned at the celebration, with three more people expected to join the spaceflight.The launch’s timing is yet unknown, but Virgin Galactic has previously said it aimed to complete its next two spaceflight tests this summer. There was a 50-day gap between Virgin Galactic’s last two spaceflights, so Whitesides’ launch may happen in late August or early September if the company takes a similar amount of time to prepare.Shares of Virgin Galactic slid 4% in trading on Friday to close at $29.58.Virgin Galactic’s passenger rocket plane VSS Unity, carrying Richard Branson and crew, begins its ascent to the edge of space above Spaceport America near Truth or Consequences, New Mexico, U.S. July 11, 2021 in a still image from video.Virgin Galactic | via ReutersVirgin Galactic has launched four test spaceflights to date, with its most recent, called Unity 22, carrying its billionaire founder. The company’s leadership previously announced that it would fly two more tests of spacecraft VSS Unity, with the first carrying another four “mission specialists” and the second flying members of the Italian Air Force.Billionaire Richard Branson and crew are seen on board Virgin Galactic’s passenger rocket plane VSS Unity before starting their untethered ascent to the edge of space above Spaceport America near Truth or Consequences, New Mexico, U.S. July 11, 2021 in a still image from video.Virgin GalacticThe company’s spacecraft VSS Unity was designed to carry six passengers — in addition to two pilots — but the vehicle is now outfitted to carry four, with Virgin Galactic confirming that its spaceflight with Branson represented a “fully crewed” launch.Virgin Galactic is conducting the spaceflight tests as the final step in developing its vehicle, with the goal of beginning passenger flights in early 2022. The company has about 600 reservations for tickets on future flights.Since Branson’s flight, the stock has slid from highs near $55 a share to trade near $30 a share. The drop in part came following Virgin Galactic’s announcement the day after Branson’s spaceflight that it filed to sell up to $500 million in common stock.Become a smarter investor with CNBC Pro.Get stock picks, analyst calls, exclusive interviews and access to CNBC TV. Sign up to start a free trial today.

Israel says Pfizer Covid vaccine is just 39% effective as delta spreads, but still prevents severe illness
Trump friend Tom Barrack heckled as a ‘traitor’ as he shows up for arraignment on federal charges
To Top
error: Content is protected !!