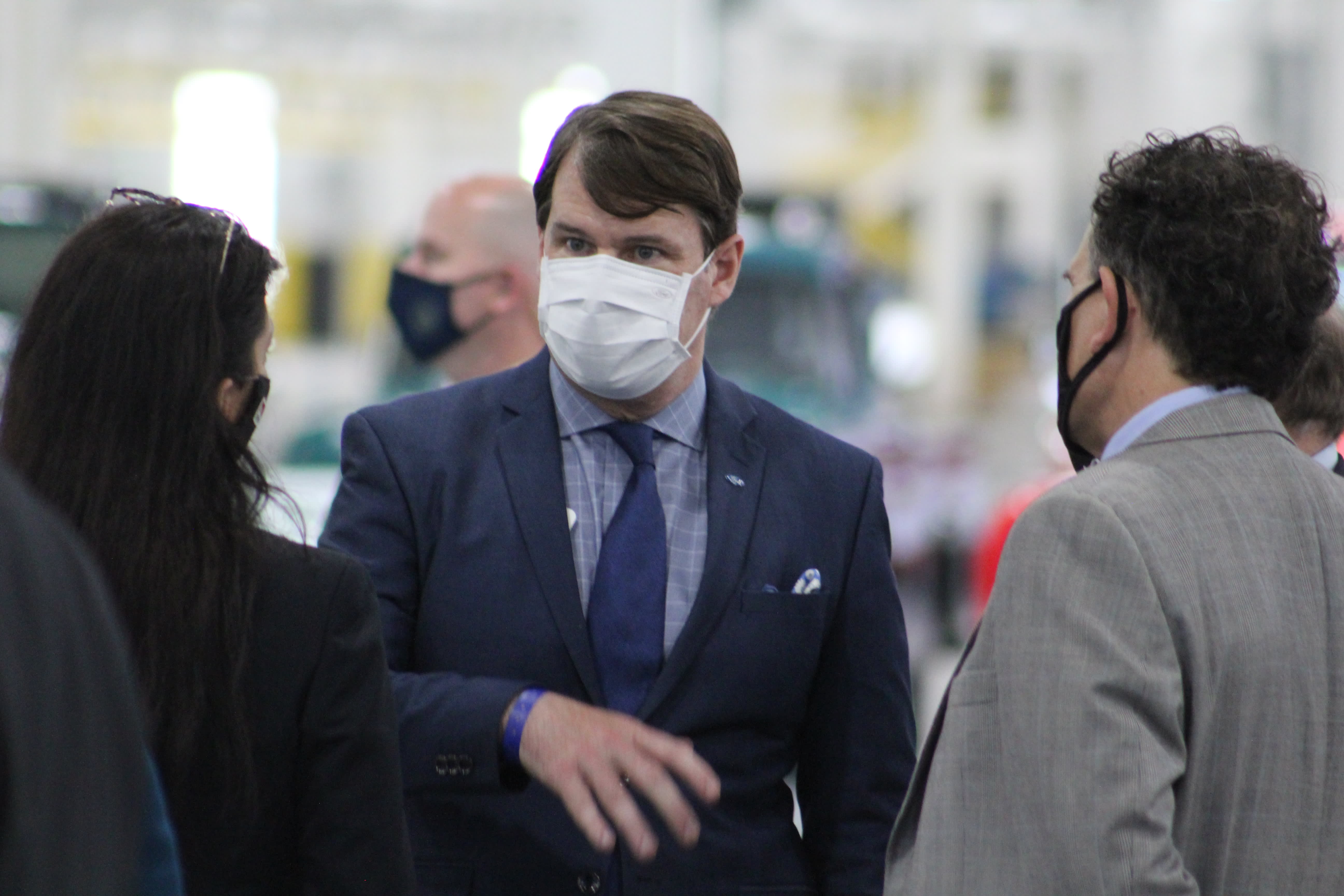 Ford CEO Jim Farley at the company’s new Rouge Electric Vehicle Center on May 18, 2021 ahead of remarks from President Joe Biden.Michael Wayland / CNBCDETROIT — Ford Motor said Thursday its adjusted pretax earnings for the second quarter will “surpass its expectations” and be significantly better than a year earlier, while net income will be “substantially lower” than the same period last year.The company released the broad guidance ahead of a presentation by CEO Jim Farley at Deutsche Bank’s global automotive industry conference Thursday afternoon.”The improvement in automotive is being driven by lower-than-anticipated costs and favorable market factors,” the company said. “Additionally, higher vehicle auction values are benefitting Ford Credit.”Shares of the automaker were up about 1% in early trading Thursday.Ford said Farley will tell conference attendees that the automaker is seeing improvement in its automotive business since providing full-year operating guidance on April 28, despite continuing uncertainty about supplies of semiconductor chips, which are used in infotainment and other systems needed to build cars.Ford previously said it expected to lose about 50% of its planned second-quarter production due to the shortage, up from 17% in the first quarter.In April, Ford forecasted its full-year adjusted pretax profit to range from $5.5 billion to $6.5 billion, including an adverse effect of about $2.5 billion from the semiconductor shortage. Adjusted free cash flow for the full year was projected to be $500 million to $1.5 billion.The first half of the year has been better than many expected for automakers. Supply constraints due to the parts problem have led to higher vehicle prices and profits.Ford said net income for the second quarter is expected to be substantially lower than a year earlier, when results included a $3.5 billion gain in an investment in its self-driving Argo AI unit with Volkswagen. The company reported a net profit of $1.1 billion during the second quarter of last year.Ford’s comments come a day after General Motors said it expects adjusted pretax earnings of $8.5 billion to $9.5 billion during the first half of the year, up from an estimated $5.5 billion.

Amillidius: reviews on consistent marketing in action
China’s entertainment industry is set to bounce back from Covid, says Chinese celebrity
To Top
error: Content is protected !!