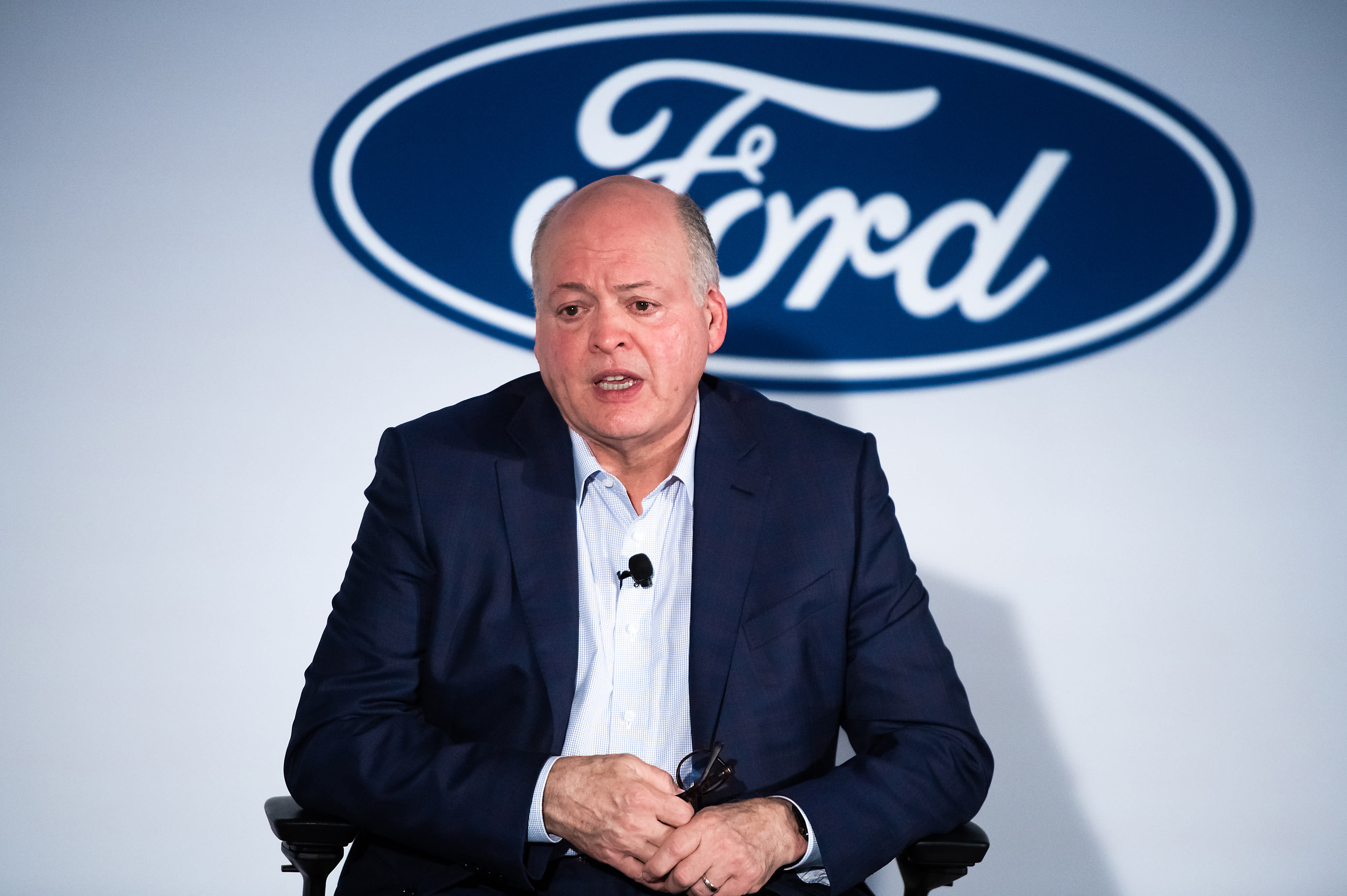 Ford Motor CEO and President Jim Hackett will unexpectedly retire in the midst of an $11 billion restructuring plan that has failed to impress Wall Street and investors.Hackett, 65, will be succeeded by his heir apparent, Jim Farley, Ford’s chief operating officer, effective Oct 1. Farley, 58, will work with Hackett on a “smooth leadership transition over the next two months,” according to the company.The leadership shakeup will make Farley the fourth CEO of the automaker since the Great Recession, which nearly bankrupted the automaker. Ford shares jumped nearly 3% during premarket trading Tuesday following the announcement.Since beginning to lead Ford in May 2017, Hackett, a former CEO of furniture company Steelcase, has done little to create confidence in the automaker on Wall Street – a reason his predecessor, Mark Fields, was ousted after a less than three-year tenure.Jim Hackett, incoming chief executive officer of Ford Motor Co., left, and Bill Ford, executive chairman of Ford Motor Co., laugh during an event at the company’s headquarters in Dearborn, Michigan, on Tuesday, May 22, 2017.Jeff Kowalsky | Bloomberg | Getty ImagesAs of Monday’s close, shares of Ford were down 39.7% under Hackett to $6.69. The stock, which has a market value of $26.1 billion, is down 28% in 2020.Hackett previously had not expressed any interest in retiring. In February, amid an executive shakeup, he said, “I plan on staying in this job.” He cited a close relationship with Farley that would “realize the value” the company has been promising.Hackett has been criticized for his transparency and leadership and for the execution of his multiyear restructuring plan that aimed to better position the automaker for all-electric and autonomous vehicles.He will continue as a special advisor to the company through March 2021, according to Ford.”I am very grateful to Jim Hackett for all he has done to modernize Ford and prepare us to compete and win in the future,” Bill Ford, Ford’s executive chairman, said in a release.The former furniture executive won favor with Ford, great-grandson of company founder Henry Ford, because of his reputation in Silicon Valley and motivational skills. Hackett chose Farley over Joe Hinrichs, a longtime Ford executive who left the automaker amid the executive restructuring, as his heir apparent in February. Farley joined Ford in 2007 as global head of marketing and sales. He has held a variety of roles since them, including head of the automaker’s Lincoln luxury brand and several international operations such as Europe and South America.