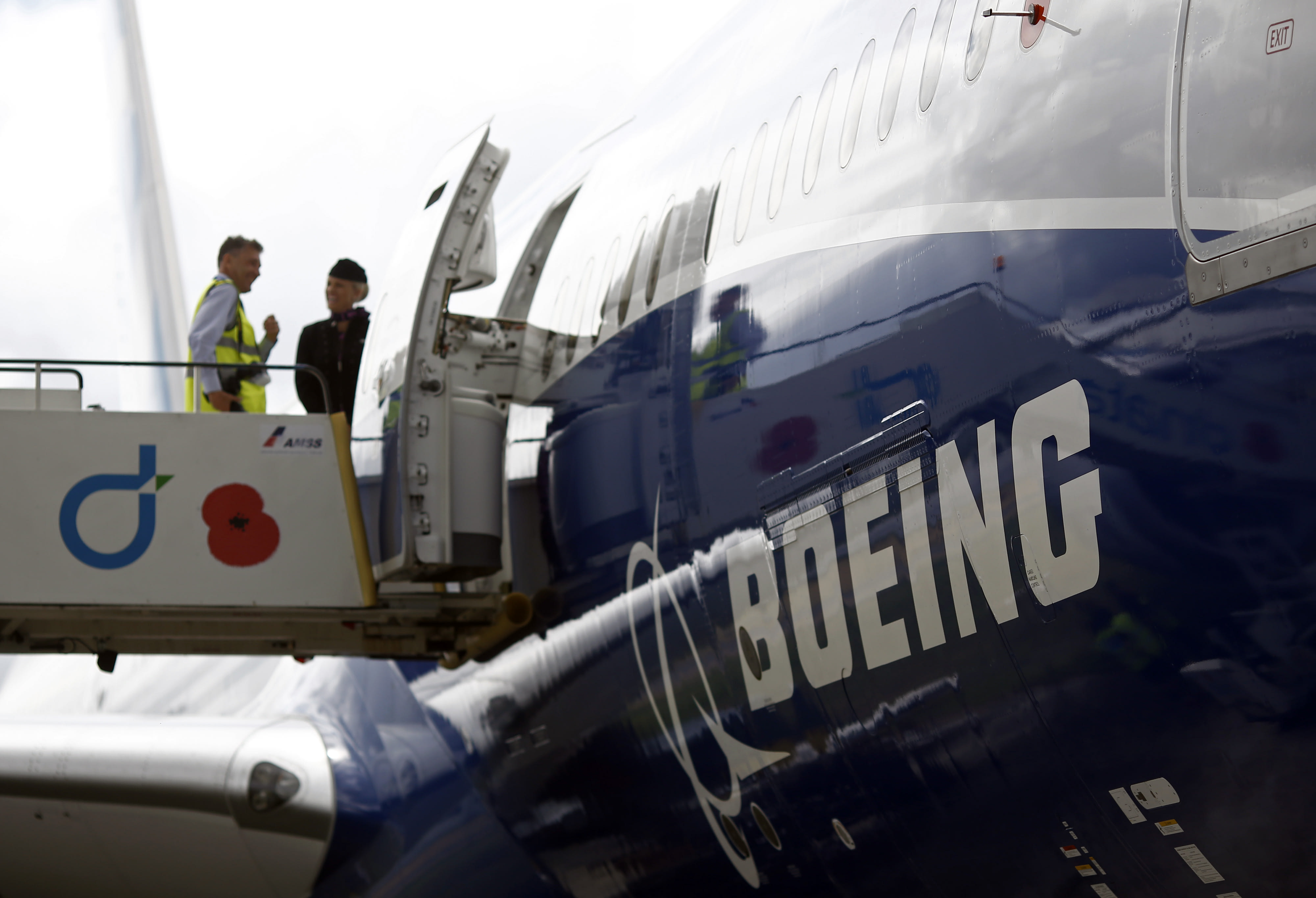 A Boeing logo sits on the fuselage of a Boeing 787-9 Dreamliner aircraft, produced by Boeing Co., as it stands on display prior to the opening of the Farnborough International Airshow in Farnborough, U.K., on Sunday, July 13, 2014.Simon Dawson / BloombergThe Federal Aviation Administration is reviewing quality-control lapses at Boeing that could stretch back almost a decade, The Wall Street Journal reported Monday, citing an internal government memo and people familiar with the matter.The review piles onto the numerous regulatory issues Boeing has faced in the wake of two crashes involving its 737 Max planes that killed all 346 people onboard the two flights. Since then, Boeing has faced renewed scrutiny over its safety standards and manufacturing protocols as well as a deluge of questions from both regulators and lawmakers. Its 737 Max planes remain grounded. This latest assessment was prompted by production issues at a Boeing 787 Dreamliner factory, according to the report. An internal FAA memo reviewed by the Journal showed Boeing notified regulators that it had produced parts that did not meet its own design and manufacturing standards. As a result, the high-level FAA review could require enhanced or accelerated inspections for as many as roughly 900 of the approximately 1,000 Dreamliners delivered since 2011, according to the report.Boeing told regulators a defect in the Dreamliners from the quality lapse wouldn’t pose an immediate safety risk, people familiar with the matter told the Journal, and regulators aren’t planning immediate action. But in August, Boeing decided to voluntarily tell airlines to ground eight of the planes for immediate repairs due to the combination of that defect and a recently discovered assembly-line defect, the Journal reported.In a statement, a Boeing spokesperson said the company identified two separate manufacturing issues which, on their own, still met limit load conditions. But when combined, they “result in a condition that does not meet our design standards.” Boeing notified the FAA and is conducting its own review of the “root cause,” according to the statement and “immediately contacted the airlines that operate the eight affected airplanes to notify them of the situation, and the airplanes have been temporarily removed from service until they can be repaired.””Safety and quality are Boeing’s highest priorities; we are taking the appropriate steps to resolve these issues and prevent them from happening again,” the statement said. “The U.S. Federal Aviation Administration (FAA) has been fully briefed, and we will continue to work closely with them going forward.”In a statement, the FAA said it “is investigating manufacturing flaws affecting certain Boeing 787 jetliners. The agency continues to engage with Boeing. It is too early to speculate about the nature or extent of any proposed Airworthiness Directives that might arise from the agency’s investigation.”Read the full report at The Wall Street Journal.Subscribe to CNBC on YouTube.WATCH: How airlines park thousands of grounded planes