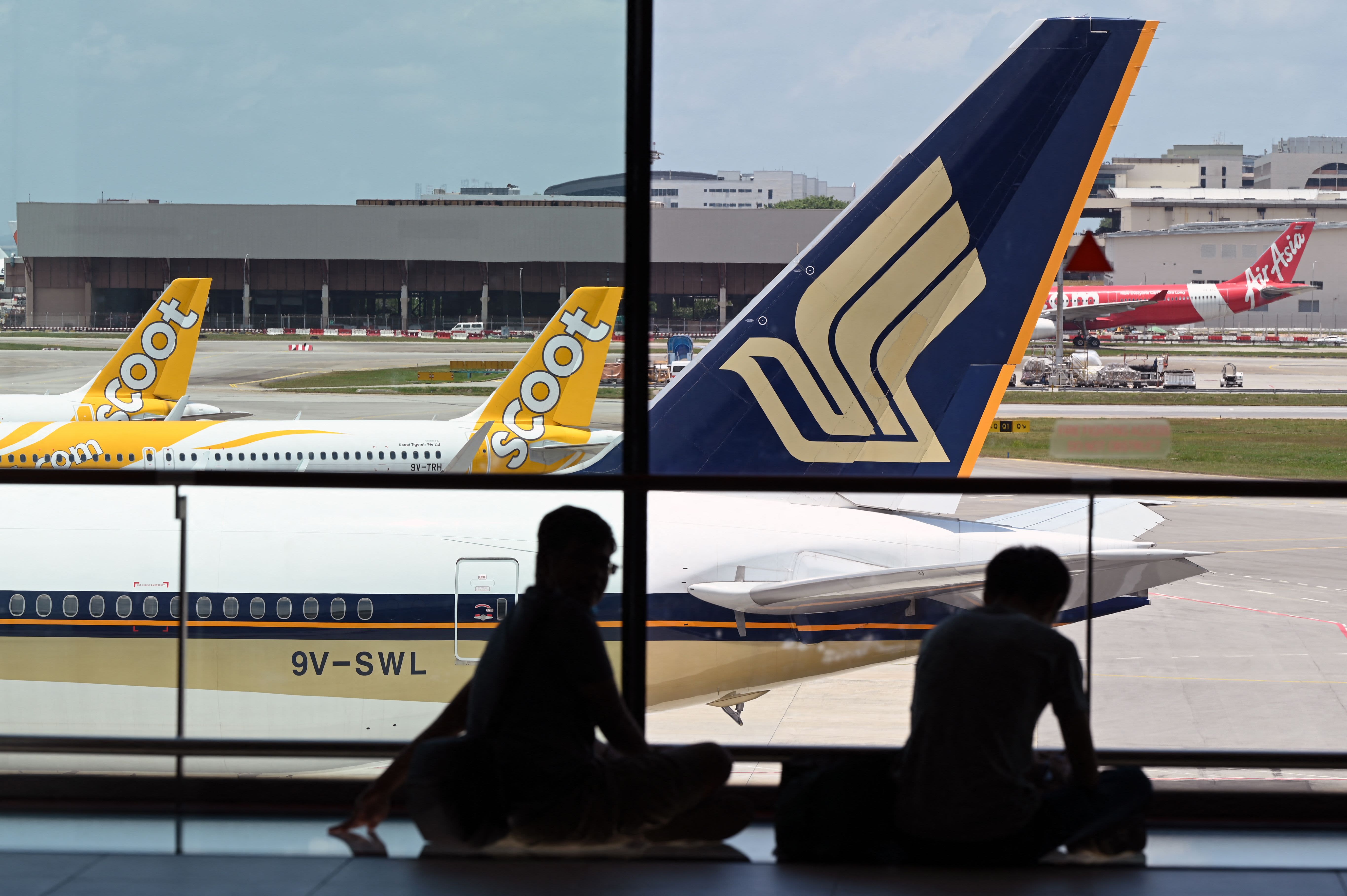 A Singapore Airlines plane is parked beside Scoots passenger planes on the terminal tarmac at Changi International Airport in Singapore on March 15, 2021.Roslan Rahman | AFP | Getty ImagesInterest in travel between Singapore and Germany shot up after a so-called vaccinated travel lane between the two countries was announced, which means that inoculated travelers can skip quarantine.Popular online travel booking site Expedia said searches for travel from Singapore to destinations in Germany spiked nearly 10 times, as compared to the average for the past seven days, as of Friday afternoon.Interest was also high for travel from Germany to Singapore, the site said. “While Singapore was never a top 10 leisure destination for German travellers, it was interesting to see interest for travel to Singapore from Frankfurt and Munich jump by 70% in the last 24 hours,” said Lavinia Rajaram, APAC head of communications at Expedia, in a Friday statement.”With the launch of the vaccinated travel lane scheme, this will surely bode well with those who are already vaccinated and have a desire to travel, and provide a much welcomed boost to the travel industry,” Rajaram added.Singapore’s vaccinated travel lane with Germany was on Thursday announced by the city-state, which also extended this initiative to Brunei.Applications for the quarantine-free travel to Singapore from Germany or Brunei will open from September, but it does come with certain conditions. Fully vaccinated people traveling to Singapore will have to take four Covid tests — one two days before departure, one upon arrival, one on day three and another on day seven.Other conditions for travel to Singapore from Germany or Brunei include:Traveling on designated, nonstop flights for the vaccinated travel lane (VTL);Remaining in Germany or Brunei for 21 consecutive days before the flight;Downloading a contact tracing app in Singapore.On ticket prices, Expedia’s Rajaram added that airlines offering flights under the scheme have announced “competitive pricing.”Still, Rajaram said: “It’s too early to conclude if prices are going to increase in the next few days — but we can expect demand to grow closer to the holiday season.”Searches for travel from Hong Kong, Macao also riseSingapore had also announced that travelers from Hong Kong and Macao, regardless of vaccination status, can now apply for an air travel pass to enter Singapore.They also will not need to serve quarantine, but must take a Covid test when they arrive in Singapore, and self-isolate until they receive a negative test result, Singapore authorities said.Searches for travel from the two Chinese territories to Singapore also went up following the announcement — by close to 450%, according to Expedia.”This is not a surprise to us, given travellers in Hong Kong (HK) have been extremely eager to take that first leisure trip. Singapore is also a top destination for HK travellers in the second half of the year,” Expedia said.— CNBC’s Abigail Ng contributed to this report.