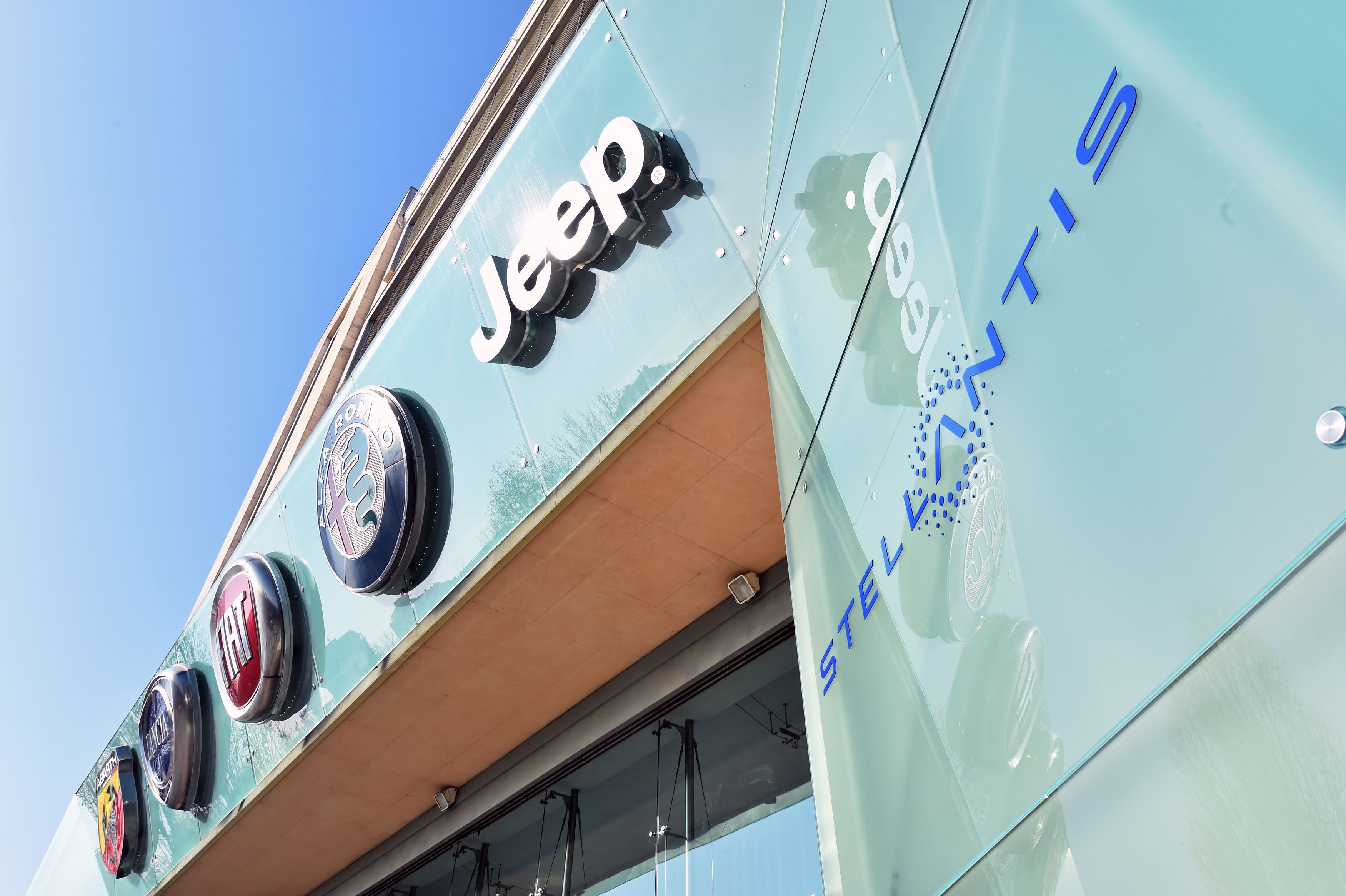 The logo of Stellantis, the world’s fourth-largest automaker which starts trading in Milan and Paris after Fiat Chrysler and Peugeot maker PSA finalised their merger, is seen at the main entrance of FCA Mirafiori plant in Turin, Italy, January 18, 2021.Massimo Pinca | ReutersStellantis – the merged automaker between Fiat Chrysler and French automaker PSA Groupe – plans to invest at least $35.5 billion ($30 billion euro) in electric vehicles and supporting technologies through 2025.The world’s fourth-largest automaker announced the plans Thursday during an electrification strategy event. Stellantis joins automakers such as Volkswagen, General Motors and Ford Motor in announcing investments of tens of billions of dollars in EVs.Most notably, for the U.S., Stellantis said it would offer an electric Dodge muscle car by 2024 and Jeep would offer an all-electric SUV in every vehicle segment by 2025. The company also plans to launch a Ram full-size electric pickup by 2024, which would put it at least two years behind American rivals Ford and GM.Stellantis shares on the New York Stock Exchange were down by about 3.5% during early trading Thursday morning to under $19 a share. The company’s market cap is about $30 billion.Stellantis CEO Carlos Tavares said the company is in “full execution mode” regarding its plans for vehicle electrification. He said Stellantis expects more than 70% of sales in Europe and over 40% in the U.S. to be low emission vehicles, which could be EVs as well as hybrid electric models.”Our electrification journey is quite possibly the most important brick to lay as we start to reveal the future of Stellantis,” Tavares said during the event.Executives with the company said they are working on new EV platforms as well as technologies to increase the lifetime of the vehicles such as over-the-air, or remote, updates as well as in-house technologies related to EVs.The company said it plans to have five battery production facilities, which it’s calling gigafactories, by 2030.Stellantis CFO Richard Palmer said the company plans to have double-digit adjusted profit margins by around 2026.Stellantis has 14 brands including Jeep, Ram, Opel, Fiat, Peugeot and Maserati. During the event, it highlighted electric plans for several of its brands. It was formed through a $52 billion merger between Fiat Chrysler and PSA Groupe in January.