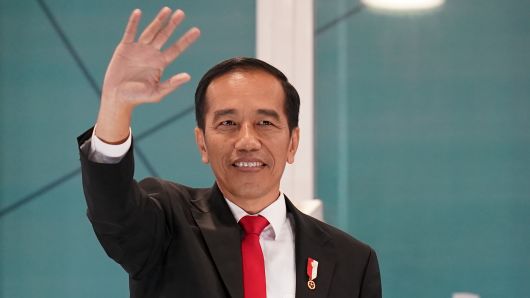 One of the pollsters, the Jakarta-based CSIS, showed Widodo with 56.7 percent and Prabowo at 43.3 percent, after just over half of the votes were counted.

“We are not claiming anything yet,” CSIS Executive Director Philips Vermonte told Reuters. “The data will likely stabilise at 90 percent. Our staff are validating the data.”

Asked to comment on the “quick count” results, Prabowo campaign spokesman Dahnil Anzar Simanjuntak said that numbers based on 50 percent of votes was not enough.

The one-day elections for both the presidency and legislature seats followed a campaign across the sprawling equatorial archipelago that was dominated by economic issues but was also marked by the growing influence of conservative Islam.

The eight-hour vote across a country that stretches more than 5,000 km (3,000 miles) from its western to eastern tips was both a Herculean logistical feat and testimony to the resilience of democracy two decades after authoritarianism was defeated.

Widodo, a furniture businessman who entered politics 14 years ago as a small-city mayor, narrowly defeated Prabowo in the last election, in 2014.