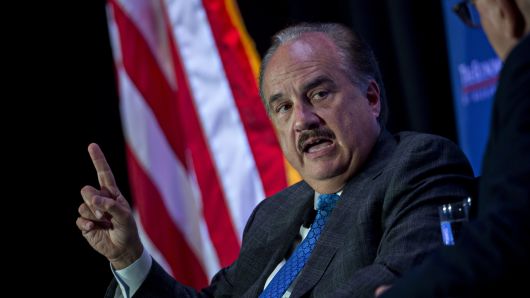 Executives from the nation’s largest pharmacy benefit managers denied Tuesday that the industry’s so-called “backdoor deals” with drug manufacturers are responsible for the increasingly higher prices patients pay for medication, pointing the finger at Big Pharma instead.

The companies — CVS Health, Cigna, OptumRx, a subsidiary of UnitedHealthcare, Prime Therapeutics and Humana — said rebates paid by drug companies to PBMs, sometimes called “middlemen,” are “not secret or hidden payments” as some lawmakers in Congress insist, according to written testimony submitted for a hearing before the Senate Finance Committee. They said rebates are actually “a powerful tool used to offset” the high list prices set by pharmaceutical companies.

Executives blamed high drug prices on the drugmakers and their pursuit of profits. They blasted the drug industry for the rising cost of brand-name drugs and cited the high cost of insulin, a nearly 100-year-old medication, which has nearly doubled in price from 2012 to 2016 to $5,700 from $2,900.

High drug costs have become a rare bipartisan issue with lawmakers on both sides of the aisle demanding something be done. President Donald Trump has made lowering prices one of the key issues of his administration. Democrats are jockeying to prove they can lead reform. PBMs have arguably received the brunt of the blame from lawmakers.