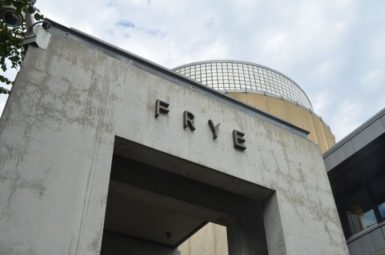 Last week, nearly all of the security workers at the Frye Art Museum in Seattle banded together to take the first steps toward forming a union. The National Labor Relations Board had given the institution until this afternoon to choose how it would respond, and today the Frye told members of the potential union that it would not willingly recognize the group.

On Thursday, according to workers at the Frye, the museum responded to the calls for the union by distributing literature that presented information about the difficulties of joining and operating a union. Frye security guards said that the museum’s CEO, Joseph Rosa, handed out pamphlets to employees that featured a set of questions and answers related to the union. One question on the sheet is “Is the Museum happy with how things are now?” The answer: “We have always done our best to deal fairly with you, and we believe this is a great place to work.”

Of the 12 security guards at the museum, 11 are working to form the union. The members of the potential group, titled the Art Workers Union, say that the Frye’s wages are too low and that its benefits are lacking. On June 18, the guards will vote in an election that will determine whether the union can officially be formed.

In a statement, a Frye spokesperson said, “A fact sheet was distributed to union-eligible staff containing important information including the date and time of the election, as required by the NLRB. The museum values its security services team and supports their right to make an informed decision at the election on June 18.”