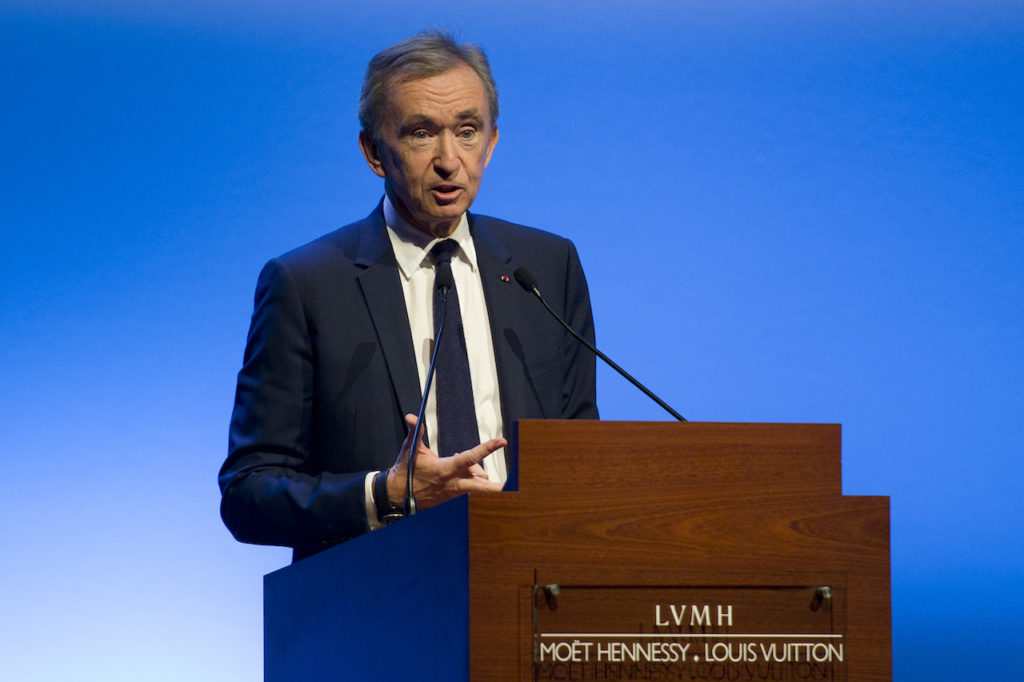 On Monday night, French president Emmanuel Macron announced a campaign to rebuild the Cathedral de Notre-Dame in Paris after a fire whose cause remains unclear. Already, art collectors in the country have responded in accord. François Pinault and his son François-Henri said they will contribute €100 million ($113 million), and Bernard Arnault joined the efforts as well with a pledge to give €200 million ($226 million). Both are included on the “ARTnews Top 200 Collectors” list.

The funds from Arnault will partially come from LVMH, a luxury goods conglomerate founded by Arnault that owns the fashion brands Dior, Givenchy, and Louis Vuitton, as well as the wine and spirits companies Hennessy, Möet & Chandon, and Veuve Clicquot, among others.

“The Arnault family and the LVMH Group, in solidarity with this national tragedy, are committed to assist with the reconstruction of this extraordinary cathedral, symbol of France, its heritage, and its unity,” a press release said.

In addition to running LVMH, Arnault has been a force in the Paris art world. In 2014 he opened the Fondation Louis Vuitton in Paris; it has since become one of the most important contemporary art museums in the French capital. Arnault and his wife Hélène have appeared on the “ARTnews Top 200 Collectors” list each year since 2006.

The fire at Notre-Dame began Monday evening and engulfed a spire and two-thirds of the cathedral’s roof.

[Read a report on the blaze at Notre-Dame.]

Built between the 11th and 12th centuries, Notre-Dame is one of the finest examples of Gothic architecture in the world. It has become a symbol of French culture and an essential part of the country’s identity.

Officials are still assessing the damage to the cathedral. Early results of an investigation launched Monday suggested the fire was started accidentally and could be linked to construction under way as part of a restoration initiative. On Tuesday morning, officials said they had recovered one of the most prized objects within the cathedral—a crown said to have been worn by Jesus Christ.