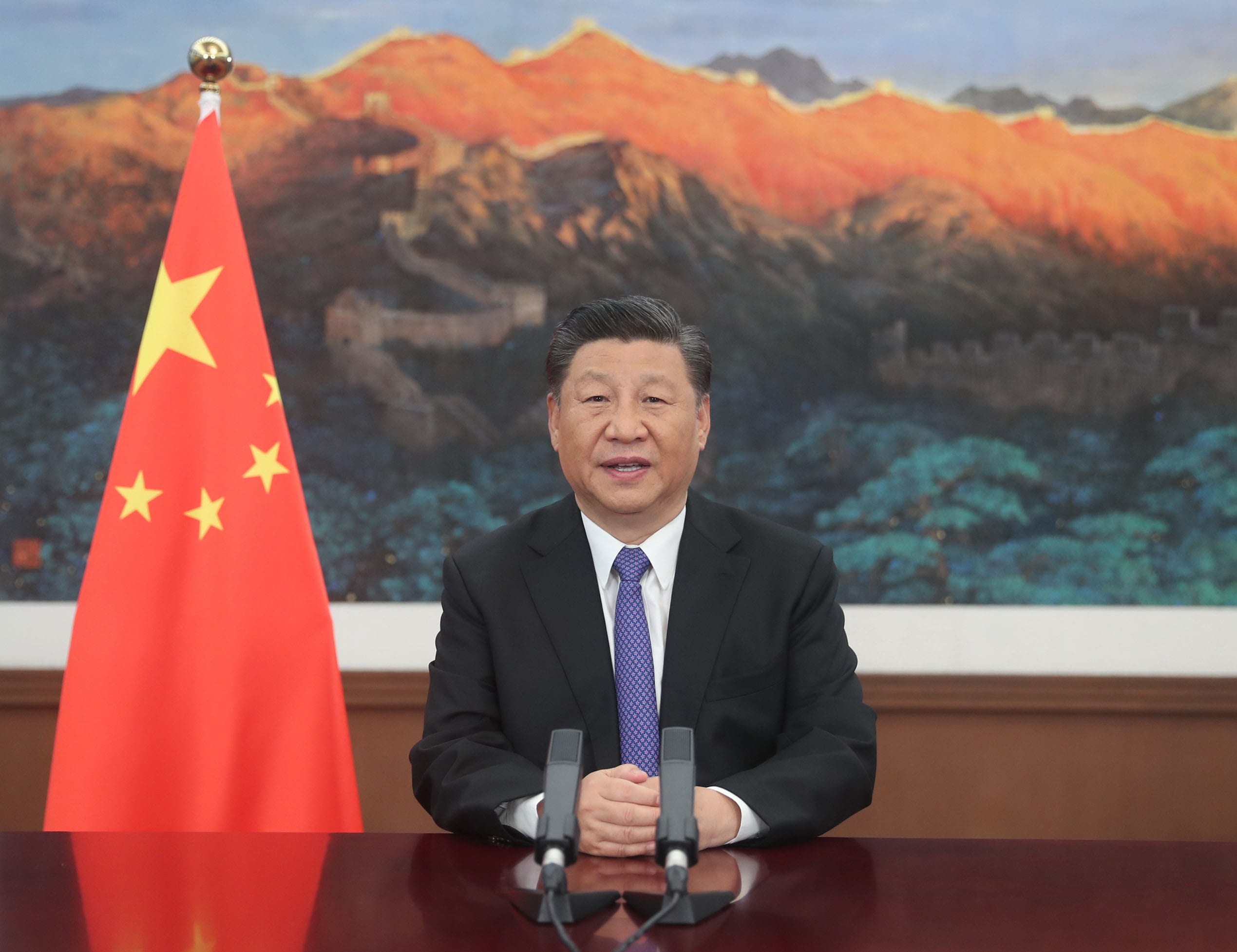 Chinese President Xi Jinping addresses the opening ceremony of the fifth annual meeting of the Asian Infrastructure Investment Bank via video link, in Beijing, capital of China, July 28, 2020.Xinhua News Agency | Getty ImagesChina’s President Xi Jinping on Tuesday affirmed his country’s commitment to working with others, as he pushed for the cementing of the role of the Asian Infrastructure Investment Bank in the global economic governance system.”Let us stay open and inclusive and make the AIIB a new paradigm of multilateral cooperation,” Xi said Tuesday at the opening ceremony of the the Chinese development bank’s annual meeting, which was held virtually this year due to the coronavirus pandemic.Xi called on the bank to “grow into a new platform that promotes development for all its members and facilitates the building of a community with a shared future for mankind.”The AIIB has provided nearly $20 billion in infrastructure investment to its members since its launch in 2016, said Xi. Seen as a rival to the U.S.-led World Bank and Japan-led Asian Development Bank, the AIIB currently has 102 members from Asia, Europe, Africa and the Americas.”Under the principle of extensive consultation, joint contribution and shared benefits, the AIIB needs to respond to adjustments and changes in the global economic landscape and engage more development partners in cooperation,” Xi said in Beijing at the start of the two-day event.”It needs to provide public goods for our region and beyond, push for regional economic integration, and help make economic globalization more open, inclusive, balanced and beneficial for all,” Xi said, according to an official translation from the bank.The AIIB has set up a Covid-19 crisis recovery facility to help its members deal with the fallout from the global pandemic. The loan facility provides between $5 billion to $10 billion in financing.The Chinese leader’s words came as the U.S. continues to retreat from its globalization efforts under the administration of President Donald Trump. It also comes as the world’s two largest economies spar on a myriad of issues from trade to technology, amid tensions over the origins of the coronavirus, as well as rivalry in the South China Sea.AIIB President Jin Liqun said on Wednesday that “because of some of the problems which occurred to globalization, there is some backlash.”However, he added: “What is important is not to throw out globalization or multilateralism. What is important is to fix problems created in the course of multilateral development of globalized economy.”  “We need to fix the problems but we should not go against globalized economy or global integration,” Jin told CNBC’s “Squawk Box.”

Your quick-start guide to podcast advertising

Facebook to remove thousands of outdated interest targets for advertising